More volatile than many goods that are already fully declared as “hazmat,” lithium batteries can self-ignite when damaged, defective, or exposed to a heat source. In fact, test results released by the FAA in July show that as few as three lithium-ion batteries in thermal runaway can vent gas and contribute to an explosion on board an aircraft even if fire suppressant is present.

“The FAA’s latest tests show how few batteries are needed to cause a fire on board an aircraft that will overwhelm the available suppression systems,” said Capt. Joe DePete, ALPA’s first vice president and national safety coordinator. “The safety risk from the shipment of lithium batteries has been clear for decades, but these new tests show the urgency of the need for quantity limits and improved packaging standards.”

Lithium-metal batteries are usually nonrechargeable and power items such as cameras, watches, and smoke detectors. The battery contains metallic lithium. If a fire occurs, the burning metal does not respond to suppression measures. Lithium-metal fires burn at very high temperatures and can produce large quantities of smoke that may overwhelm aircraft ventilation systems and enter the cockpit. Halon, the fire suppressant traditionally carried aboard airliners, is not effective against lithium-metal battery fires.

Generally rechargeable, lithium-ion batteries are found in cell phones, MP3 players, and laptop computers. They contain a flammable liquid electrolyte and can self-ignite if damaged, exposed to high temperatures, or subjected to a short circuit. While Halon has been shown to suppress the flames from a lithium-ion battery fire, the FAA has stated it’s marginally effective in protecting cargo shipments due to its inability to prevent cell-to-cell thermal runaway propagation. As lithium-ion cells are heated during the fire, flammable vapors are vented and can accumulate in an enclosed space, setting the stage for an explosion if a spark is introduced, such as from an adjacent battery igniting.

ALPA is not calling to restrict individual batteries that passengers may carry on board in personal electronic devices, but the shipment by air of large quantities of lithium batteries remains a serious—and preventable—safety concern. 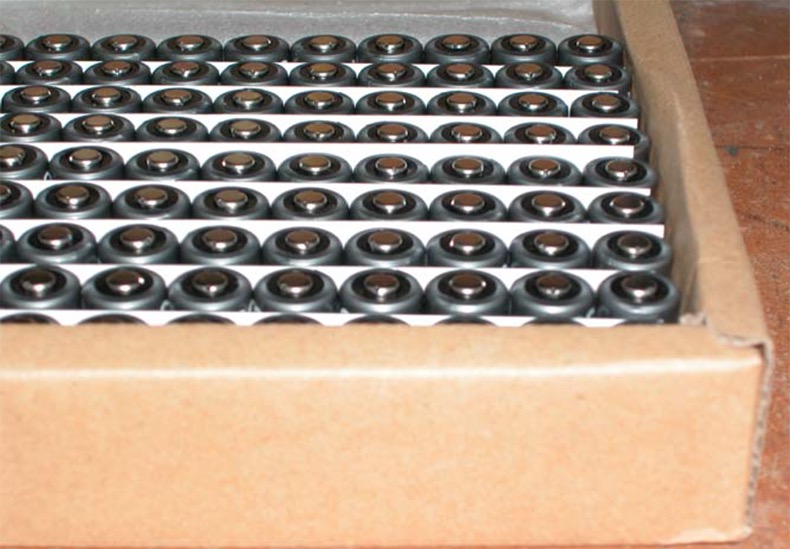 Airlines and manufacturers speak out

Recently, both airlines and airplane manufacturers have drawn attention to the risk. Delta Air Lines and United Airlines announced earlier this year that they would no longer accept shipments of lithium-ion batteries as cargo due to safety concerns.

In July, both Boeing and Airbus issued guidance to their customers concerning the risks associated with carrying high-density shipments of lithium batteries as cargo. Boeing recommended that high-density packages of lithium-ion batteries and cells not be transported as cargo on passenger airliners until such time as safer methods of transport are established and followed. Both manufacturers recommended conducting a risk assessment on transporting lithium battery shipments.

In 2013, the International Civil Aviation Organization (ICAO) issued new provisions for shipping lithium batteries by air. ALPA was involved in this process through its membership in the International Federation of Air Line Pilots’ Associations (IFALPA).

While the ICAO technical instructions marked important progress, they fall short in key areas, including the lack of a requirement to stow batteries in a compartment equipped with adequate fire suppression, the lack of quantity limits for a compartment or aircraft, the lack of standards for cargo-compartment suppression that address lithium battery fires, and continuing to permit small packages of batteries to be combined in an “overpack,” which effectively creates a large shipment that is still excepted from the majority of dangerous goods provisions.

In late 2014, the United States decided to follow the ICAO standards. While ALPA fully supports the new guidelines, protecting air transportation from the risks posed by lithium batteries is a package deal and additional standards are needed.

ALPA pilots, led by F/O Mark Rogers (United), ALPA’s then director of Dangerous Goods Programs and current IFALPA Dangerous Goods Committee chairman, joined with representatives of the major aircraft manufacturers to form a new ICAO working group to develop packaging standards that ensure any hazardous effects of a lithium battery fire are contained within the package.

“With a packaging standard in place, a fire in a lithium battery package would be prevented from spreading to other packages in a cargo compartment or endangering the aircraft,” said Capt. Scott Schwartz (FedEx Express), who succeeded Rogers in August as ALPA’s director of Dangerous Goods Programs and now leads ALPA’s efforts on the issue. “These packaging standards are essential to fully protect air transportation from the threat posed by potential fires and even explosions aboard aircraft.”

ALPA, the world’s largest nongovernmental aviation safety organization, is calling for ICAO to fully regulate all lithium battery shipments and to implement packaging restrictions and quantity limits for lithium batteries based on the cargo compartment location and capabilities. Moreover, ALPA is also seeking to extend the prohibition of lithium-metal batteries aboard passenger aircraft to cargo-only aircraft until adequate packaging can be developed.

“The danger posed by the shipment of lithium batteries aboard aircraft does not change depending on whether it’s a passenger flight or an all-cargo freighter,” said DePete. “Unless and until adequate packaging standards are in place for shipping lithium-metal batteries, they should be banned as cargo on all airliners.”

While ALPA urges ICAO to act, ALPA has also made clear that the United States must continue to maintain the gold standard of aviation safety by doing more to safeguard lithium battery shipments by air.

In the FAA Modernization and Reform Act of 2012, Congress stated that the Department of Transportation secretary may exceed ICAO requirements regarding transportation of lithium batteries when “a credible report with respect to a safety incident from a national or international governmental regulatory or investigating body demonstrates that the presence of lithium-metal cells or batteries or lithium-ion cells or batteries on an aircraft has substantially contributed to the initiation or propagation of an onboard fire.”

On Sept. 2, 2010, a B-747-400F departed Dubai International Airport on a scheduled cargo flight to Cologne, Germany. Although the aircraft was carrying more than 80,000 lithium batteries, most were excepted from the majority of the dangerous goods provisions, and none were registered on the pilot notification form. Shortly into the flight, the flight crew advised air traffic controllers that the fire-warning systems for the cargo compartments indicated an onboard main deck fire. The crew declared an emergency and requested an immediate return to Dubai, but the freighter ultimately crashed several miles from the airport with the loss of both pilots’ lives.

“The tragic loss of life in that accident, and the ensuing government investigation that identified lithium battery shipments as contributing to that loss, more than meets the requirement for the United States to continue to set the standard for aviation safety when it comes to safely shipping large quantities of lithium batteries,” said DePete. “The United States must fully regulate lithium batteries as hazardous materials and ensure the full range of safety protections that are required when dangerous goods are transported by air are applied.”

ALPA is focusing on maintaining and updating safety issues related to the upcoming FAA reauthorization. Congress is expected to start debate on the legislation in October.

Current U.S. regulations allow an unlimited number of lithium-ion batteries as cargo on all airplanes. As a result, batteries can be transported without appropriate safety protocols. They can self-ignite when damaged, defective, or exposed to a heat source. Furthermore, a lithium battery fire cannot be suppressed by traditional fire-suppression systems, and the noxious gas they produce can explode under pressure. ALPA is asking Congress to give the Department of Transportation secretary the authority to issue lithium battery safety regulations and not be superseded by international standards set by the International Civil Aviation Organization (ICAO). The 2012 version of the FAA bill restricted the agency’s ability to regulate to a standard more stringent than ICAO’s. Now is the time to address this issue.