Book Review - Sojourners of the Sky 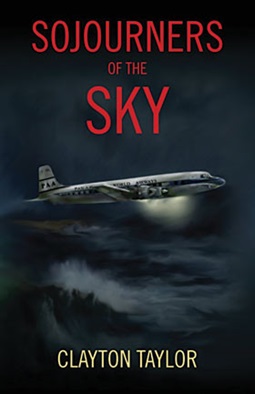 It’s been said that revenge is a pill you take in hopes of poisoning someone else. That’s one of the main themes of Sojourners of the Sky. Sojourners spans three generations of airmen and the interactions of two pilot families whose fates are inextricably interwoven. Much of the action takes place on two fateful flights: The first involves a Pan Am DC-6 trip from New York’s Idlewild to London Heathrow on a winter’s night in March 1958 (murder in the lav!); the second, a Northwest B-747-400 longhaul from Detroit to Tokyo Narita in 1992.

Also woven into this multigenerational tale are two kids, 12 and 14 years old, learning to fly a Cessna 150 from their grandparents’ farm. A family misunderstanding leads the pair to steal the airplane in an ill-considered attempt to run away from home.

In addition to the exciting flight scenarios and the overarching moral, Taylor offers observations along the way about his fellow airmen. For example, this paragraph:

“Charles, like many pilots, lived in a near constant state of paranoia. It’s one of the reasons they are able to survive their careers. Though it’s wise for men of the air to avoid trusting anything or anyone completely, because they will likely get bit, those same fears often hinder their personal lives. Some figure that out and cope accordingly; Charles never did.”