By the Numbers: The Railway Labor Act in Action


The recently averted railroad strike in the United States provides an example of late-stage contract negotiations conducted under the terms of the Railway Labor Act (RLA). While most U.S. unions fall under the National Labor Relations Act, the RLA governs organized operational railroad and airline employees. This federal law addresses certain transportation-industry disputes that could potentially disrupt interstate commerce. While ALPA hasn’t experienced a strike for 12 years, it’s important for members to understand the different phases of the collective bargaining process under the RLA. Watch a brief ALPA video that explains how contract negotiations are conducted under this law. 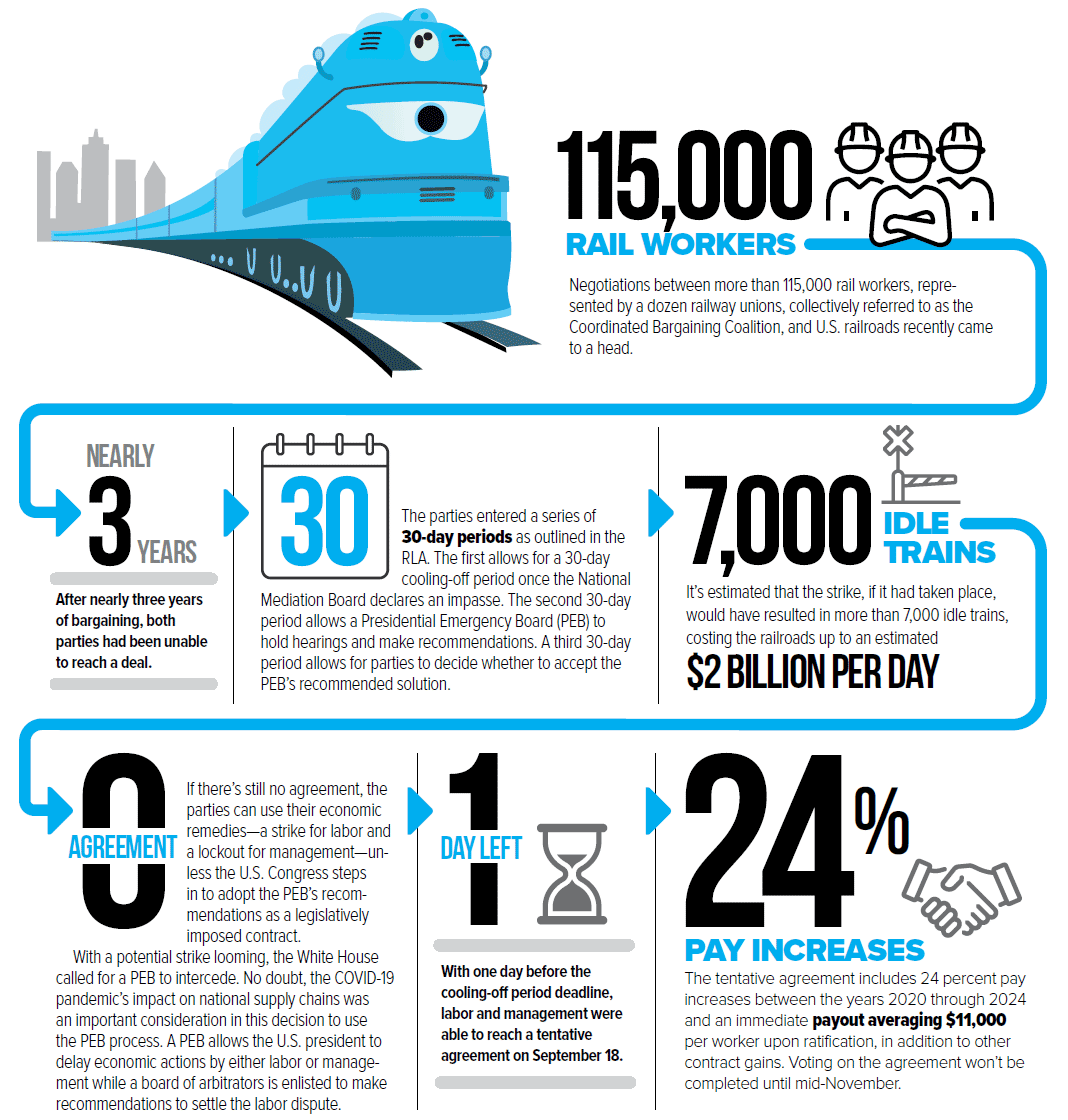