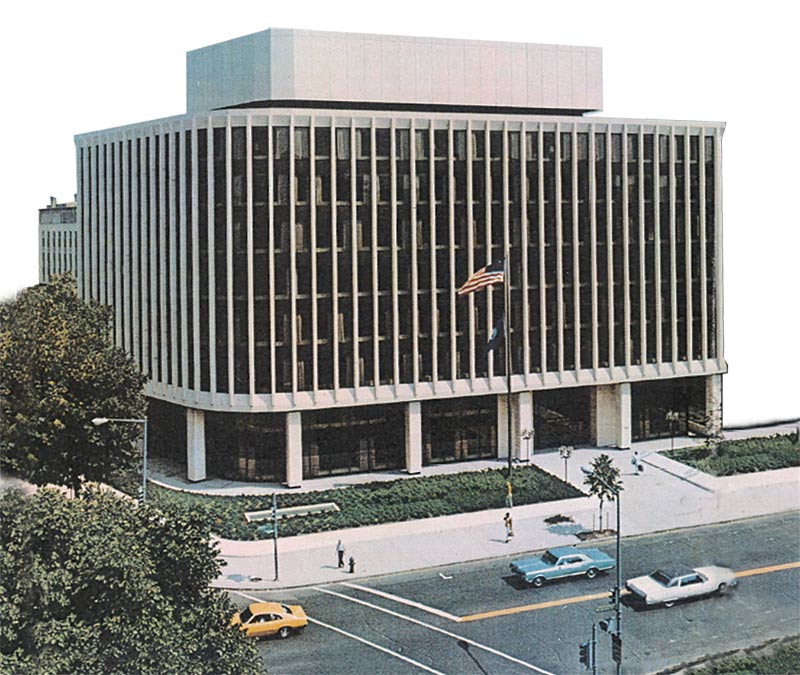 On December 17, ALPA closed its office at 1625 Massachusetts Avenue, NW, in Washington, D.C. Centrally located near government agencies, other labor unions, and industry trade organizations, the glass-and-marble, eight-story building is where ALPA established its reputation as the largest nongovernmental aviation safety organization in the world.

1962—May 29-June 6
During the 17th ALPA Board of Directors (BOD) meeting, the BOD authorized the Executive Committee to move to Washington, D.C., if “in the best interests of ALPA.”

1966—November 20–29
Recognizing that moving to Washington, D.C., would enable ALPA to more effectively “conduct business at the various governmental, regulatory, and legislative agencies,” the BOD approved the relocation of the “home office” to Washington, D.C., during its 19th regular meeting. Following through on this mandate, a Washington Move Committee was established. 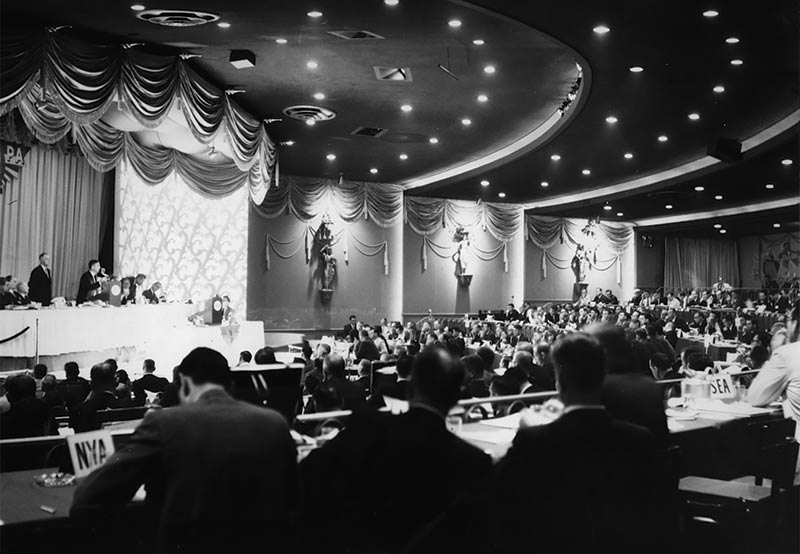 1968—February 16–17
At a special meeting, the BOD reaffirmed the move to Washington, D.C., and voted to rent space until a suitable building site could be found, directing this be accomplished by Nov. 1, 1968.

1968—August 1
Capt. Charles Ruby, ALPA’s president, managed the relocation from the Cicero office in Chicago, Ill., to temporary offices in the Munsey Building at 1329 E Street NW in Washington, D.C. The leased space—only a few blocks from the White House—became ALPA’s new home office for the next four years. 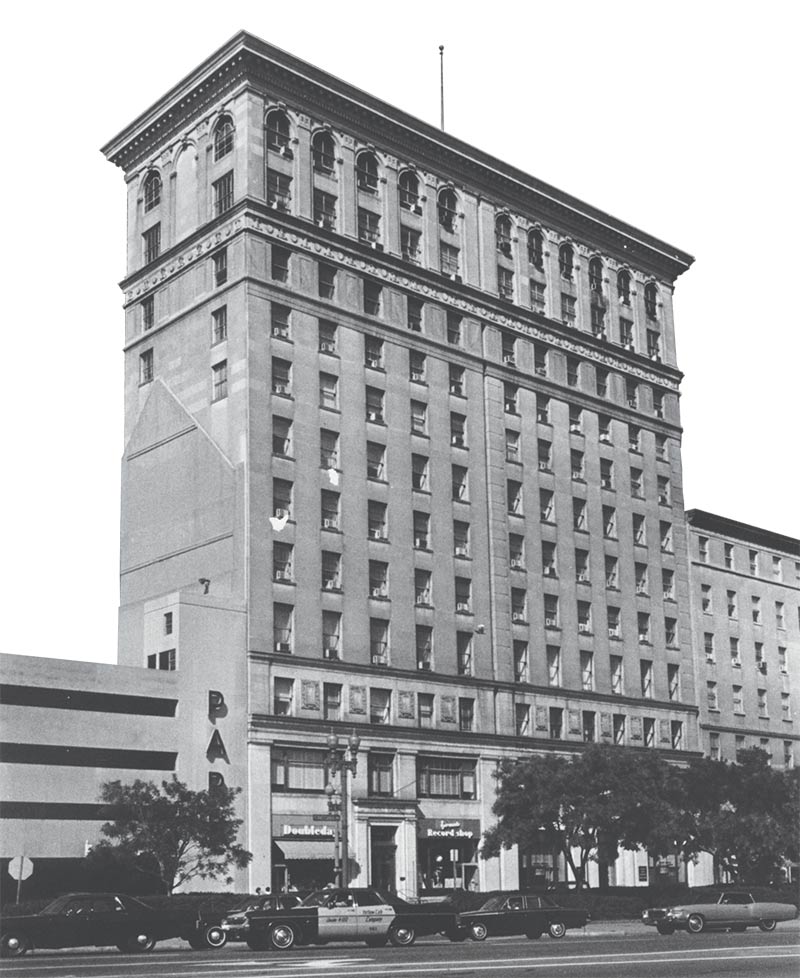 1968—November 1
ALPA completed purchase of a site on Massachusetts Avenue in Washington, D.C., to build a new headquarters building.

1970—November 5
ALPA held a groundbreaking ceremony to mark the beginning of construction on the new headquarters. 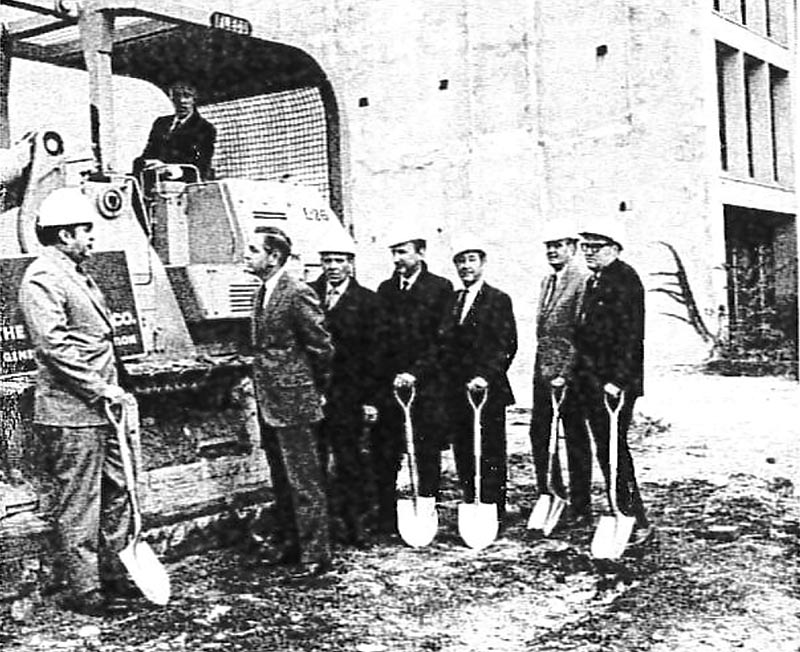 1972—August 21
Marked by “uninterrupted service to the membership,” ALPA opened for business in its new office at 1625 Massachusetts Avenue NW in Washington, D.C. The Association’s Print Shop was the first department to move into the facility. Capt. J.J. O’Donnell, ALPA’s president, officially “accepted” the new building two months later.

1972–2020
Over the next 48 years, numerous important meetings and special events took place at the Massachusetts Avenue office. It’s also where ALPA welcomed many new pilot groups into the union, pilots and staff gathered in unity for rallies and marches in support of Association causes, and union leaders and subject-matter experts prepared to testify at congressional hearings. Many prominent political leaders, government officials, and industry executives visited there. 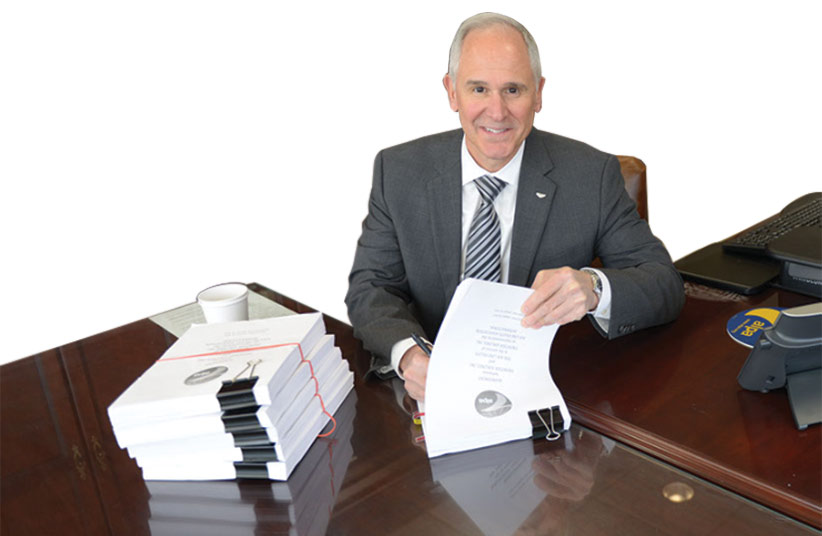 Early 2021
ALPA’s powerful presence will still be felt in Washington, D.C. The Association will open a new space on Capitol Hill at 304 Pennsylvania Avenue SE only steps away from Congress. 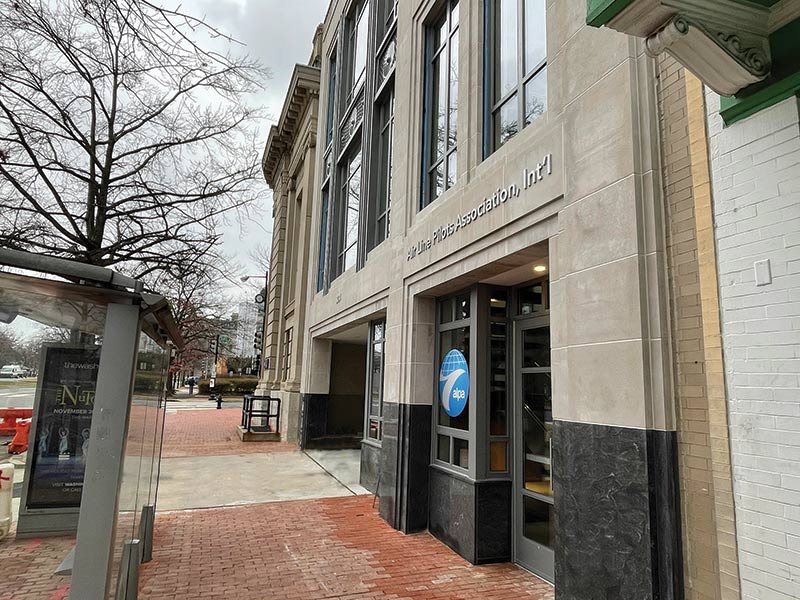 Did You Know?
ALPA’s Washington, D.C., offices
The building, eight floors plus three basements and a mechanical penthouse, was 211,815.92 square feet.

Architect Vlastimil Koubek
Award-winning architect who designed more than 100 buildings, most of them in the Washington, D.C., metropolitan area.