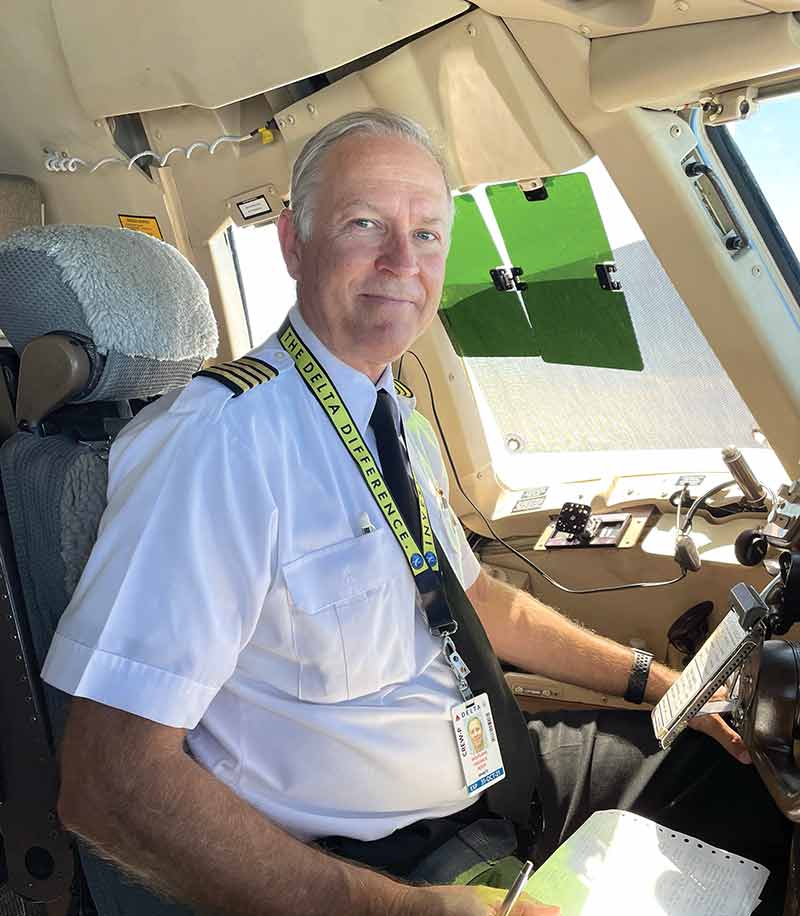 ALPA’s Air Safety Organization (ASO) Aviation Security Group is responsible for pursuing the Association’s security priorities and addressing other security matters that may arise and that represent a significant interest to the well-being of ALPA’s members. ALPA’s security structure focuses on stopping intentional incidents before they occur.

Capt. Wolfgang Koch: From an early age, my father always wanted to become a private pilot. However, his career as a solid-state physicist wasn’t conducive to the time required to obtain a pilot’s license. On many occasions, he would take our family to frequent air shows or stop by local airports. The first air show I attended was the famed Transpo ’72 exhibition at Dulles International Airport, and it was there that I also witnessed a midair between two aircraft racing around ground pylons, with one crashing.

We would often fly between the United States and Germany when I was young. I was always fascinated with how the technology of the time could transport hundreds of passengers from continent to continent at near the speed of sound!

At the age of 7, my parents arranged for me to take my first flight in a small aircraft, a Piper Cub, for a sightseeing trip over the Chesapeake Bay—although I was barely tall enough to peer out of the backseat window. Several years later at the age of 14, I joined the Explorer Scouts Aviation Post and began taking regular flying lessons, and I was hooked!

But it wasn’t until my first year of college that I seriously focused on becoming a pilot and started working on my instrument rating and commercial pilot certificate. These steps truly propelled me into thinking that being a pilot was something I could do as a career. As most of my flight training during college wasn’t subsidized, I always looked for employment to keep my vision alive. Wanting to stay close to the industry while still in college, I pursued a job with the airlines and was hired by Piedmont as a part-time customer service agent. This job and other summertime employment kept me in aircraft and developing my flying skills.

Koch: After having attended an International Aviation Security Academy sponsored by ALPA’s national Security Committee in the autumn of 2002, I quickly realized that I wanted to get involved with aviation security. The academy presented many interesting topics that I would later become involved with, and it served as an ideal forum for making contacts with leaders in the aviation industry, law enforcement, and government regulators at the highest levels.

After studying and recognizing the governmental and organizational failures that resulted in the horrific events of 9/11, I decided to become more actively involved with ALPA to promote a more secure and safe working environment. In 2003, I officially became an ALPA volunteer with the Northwest Airlines Master Executive Council’s (MEC) Security Committee under the leadership of Capt. Eric Mosley. The leadership of this group quickly evolved, and before I knew it, I became the chair in 2006. 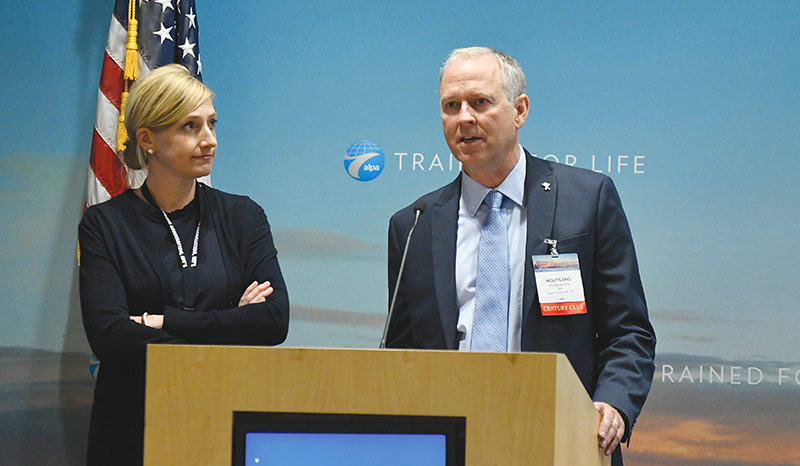 3. What are your roles and responsibilities as the ASO Aviation Security chair?

As part of my leadership role within ALPA’s ASO, I coordinate and oversee the activities of our dedicated pilot volunteers in many of those same fields, like cybersecurity and the FFDO program, but also emerging concerns like unmanned aircraft systems (UAS) and threatened airspace matters. Through my involvement in security, I continuously analyze current and persistent threats around the world and help ensure that our pilots and industry are properly made aware of these threats. In addition, I coordinate Security Council activities and participate in the Steering & Oversight Committee of the ASO.

At the government level, I’m an active member on the Aviation Security Advisory Committee providing the line pilot perspective. In this role, I continue to promote a risk-based security and screening system for working airline crews—today’s Known Crewmember® program—and advocate for a “just culture” and nonpunitive work environment for all employees. Based on my past involvement in working to have secondary flight deck barriers installed on Northwest’s aircraft, I also co-chaired the FAA’s Aviation Rulemaking Advisory Committee Flight Deck Secondary Barrier Working Group.

In the international arena, I’m the vice chair of the International Federation of Air Line Pilots’ Association’s Security Working Group, often representing the global pilots’ perspective on International Civil Aviation Organization security matters and working with pilots from around the world. The most recent project I’ve been involved in on this level details how airline pilots and government regulators should collaborate to safely integrate UAS at airports and in airspace around the world.

Koch: I always remind myself that I’m a pilot first and therefore often rely on staff—especially those in ALPA’s Engineering & Air Safety Department—to keep a level of organization and cohesiveness to my work.

Through ALPA’s strategic plan, I’m able to chart my goals and work with staff to further them. From staff engineers to our Government Affairs team, ALPA maintains a strong presence in the day-to-day operations of the ASO and its pilots volunteers and is ready to fill in where I’m not able to be present. The professionalism and dedication of the people I work with help make ALPA the preeminent global airline safety and security advocate and the “conscience of the airline industry.”

Koch: There are many pilots who are very passionate about flying, and also passionate about highlighting ALPA’s involvement across the industry. I look for these individuals and ask that they get involved. The organizational structure of ALPA allows for and encourages pilots to participate, and there are always plenty of opportunities to discuss your passions with any of the committee volunteers or local council representatives. Send us an e-mail, call, or speak with any of your local MEC representatives to learn how to participate and volunteer. Both they and you will be glad you did!