Among the important discussions that took place during a week of global pilot collaboration, Capt. Joe DePete, ALPA’s president, and Capt. Bob Fox, ALPA’s first vice president and national safety coordinator, met with FAA representatives Chris Carter, the agency’s International Affairs director for the Asia Pacific region, and Brian Hutchins, the Aviation Safety Flight Standards senior representative for the Asia Pacific region, on May 26 to emphasize the importance of supporting the prioritization of robust voluntary safety reporting programs and safety management systems at airlines in the Asia and Pacific regions.

During a productive meeting that concluded with a commitment to further discussion, DePete and Fox stressed the need for meaningful participation from regional pilot unions, along with national civil aviation authorities and airlines, as necessary stakeholders essential to an effective three-legged safety stool. Active line-pilot participation within a sustainable, positive safety culture that respects open reporting of safety issues without fear of punitive measures was identified as key to continuous safety improvements and effective risk management—especially as the regions are expected to see a significant increase in airline fleet sizes in the near future. 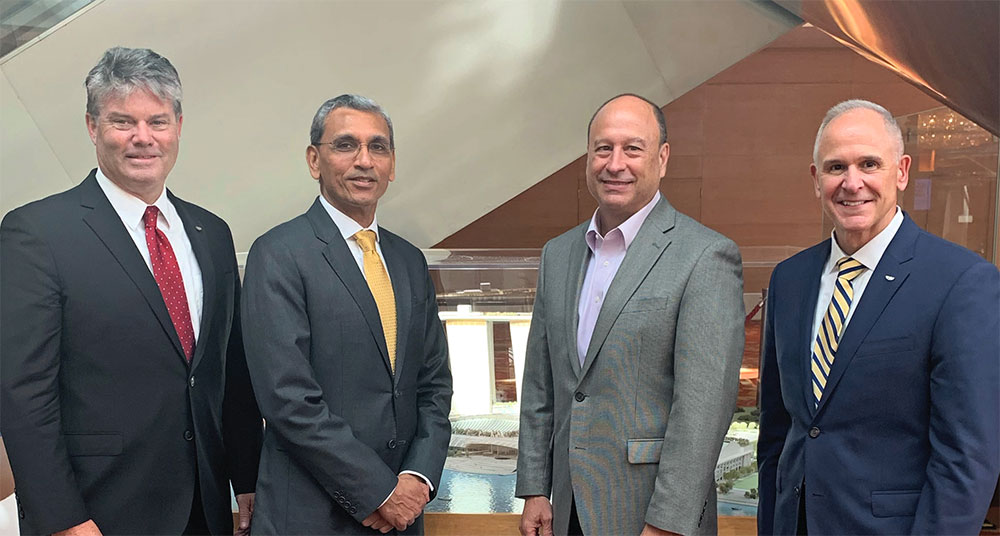 Each year, ALPA pilots are among the hundreds of participants who represent their associations from approximately 50 countries during the gathering. This year’s conference, which was held in Singapore, hosted airline pilots, regulators, industry leaders, subject-matter experts, and global aviation stakeholders who convened to discuss developments, present ideas, and recommend policies to promote the highest level of aviation safety and labor standards worldwide.

As such, conference attendees issued statements speaking in opposition to the deteriorating labor situation affecting pilots in Asia and Paraguay. With the support of their national governments, some airlines in these regions continue to deny basic worker rights by intimidating and firing pilots, including elected pilot union leaders.

Keeping with a decade of tradition, ALPA pilots were also well represented during the annual Global Pilots’ Symposium, which had the theme “Rethink, Reimagine, Reset,” and focused on lessons learned from the pandemic, past industry upsets, and future threats.

Of the panels that moved beyond pandemic lessons learned was an important discussion on the future of flight deck automation.

“Flying aircraft is a team effort; it always has been,” said Fox, who spoke on behalf of ALPA as a panelist during a discussion that tackled the impending threat of reduced-crew and single-pilot operations. “The most vital aircraft safety feature are two experienced, well-trained, and well-rested professional pilots physically on the flight deck in all phases of every flight.”

During discussion moderated by Capt. John Sluys (Alaska), chair of the Oneworld Cockpit Crew Coalition, ALPA’s unbending position on preventing the threats posed by single-pilot operations from becoming a reality was made clear to the global audience.