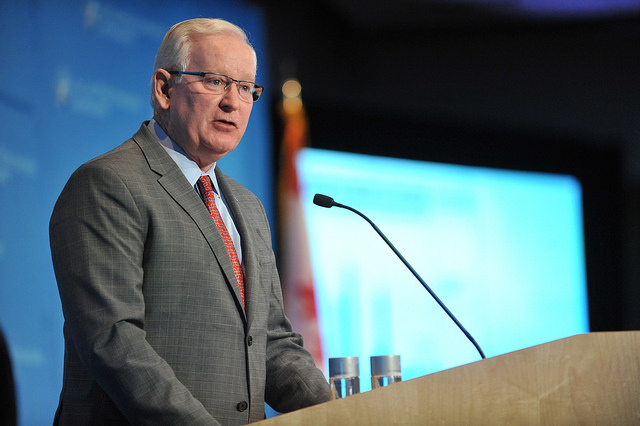 WASHINGTON, D.C.—The 63rd Air Safety Forum, hosted by the Air Line Pilots Association, Int’l (ALPA) this week, featured industry stakeholders, government officials, and pilots from around the world who gathered for the four-day conference to collaborate on and advance improvements to airline safety and security.

“ALPA will not relent in our drive to block any effort to erode the rules that have led to the safest time in history for U.S. airline passengers and cargo shippers,” said Capt. Tim Canoll, ALPA’s president. “The zero-U.S.-passenger airline-accident fatality record since these safety rules were put in place speaks for itself. It’s clear that the action of Congress in 2010, and the resulting FAA actions in 2013, have contributed enormously to the current level of safety.”

While speaking on the legacy of the Colgan Air accident victims and the continuing efforts of their families to ensure that a disaster like this never occurs again, Rep. Slaughter added, “If we water down any part of that rule, it’s an insult to every pilot who takes our loved ones through the air.”

Furthering the conversation, Rep. Collins said, “I fought to pass the 1,500-hour training rule. . . . Now some regional airlines want to reduce the hours, but I have made my position known: there is no way we can water down this rule!”

ALPA’s forum featured panels of subject-matter experts from the United States and Canada who led thorough and compelling discussions regarding long-standing and emerging issues in key safety-related areas. ALPA also recognized outstanding contributions by seven pilots who continue to uphold the highest standards the profession has to offer.

Federal Aviation Administration Administrator Michael Huerta closed the forum highlighting U.S. aviation’s amazing achievement on zero passenger fatalities since February 2009, saying, “We all know that this safety record is only as good as each takeoff and landing.”

Founded in 1931, ALPA is the largest airline pilot union in the world and represents over 57,000 pilots at 33 U.S. and Canadian airlines. Visit the ALPA website at www.alpa.org or follow us on Twitter @WeAreALPA.