Is the U.S. Government About to Call Out Subsidized Foreign Airlines?


In what could become a breakthrough in ALPA’s fight for fair competition against foreign airlines that receive billions of dollars in subsidies from their home governments, cabinet-level U.S. government leaders now say they’ll scrutinize whether Qatar has lived up to its high-level political commitment to the United States pledging to compete fairly with U.S. airlines.

In April, U.S. Secretary of State Mike Pompeo, when speaking of Qatari government-subsidized Air Italy, informed Congress that “We’re looking very closely at this recent decision by Qatar to take on 49 percent of this airline.” The public commitment by Pompeo to review the government of Qatar’s actions came during a U.S. Senate Foreign Relations Committee hearing on April 10. In response to a question from Sen. Johnny Isakson (R-GA), the secretary continued, “We understand the risk of the efforts to circumvent, and we’re working to make sure that everyone is complying with the agreement that they had entered into.”

ALPA pilots welcome the State Department’s careful review of Qatar Airways and its newly acquired stake in Air Italy. The scrutiny will highlight well-documented evidence of direct subsidies given by the Qatari government to Qatar Airways as well as the airline’s financial backing and effective control of Air Italy. Such subsidized services distort the international marketplace, deny U.S. airlines a fair and equal opportunity to compete, and put the jobs of hardworking U.S. airline employees at serious risk.

Since 2004, the Qatari government has provided more than $25 billion in subsidies to Qatar Airways through cash, cut-rate fuel, loan forgiveness, and free aircraft. As a result, many U.S. airlines don’t serve Qatar Airways’ hub markets in the Middle East and elsewhere due to the difficulty of competing against an airline supported by its home government on this extreme scale.

In September 2017, Qatar Airways announced it had acquired a 49 percent stake in the parent company of a failing Italian airline named Meridiana. The airline unveiled a new corporate identity and was rebranded “Air Italy” in 2018. At the time, Qatar Airways Chief Executive Akbar al-Baker told Reuters, “We’re going to massively grow the carrier to become the real national carrier of Italy.”

Since 2017, Air Italy has operated its flights with aircraft and financing provided by the government of Qatar through its state-owned airline. In financial statements, Qatar Airways appears to cover Air Italy’s operating losses. The airline’s operations depend on capital provided by Qatar Airways and are made possible with cash received from the Qatari government, in contrast to U.S. airlines, which make investments based on their own earnings in the commercial marketplace. In addition, Qatar Airways has supplied Air Italy with A330 aircraft from its own fleet, repainting the airplanes with Air Italy’s livery.

These facts make clear that Air Italy’s flights not only violate the Open Skies provision requiring “fair and equal” competition but also the government of Qatar’s high-level political commitment to the U.S. government promising it would not introduce additional U.S.-EU service to the United States, a practice known as fifth-freedom service.

In the context of international air traffic rights, fifth-freedom passenger flights are those such as Emirates’ flights that originate in Dubai in the United Arab Emirates (UAE), stop in another country such as Italy, take on new traffic, and operate to the United States (see “The Landing: The Nine Freedoms of the Air"). Qatar Airways has made an “end run” around its promise not to introduce fifth-freedom flights by operating flights under its subsidiary, Air Italy, from Italy to the United States.

In January 2018, the U.S. government announced it had obtained high-level political commitments from both the governments of Qatar and the UAE to operate their airlines on market-based principles, disclose financial information, and not to fly additional fifth-freedom EU-U.S. nonstop flights. In seeking to garner these commitments, the U.S. administration acknowledged that foreign government subsidies and a lack of transparency can affect a fair and equal opportunity for U.S. airlines to compete in the context of U.S. Open Skies agreements.

While ALPA was gratified that the Trump administration had taken initial steps to end unfair trade practices and protect American jobs, the union made clear its “trust but verify” position and underscored that airline pilots would carefully monitor the countries’ progress and that the actions of the UAE and Qatar would be the test.

Risk to every U.S. airline pilot

While Air Italy is in its fledgling stage, it has 30 B-787s on order that were transferred directly from Qatar Airways’ order book. These aircraft, combined with unlimited access to capital, make Air Italy’s fifth-freedom flights a towering threat to the U.S. airline industry now and in the future.

With Air Italy’s recently launched Milan Malpensa–San Francisco and Milan–Los Angeles service and its other existing fifth-freedom flights, the United States is permitting foreign governments to violate its trade deals and go back on high-level political commitments to do business transparently, conduct internally accepted accounting practices, and refrain from operating additional fifth-freedom flights.

The world is watching how the U.S. government addresses Qatar-backed Air Italy. If U.S. trade deals and political commitments aren’t enforced, it’s not difficult to extrapolate how the precedent could sweep across every sector of the U.S. industry, and it raises the specter of unfair competition for mid-sized and even smaller U.S. carriers.

“While these state-subsidized foreign airlines may not compete directly with U.S. airlines like Spirit right now, there’s little doubt they will try to do so in the future,” said Capt. James Talev (Spirit), his pilot group’s Master Executive Council Government Affairs Committee chair. “That’s why all ALPA pilots have reason to make certain that these airlines live up to their commitments to compete fairly.” 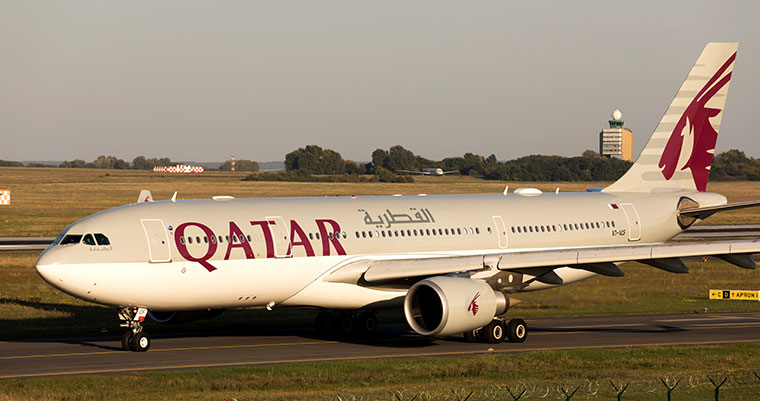 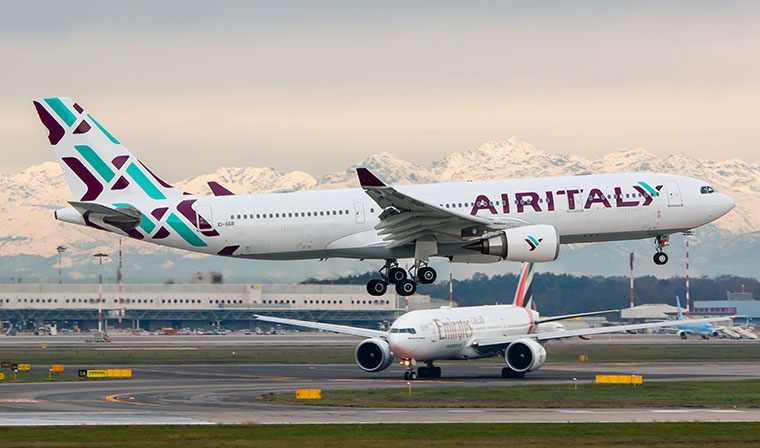 In a February 11 letter to Pompeo and Secretary of Transportation Elaine Chao, Capt. Joe DePete, ALPA’s president, made clear that this sleight-of-hand effort by Qatar to serve U.S. markets with Air Italy threatens U.S. airlines and U.S. jobs, now and in the future.

“I’m a fierce champion of U.S. workers, provided we all play by the same rules. That means ensuring compliance with U.S. agreements and confronting violators,” wrote DePete in the letter, which ALPA also sent to the White House Office of Trade and Manufacturing Policy. The CEOs of American Airlines, Delta Air Lines, and United Airlines published a similar open letter to President Trump in The New York Times and the New York Post on April 16.

As a result of ALPA’s relationships on Capitol Hill and the outreach by the Association’s pilot volunteers and staff, federal lawmakers from both sides of the political aisle, including Sen. James E. Risch (R-ID), the U.S. Senate Committee on Foreign Relations chair, and Sen. Bob Menendez (D-NJ), ranking member, have raised serious concerns about Qatar’s decision to break its pledge to the U.S. government.

“As the State Department promises to look ‘very closely’ at Air Italy, the tremendous attention that is being drawn to the massive subsidies that the governments of Qatar and the United Arab Emirates provide to their state-owned airlines has been driven by our union’s bold leadership in demanding fair competition,” said DePete. “It’s also the result of ALPA’s unity, which allows us to collaborate with our brothers and sisters at other unions across the industry to call on the U.S. government to stand up for workers and fair competition.”

While ALPA won’t let up in its fight, the commitment from the U.S. secretary of state is promising and wouldn’t have happened without the union’s leadership and constant advocacy to promote a level marketplace for U.S. airlines and their pilots.