Tuesday evening of the 66th Air Safety Forum (ASF) featured the first of the week’s two awards banquets to recognize the exceptional service and performance—far above the call of duty—of individual ALPA members and Air Safety Organization (ASO) pilot representatives. This year’s banquet is split over two evenings to accommodate not just the 2021 honorees, but also those from the two previous years, when the ASF was postponed due to the COVID-19 pandemic.

At the conclusion of the day’s business, ASF attendees on September 13 regrouped at the Smithsonian American Art Museum in Washington, D.C. Awards presented included three sets of Superior Airmanship Awards, two sets of Daedalian Awards, and the bulk of the Presidential Citations.

“It’s such a pleasure to be together in person again,” said ALPA president Capt. Joe DePete, who moderated the evening’s festivities. “I would like to thank you for being here as we celebrate airline pilots who have achieved the very highest standards of excellence.”

He continued, “ALPA pilots, combining their collective knowledge and skills, make it possible for passengers and freight to reach their destinations safely and securely. And when the unexpected happens, it is airline pilots’ unity that ensures the safest possible outcome for the flight.” Accordingly, the Association recognized three flight crews who demonstrated competence, composure, and the need to always have at least two adequately trained, well-qualified, and properly rested crewmembers on the flight deck.

Stephenson spoke briefly to the crowd, giving special thanks to the United MEC Critical Incident Response Team (CIRP) for assisting him and De Vore after what easily could have been a catastrophic accident. “I learned a lot about the safety side of ALPA, which I probably didn’t appreciate as much as I should have. You guys make me proud to be a union member,” he remarked.

The 2020 and 2019 Superior Airmanship Awards were presented by Capt. James Harding (WSG), his pilot group’s MEC chair, to two Wasaya Airways flights crews. Capt. William Mitchell (WSG) and F/O Josh Siefert (WSG), pilots of Wasaya Flight 815, received the 2019 Superior Airmanship Award for their skillful handling and safe landing at Pickle Lake, Ont., of a De Havilland Dash 8-100, despite a double power-inverter failure and the loss of primary flight instruments. In his acceptance speech, Mitchell thanked the many pilots who assisted the crew in the aftermath of this significant incident and for the ongoing love and support from his wife and Siefert’s.

Capt. Gregory Van Langenhove (WSG) and F/O Trevor Rentmeester (WSG) received the accolade for their poise and quick action in addressing a series of cascading electrical failures and the loss of instruments on Wasaya Airways Flight 814 on January 30, 2020. The two pilots, who safely landed their De Havilland Dash 8-100 that day, were unable to attend the ceremony.

Capt. Robert Smith (FDX) and F/O Brian Clark (FDX) were honored by the Order of the Daedalians Lt. Gen. Harold L. George Civilian Airmanship Award for 2020. The pilots of FedEx Express Flight 1026 on August 19, 2020, safely landed a B-767-300 at Los Angeles International Airport with the left main landing gear undeployed.

Presidential Citations were given to:

The second 2022 Air Safety Forum awards banquet will be held September 15 at the Omni Shoreham Hotel in Washington, D.C. Learn more about this year’s honorees. 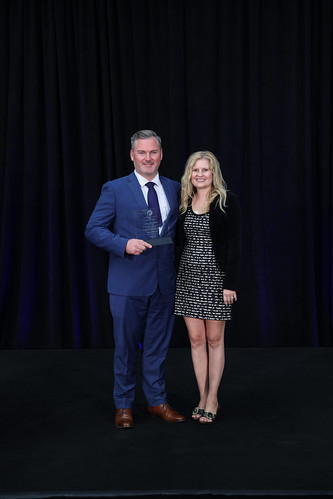