Training for Someone Else’s Worst Day 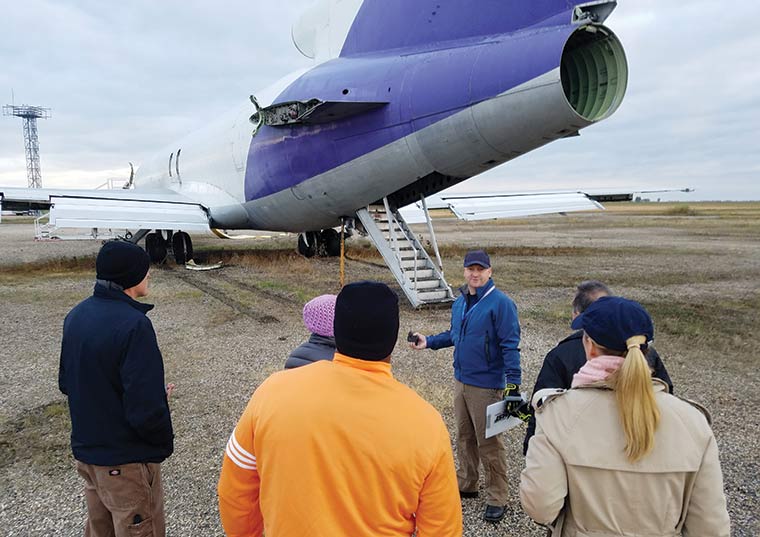 The notification e-mail noted, “Tonight, at about 1732 local, an Eastern Wings Airlines B-727-227, Flight 576, crashed while landing at Grand Forks International Airport in North Dakota. At this time, little details are known. No deaths and few injuries have been reported, and the accident site is secure.”

So begins the semiannual Advanced Accident Investigation Course in Grand Forks, N.D., conducted by ALPA in partnership with the University of North Dakota and the Grand Forks Airport Authority.

In late September, more than 20 pilots, including those from seven ALPA pilot groups, attended the weeklong course, in addition to members of ALPA’s Accident Investigation Board (AIB). This course is the capstone of a three-part training program designed to prepare ALPA pilots to participate in major aircraft accident investigations conducted by the NTSB and the Transportation Safety Board (TSB) of Canada.

Utilizing an actual B-727 hull that was donated by FedEx Express, the investigator trainees are assigned to teams to work the simulated accident site with instructing pilots from ALPA’s Air Safety Organization acting as NTSB investigators. Participants receive hands-on training in documenting aircraft systems and structural damage, transcribing the cockpit voice recorder (CVR), and reviewing the numerous documents, such as weather and pilot training records, that are gathered in an investigation as part of the Operations Group.

F/O Steve Demko (United), course director and a former NTSB accident investigator, states, “This unique course setting allows our ALPA investigators to experience the process of an accident investigation—starting from the call to the site and asking for party status at the organizational meeting to working onsite to measure the length of tire marks and jackscrews. But more importantly, it teaches pilots how to interact in investigative groups during the on-scene phase and to be an asset to the process.”

“Everyone has the same goal during the on-scene phase of an investigation—identifying all the factual information,” says Capt. Frank Pizzonia (United), ALPA’s Aviation Safety vice chair. “The knowledge and expertise the pilots of ALPA bring can be one of the best resources available to the board, and this course is designed to make them even better.”

ALPA held its first advanced course in 2003, centered around the wreckage of a four-seat, single-engine Ryan Navion that was donated by a salvage company. However, the inherent limitations of using a small aircraft soon became apparent. When the B-727 was donated to Grand Forks Airport Authority for training airport rescue and firefighter teams and law enforcement officers, the instructors recognized the unique opportunity it presented for teaching future investigators. After obtaining permission from the airport authority to use the airplane, ALPA’s Advanced Accident Investigation Course became, according to Demko, the only such course to use a full-scale transport-category aircraft in the world. “Having access to this amazing training asset truly sets this course apart from any other course offered.” 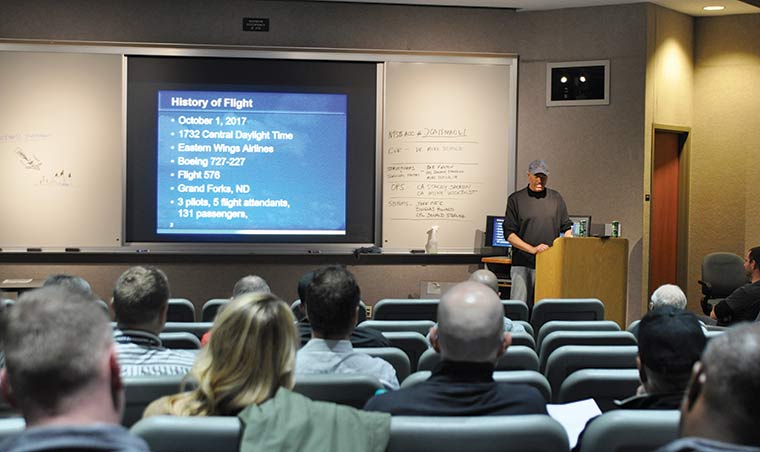 Assuming the role of the NTSB’s investigator-in-charge, Demko leads the organizational meeting, sharing everything that’s known so far—including reviewing video footage captured by the local news media of passengers evacuating the downed aircraft. Immediately, questions are developed for the next day’s visit to the accident site.

“At that organizational meeting, the priorities for ALPA are simple: obtain party status, which means we have a place on the investigative team; get our investigators accepted on technical groups, like reviewing and transcribing the CVR or reviewing airline standard operating procedures; and, finally, acquire information that can help move the investigation forward,” Demko reminds the participants.

After the ALPA party coordinator nominates several participants for particular groups based on their qualifications, the teams of participants are given assignments for the next day—document the damage to the aircraft and the accident site, look into the operations of the airline, and recover the CVR and flight data recorder.

Once at the accident site, located near the airport’s runways, safety and security protocols are briefed and enforced around the aircraft. An entry/exit checkpoint is established, and a team of participants—working as members of the Systems Group—access the B-727 to locate and recover the recorders while another team accesses the flight deck. The recorders are quickly located, removed, documented, and prepped for transport.

Within seconds of the investigative team’s entry, they observe “blood” on the controls. “Biohazard!” a participant exclaims. Without hesitation, they evacuate the cockpit to await proper handling of the scene before continuing. Also, hazards from local wildlife, hazardous materials both inside the aircraft and around it, and environmental conditions (North Dakota can be cold in autumn) abound.

Capt. Doug Howard (FedEx Express), one of the course instructors, teaches the participants about proper documentation of the cockpit, “Document and photograph everything you see, but don’t disturb the scene,” he reiterates. As participants chronicle every detail of the cockpit, a basic understanding of the flight’s last few moments become evident. The position of every control, the settings on every panel, and even the papers strewn around—they all begin to tell a story. 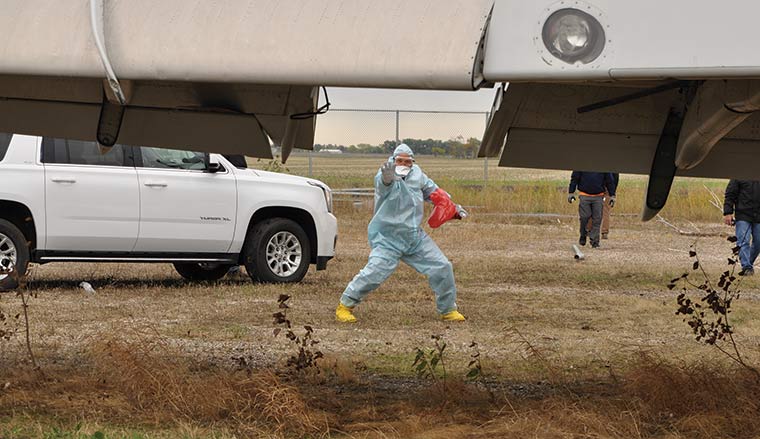 As participants document the scene, unexpected discoveries can prompt unexpected responses, such as hazardous materials found in the cargo hold. 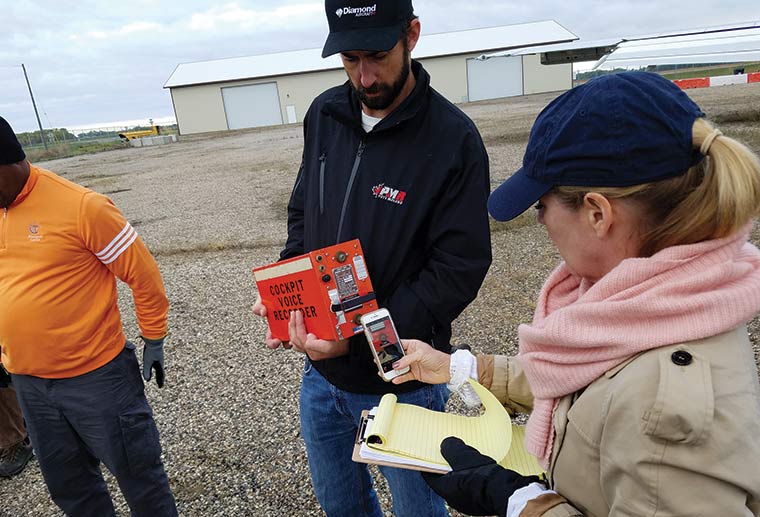 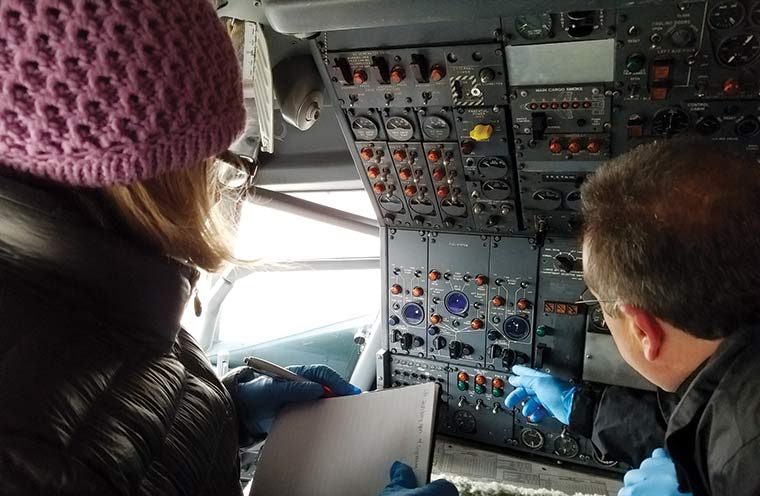 Participants document the position of switches, knobs, and gauges at the B-727 flight engineer’s station.

That story is reinforced by members of the Structures Group, who document the aircraft’s exterior by measuring the position and size of every dent, mark, and blemish as part of the investigative process. “You don’t know what detail will be the one that unlocks the investigation, so everything is important. But you just may not know it yet,” course instructor F/O Jeff Mee (United) remarks. In addition, the exact location of the aircraft is recorded, and length of the landing gear tire tracks—called “witness marks”—are logged on a site diagram and photographed, with the idea that, if the wreckage were to be relocated and reconstructed, the new setting could be accurately recreated.

“The site could be on a runway and affecting an airport’s operations, so this may be our only chance to get the full picture before the wrecking crews arrive,” notes F/O Don Sterling (United), course instructor. “Speed is essential to our work.”

The investigation uncovers that both passengers and the news media reported that the evacuation of the aircraft was problematic. The Survival Factors Group documents the inflatable emergency slides, the cabin seating, the evacuation procedures followed by the flight attendants and crew, and the response of aircraft rescue and firefighting personnel.

“While the nature of this accident appears to have been very survivable, there were mistakes made, and we need to see to it that those errors are identified, understood, and aren’t allowed to happen again,” says course instructor Capt. Bob Fulton (Jazz Aviation). As the investigation continues, the group records its observations and documents findings inside the aircraft’s cabin as the instructor shares experiences from past field investigations. 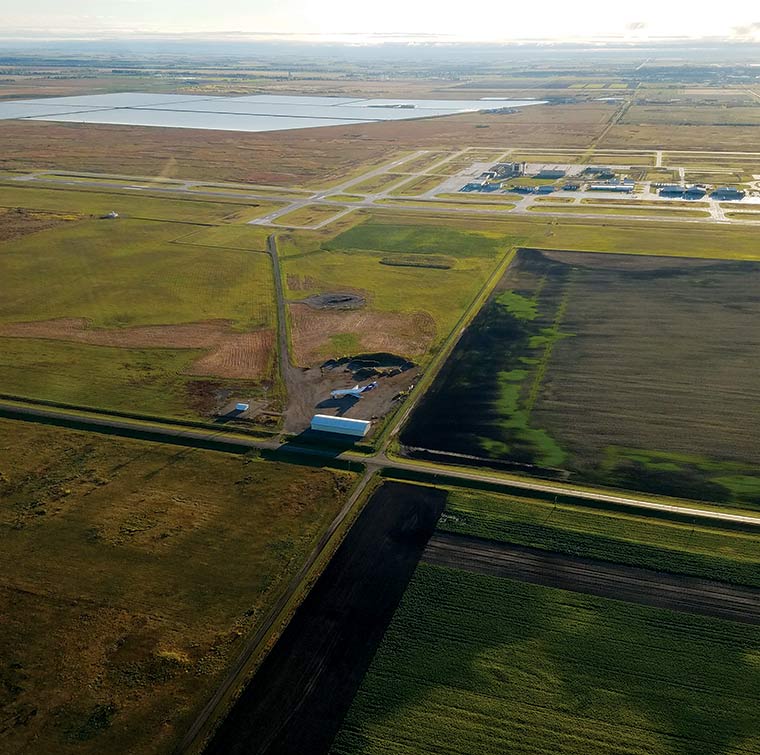 The mock “accident site” is located on the grounds of Grand Forks International Airport in North Dakota.

“Please set your phones to silent and place them on the table, along with any cameras, or any recording devices,” states Capt. Mike Schilz (Delta), a course instructor, as participants enter the darkened conference room.

In accordance with current regulations in the United States and Canada, CVR recordings are never released to the public. The participants are played several recordings from historical accidents to understand the differences in quality they may encounter during an investigation.

The participants then, using their expertise as experienced line pilots, review the simulated CVR and work to transcribe the voices of the flight crew, complete with documenting any background sounds.

The participants, however, struggle with the audio. Despite listening in short segments, participants debate what they hear and wonder if it makes sense in in the given context.

“You’re just documenting what you hear, not trying to determine why anyone did what they did,” Schilz reminds the participants. An hour after starting, a little more than one minute of CVR transcript is produced. “It can be slow and tiring work. But it’s also one of the best tools we have to understand what happened in the cockpit, or what the flight crew was thinking or doing in the flight’s last minutes,” acknowledges Schilz.

“As line pilots, we’re more likely to have representatives on the CVR Group of the investigation,” remarks Chris Heck, an ALPA senior staff engineer. “Whoever represents ALPA on the CVR Group should be current and qualified on the aircraft so that they’re knowledgeable in the cockpit sounds and operating procedures used. Ideally, the representative will even know the flightcrew members so that they can identify them by their voices.” 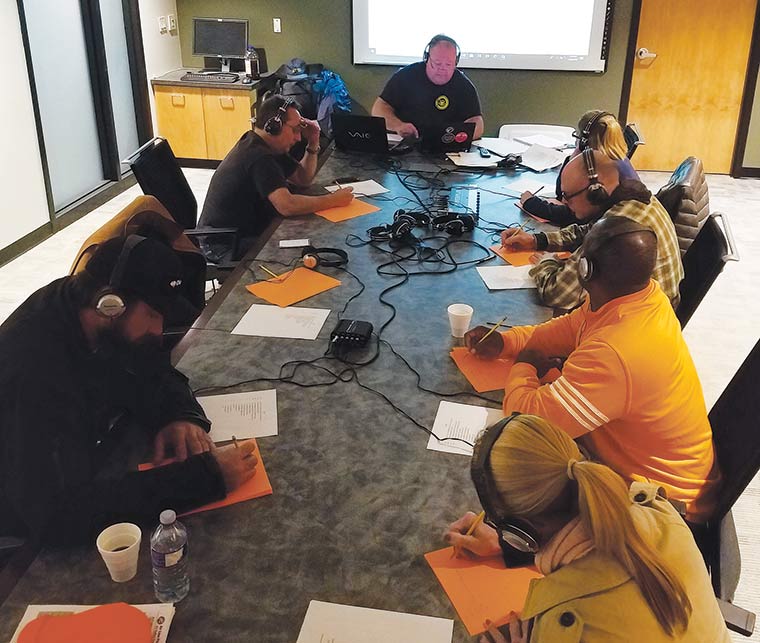 Capt. Mike Schilz (Delta) leads participants in transcribing what they heard on the cockpit voice recorder. 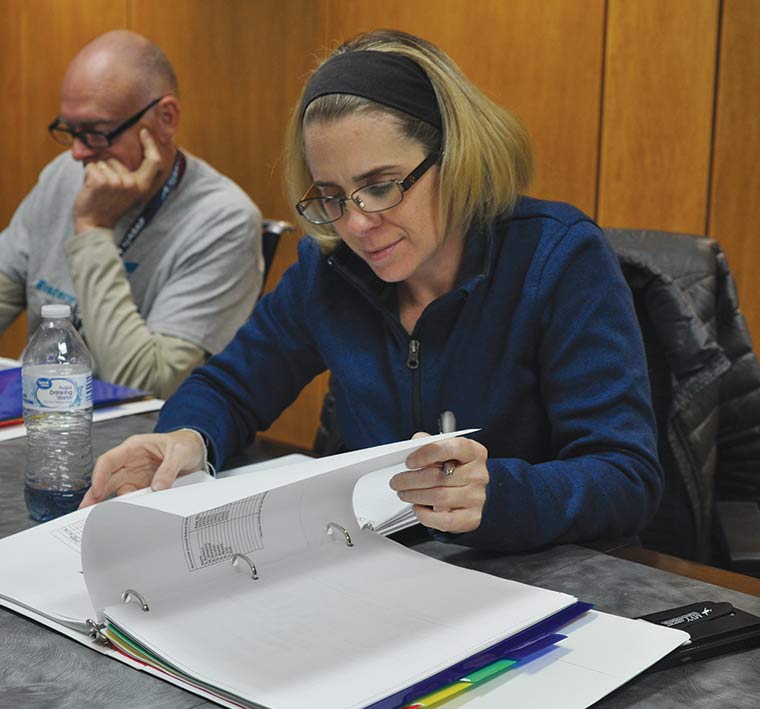 Beyond the accident site

The on-scene phase isn’t limited to “kicking the tin” and documenting the accident site. The participants, as members of an Operations Group, review any and all documents related to the flight, such as training and certification records of the flight crew, the aircraft’s maintenance records, the airline’s dispatch documents, the weather reported at the time of the flight, and numerous other forms and papers.

“This is where we learn not just about the aircraft, the pilots, the airline, and the weather flown in, but also the culture of the airline. How do they handle inoperative equipment, for instance?” observes course instructor F/O Stacey Jackson (WestJet).

Participants practice using cognitive interviewing techniques, asking clear, concise, and open-ended questions and avoiding leading “yes/no” questions—to talk with those associated with the flight, including the accident aircraft’s pilot-in-command and the airline’s chief pilot, to gain insights into the investigation.

“The insights gained from the interview process can often fill in the gaps and provide clarification as to the thoughts and actions of everyone involved. This is best achieved when the interviewees do the majority of the talking,” says Capt. Mike Wickboldt (Spirit), a course instructor.

The course is punctuated with additional progress meetings, including a simulated press conference by an NTSB member. The meetings serve not just to update the investigator-in-charge on the progress of the investigative groups, but also to ask for additional resources, to get access to information or personnel, and to request the formation of a new group to investigative an aspect of the accident.

The course concludes with a discussion on ALPA’s Critical Incident Response Program (CIRP) and the assistance the group provides to not only the accident flight crew, but to those working investigations as well. The on-scene phase of an investigation can last anywhere from five to seven days depending on the accident. The investigation may take an emotional toll on the participants—even if they don’t immediately realize it. CIRP volunteers are present to provide a helping hand and a listening ear to relieve any built-up stress and offer advice on how to decompress from the investigative environment.

“Accident investigation isn’t for everyone,” states Demko. “It’s a rare individual who can handle everything a person may see on an accident site. For some pilots, one investigation is enough. What CIRP provides flight crews and investigators is amazing and a definite help to anyone who takes advantage of the service.”

However, the on-scene phase ends with more questions than answers, as the probable cause of the simulated accident isn’t revealed. “It all ends with turning in any field notes to the investigator-in-charge and being given permission to leave, just like an actual NTSB or TSB investigation would,” says Heck. “The final report with a probable cause would likely be released months or years later. The participants may have a good idea as to what happened and why, but the investigators leave without any final conclusions, just like in real life,” Heck notes.

ALPA’s next Advanced Accident Investigation Course is planned for spring 2019.