Flying as an Airline Pilot With Type I Diabetes 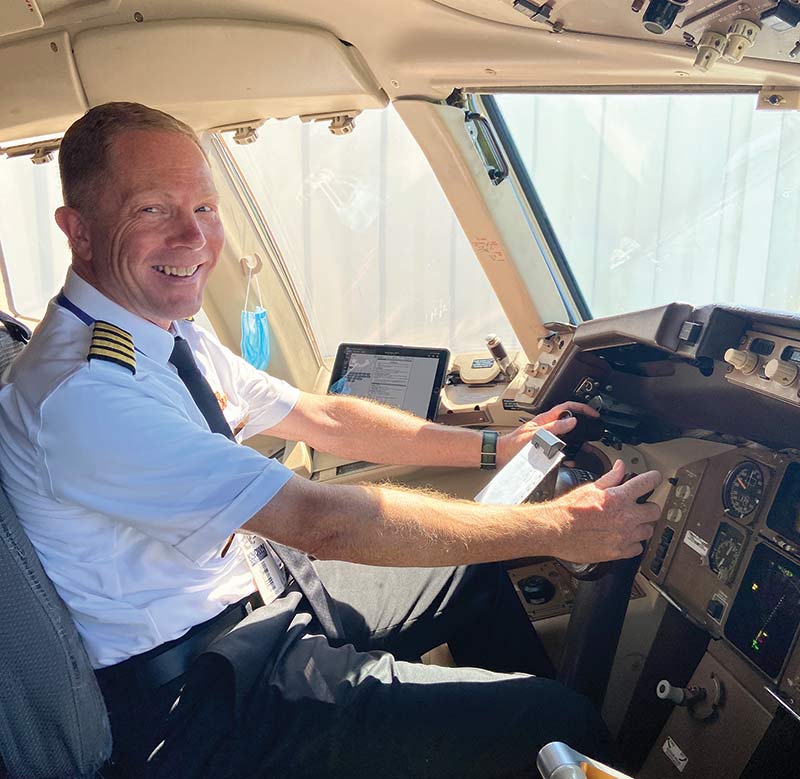 Capt. Mike Jackson (Delta), who was diagnosed with type 1 diabetes, returned to the cockpit this fall after a 10-year hiatus.


Earlier this year, the FAA announced that an individual with insulin-treated diabetes who meets certain standards and follows the approved protocols can apply for the medical certificate required to fly for a U.S.-based airline. In October 2019, Federal Air Surgeon Michael Berry explained the agency’s change in policy in a written court filing: “Recent advances in technology and diabetes medical science have allowed the FAA to develop an evidence-based protocol that can both identify a subset of low-risk applicants whose glycemic stability is sufficiently controlled and also ensure these pilots can safely maintain diabetic control for the duration of a commercial flight.”

This was great news for Capt. Mike Jackson (Delta), who’s flown for his carrier since 1991 but was diagnosed with type 1 diabetes in 2006. “I was initially grounded,” he said, “but was able to manage my condition with oral medications and continued flying until 2010.”

By that point, Jackson made a personal decision to leave the cockpit. “I’d tried all the FAA-allowed medications along with drastic low-carb and vegan diets. I even exercised twice a day just to keep my numbers down, but it just wasn’t working anymore,” he said, adding that his blood sugar levels were slowly rising and that he had to make a long-term health choice.

Type 1 diabetes occurs when the pancreas produces little or no insulin, a chemical that regulates the amount of glucose (or sugar) in the bloodstream. High levels of glucose create a condition called hyperglycemia, and, if left untreated, it can lead to serious complications, including a diabetic coma.

In 2010, Jackson decided to go on long-term disability and treat his diabetes with insulin, although he stayed connected to aviation by serving as a technical director to the International Federation of Air Line Pilots’ Associations (IFALPA) and as the organization’s representative to the International Civil Aviation Organization.

However, the FAA announced a change in policy in late 2019, noting that it would begin allowing pilots with insulin-treated diabetes to apply for first- and second-class medical certificates. The agency soon issued guidance for aviation medical examiners as well as a document called “Diabetes Mellitus Type I or Type II Insulin Treated–CGM Option,” which outlines the new step-by-step protocols pilots with this condition must take to maintain medical certification. Among the requirements, the pilot must

Jackson acknowledged that he’s amazed and thrilled to be flying again for Delta. “It took a while to get started because of COVID-19,” he noted. “I went through training in May and June and then finished my domestic operating experience shortly thereafter.” However, the pandemic prevented him from returning to the line until the fall.

“If you’re an airline pilot dealing with type 1 diabetes and want to return to the line, the best way to get started is to reach out to ALPA’s Aeromedical Office, because the doctors are very familiar with the process,” said Jackson. He worked closely with ALPA’s Aeromedical Office and was in contact with the American Diabetes Association. Jackson also stressed the importance of networking with other pilots with diabetes.

In 2019, Transport Canada announced that it would allow Canadians living with existing insulin-dependent diabetes to apply for the medical certificate necessary to obtain a commercial pilot’s license. For nearly a decade, only a pilot who previously held a commercial license and later became insulin-dependent could apply for a medical certificate to keep flying for a Canadian carrier.

U.S. ALPA members who have questions about flying with diabetes are encouraged to contact the Aviation Medicine Advisory Service, ALPA’s Aeromedical Office. Call 303-341-4435, Monday through Friday, 8:30 a.m. to 4:00 p.m. mountain time, to speak with a physician about treatments and their medical certification.

Canadian members with questions can call Canadian Pilot Assistance at 309-777-2572.