The Nine Freedoms of the Air


There’s been a lot of talk about violations of the fifth freedom of the air. But what are the other air freedoms? And what do they mean? 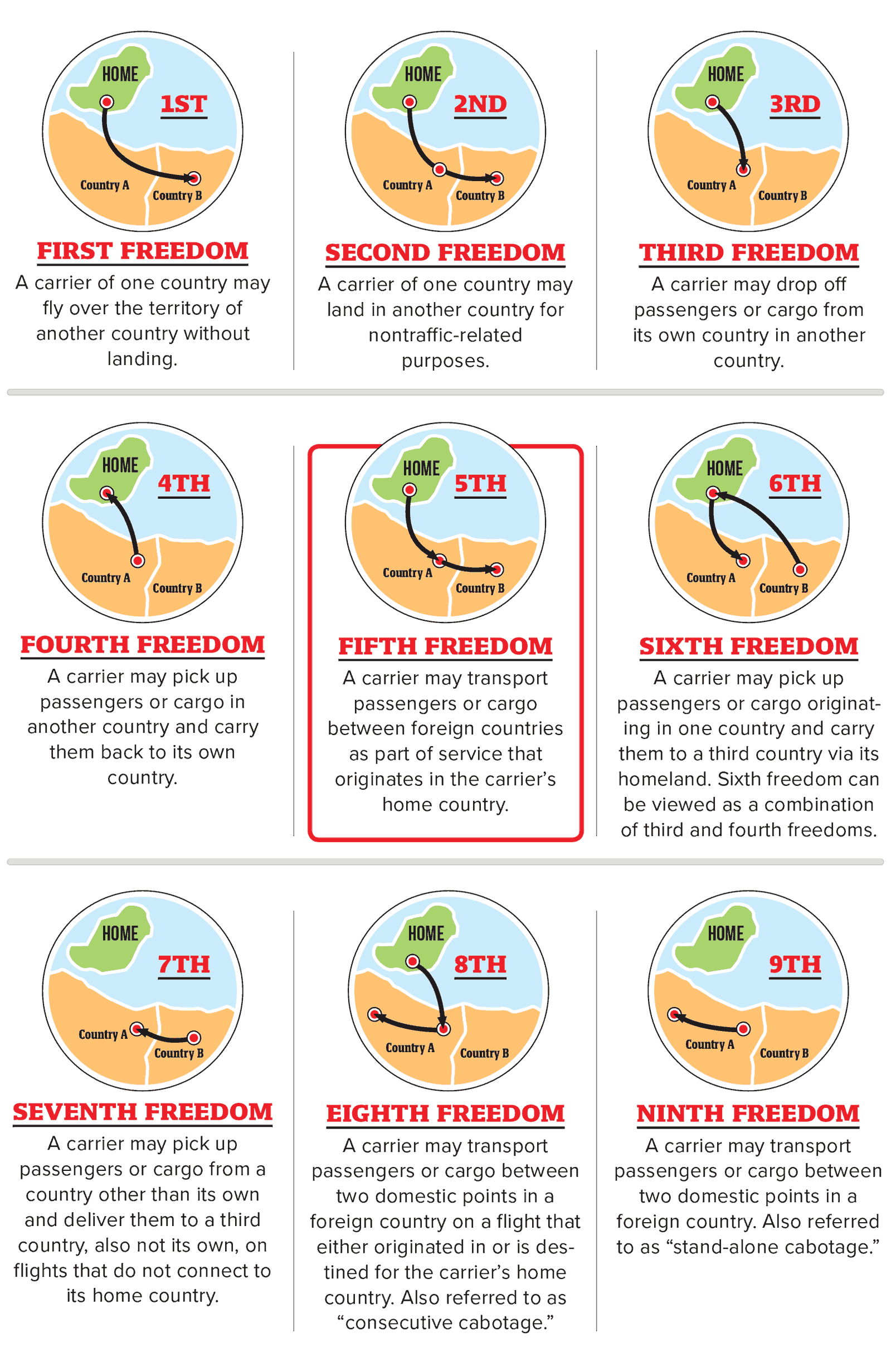