Over the past decade, the United States has produced more than enough certificated pilots to meet airline hiring demands and compensate for retirements, even as new and more rigorous pilot training standards were enacted to enhance safety. In fact, there are currently about 1.5 certificated pilots relative to demand, according to Federal Aviation Administration and Bureau of Labor Statistics data. So, although we don’t have a pilot shortage, we do have a shortage of airline executives willing to stand by their business decisions to cut air service and be upfront about their intentions to skirt safety rules and hire inexperienced workers for less pay. ALPA’s position to maintain airline pilot safety training and requirements is strongly supported by industry and labor stakeholders.

However, recent FAA data demonstrates that the U.S. is producing more pilots now than it did pre-COVID.

Now, airlines are cutting service to dozens of cities across the country and laying the groundwork to weaken the most effective aviation safety law of the past decade—the Airline Safety and Federal Aviation Administration Extension Act of 2010, sometimes incorrectly referred to as the “1,500-hour rule.” 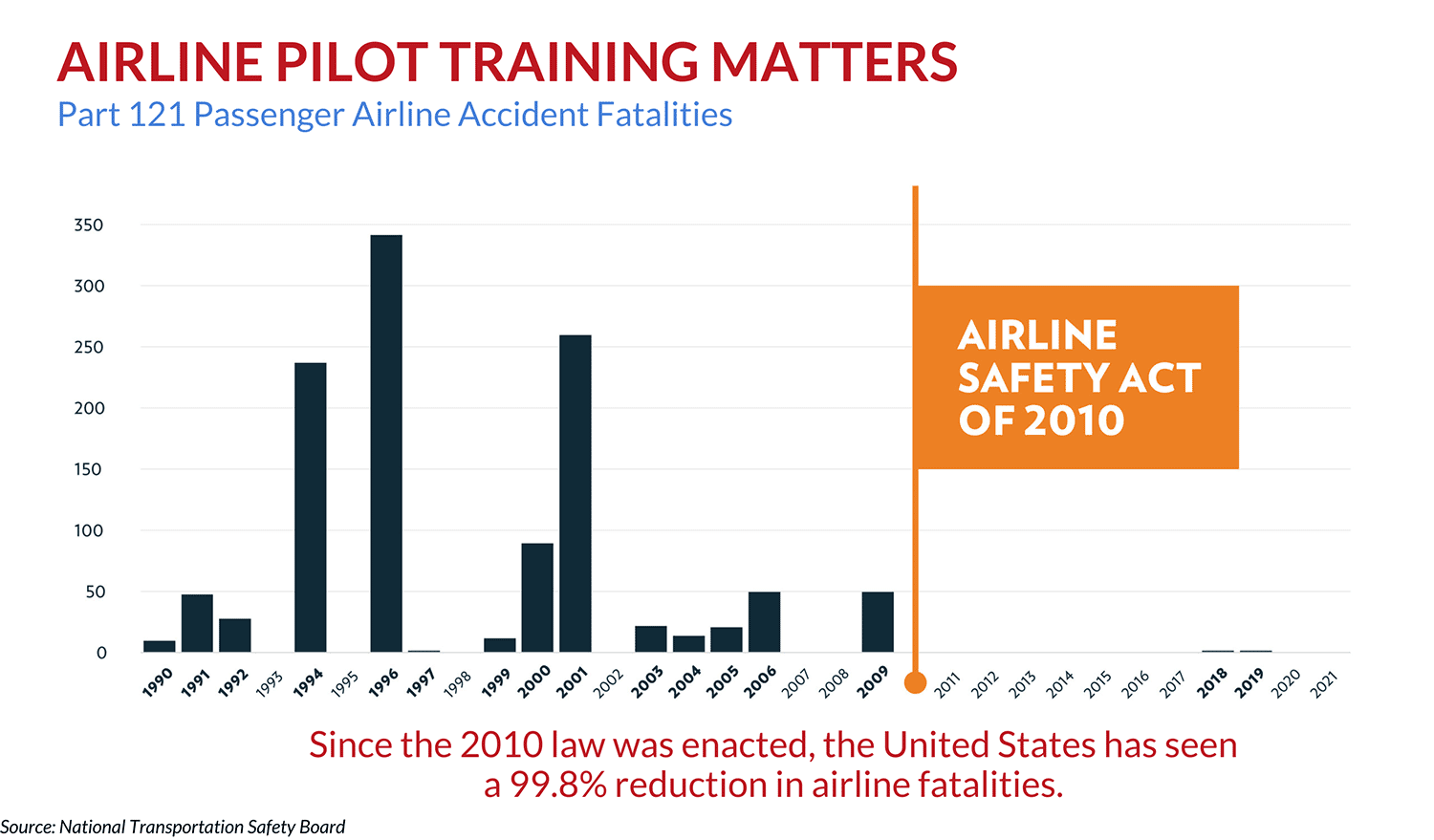 Unfortunately, some airlines are using the fictitious claim that there is a lack of available pilots to try to weaken training and safety standards and distract from their profit-first business decisions to cut service and hire inexperienced aviators for less pay instead of focusing on changes to fundamental issues associated with these profit-driven business models. The companies claim, among other things, that the first officer qualification and pilot training requirements mandated by Congress discourage potential airline pilots and are the cause for service cuts to rural communities.

Regulations that enhance safety and that have led to the U.S. aviation system’s exemplary safety record should never be used as the scapegoat for profit and should be untouchable by special interests. ALPA will defend against any action that would erode airline safety standards. Read about the FAA’s recent denial of Republic Airways’ pilot training exemption request.