Q&A with the Head of FAA's Office of Aerospace Medicine 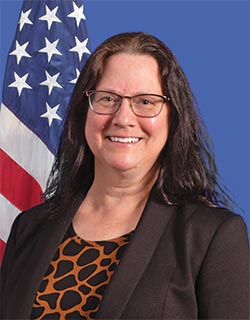 Air Line Pilot: What are your primary responsibilities as federal air surgeon, as this job relates to airline pilots?

We manage the designation of aviation medical examiners (AMEs). We oversee the airline industry’s substance testing and dependency/abuse programs. We also offer education and training programs and conduct research in specialty areas including aerospace medicine and human factors.

What are the biggest health and wellness challenges currently confronting airline pilots?

Northrup: The biggest challenges are the same issues affecting the general population. We’re all getting older and coming to terms with basic chronic diseases. We’re also getting larger as individuals. Consequently, AMEs are documenting more and more cases of sleep apnea, diabetes, and cardiovascular issues.

Due to these issues, it’s increasingly important that we work with airmen to be certain we’re addressing their needs. We want to keep healthy pilots healthy so that they can have a long airline career and enjoy flying as general aviation pilots long after that.

In the last two years, Aerospace Medicine has dealt with numerous COVID-19 concerns. You may recall that we initially extended pilot medicals by up to three months for much of the first year of the pandemic. We did so to allow the medical system to react and establish mitigation measures so that when a healthy pilot walked into a doctor’s office they didn’t run a high risk of becoming infected by the disease.

The other big issue I’d like to touch on is pilot mental health. In May, we plan to do some communication on this subject. There have long been concerns that once you’re diagnosed with a mental health issue, you’ll never fly again.

I want to stress that this is no longer the case, unless you have one of a select group of diagnoses. There are many individuals who’ve suffered mild anxiety or depression at some point in their lives who are flying again. However, it’s important to get help early on. If pilots have questions or concerns, we encourage them to seek initial assistance through peer programs like ALPA’s Pilot Peer Support.

How are you involved with airman medical certification standards? How often are these standards revisited?

Northrup: Per 14 CFR Part 67 (Medical Standards and Certification), I’m ultimately responsible for airman medical certification. This role is officially delegated to the federal air surgeon by the FAA administrator.

Aerospace Medicine is constantly monitoring new technologies and considering new medications released and approved by the Food and Drug Administration. If there’s been a sea change in the treatment of one of a group of disorders or diseases, our office may opt to conduct a symposium to share information and help raise awareness among our constituents.

Shortly before the COVID-19 outbreak, we conducted an oncology summit and invited world-renowned experts in various forms of cancer to give presentations on the latest treatments. In the time since I graduated from medical school, the therapies to fight cancer have made truly remarkable progress.

Another example is insulin-dependent diabetes. Using a continuous glucose monitor, first- and second-class airman can now fly on insulin. This was a tremendous breakthrough.

We constantly review the AME Guide to ensure that it aligns with the latest science. The last Wednesday of every month, we release updates. We’re also expanding the medication list in the AME Guide so that doctors have more options for medications they can prescribe.

In what ways do you educate pilots about health and wellness?

Northrup: We recently released our sixth Pilot Minute video. These episodes are available on YouTube and are no more than 90 seconds and provide a microlearning event. We’re always looking for new topics.

My office participates in webinars and contributes written guest columns in various magazines. We offer training programs; the agency has an altitude hypobaric chamber in addition to mixed-gas chambers that we’re starting to take to industry meetings and larger air shows. These machines enable pilots to identify their own symptoms of hypoxia on the ground, as opposed to in the air where they might not understand what they’re experiencing.

Plus, we provide AME-specific training, which is required every three years for those participating physicians to ensure that they fully understand any new policy changes and what’s expected of them.

Is your background as a former U.S. Air Force colonel and a current general aviation pilot important to the work you do?

Northrup: Definitely! It’s given me a better awareness of the stresses of flight and what pilots experience. In the military, I had to fly at least four hours a month, which allowed me to build time in all kinds of aircraft, from fighters to trainers to cargo airplanes.

After I left active duty, I went to work for Delta Air Lines, serving as its regional medical director for Aircrew and Passenger Health Services. In fact, I showed up eight days before the carrier’s first white powder scare—someone was sending anthrax through the mail. This was an interesting introduction to this new chapter in my life.

I firmly believe that having flying experience makes me a better doctor when relating to pilots. For instance, when flying the Air Force F-16, controlling the aircraft is commonly referred to as “playing the piccolo” because every finger on your hands has a responsibility. So if you broke your pinkie, could you still fly? Maybe. It might depend on whether it was on your right or left hand.

Fast-forward to my time at Delta. A pilot lost a portion of several fingers in a table-saw accident. We worked with Boeing to find the proper tolerances for the switches and dials on the flight deck. We then worked with the pilot’s occupational therapist to develop a program that would allow him to return to the flight deck and be able to use all the things he needed to touch and move.

Northrup: During my tenure, we’ve made a point to reach out to various aviation industry stakeholders, including ALPA, to provide them the opportunity to share with us a list of things that would make their jobs easier. This ask ties in directly with our educational efforts and helps us better understand the needs of our stakeholders.

I believe that a better-educated consumer of our product—airman medical certification—will move through our system faster and easier. With this knowledge, they better understand the process and know what to expect. We’re working every day to make it simpler and more intuitive. We’re also providing more information online.

In closing, I’d like to ask pilots to make sure that they thoroughly read the materials we send them, update their records on a timely basis, and submit all that is requested. Doing so will make all our lives that much easier.