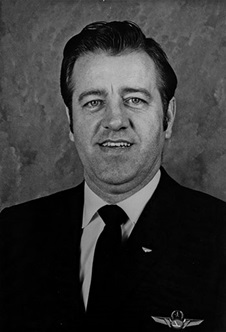 A former three-term ALPA president, Capt. John J. “J.J.” O’Donnell passed away on March 20 at the age of 97. ALPA’s fourth president, he held the position from 1971 to 1982, leading the Association through a pair of important milestones.

As president, two watershed events of the O’Donnell administration were the passing of the Anti-Hijacking Act of 1971, making air piracy a federal offense, and the enactment of the Airline Deregulation Act of 1978, which eliminated the federal government’s authority to regulate fares, routes, and market entry. His administration also established a permanent Flight Security Committee and developed the Human Intervention Motivation Study (HIMS) program. Because of his relationship with AFL-CIO President George Meany, the federation in 1979 gave ALPA a seat on its Executive Council, a position normally reserved for leaders of unions representing hundreds of thousands of workers. O’Donnell later served as vice president of the AFL-CIO and member of its policy-making executive council.

A regular visitor to Capitol Hill, O’Donnell also created the Association’s Political Action Committee, ALPA-PAC. Today, the award that goes to the top master executive council in terms of PAC participation is named after him.

“J.J. O’Donnell captained ALPA through two major storms, and he did it with integrity,” said Capt. Joe DePete, ALPA’s current president. “His strong hand guided us through the hijackings of the early 1970s and the deregulation that came later in the decade, providing a path forward through both. And his legacy continues to live on in our pilot-partisan ALPA-PAC.”

O’Donnell was born in 1925, in Dracut, Mass. During World War II, he spent more than two years in the Pacific theater, leaving the Navy in 1946. He entered Air Force pilot training three years later, and in 1952 he was assigned to Lincoln Laboratory, the Air Force Cambridge research center at Massachusetts Institute of Technology. In 1956, O’Donnell returned to the flight deck full time with Eastern Air Lines. He was elected to local office in 1958, then spent two terms as a member of the Board of Directors as copilot representative. From then until his accession to ALPA’s presidency, O’Donnell served continuously as a member of the Eastern Air Lines pilots’ Negotiating Committee and ALPA’s Retirement and Insurance Committee. 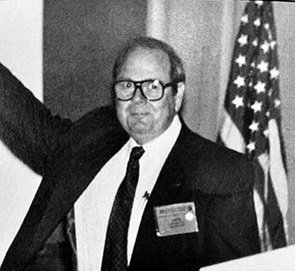 At a special meeting of the Board of Directors in 1985, Magee spoke in favor of the MCF, asserting, “We can go out here battered and bruised and find a shade tree in the backyard to lie under and lick our wounds and provide only the most perfunctory day-to-day representation” or ALPA could raise the money needed to meet the next unforeseen threat. He later observed that the creation of the Major Contingency Fund was “probably the most wonderful thing that [pilots] have ever done.”

Magee spent most of his flying career as a pilot for Ozark Airlines but transitioned to Trans World Airlines in 1986 when it purchased the smaller carrier. In addition to treasurer, he held a variety of ALPA posts including Retirement & Insurance Committee chair and Information Technology Advisory Committee chair. In 1990, Magee was elected deputy president of the International Federation of Air Line Pilots’ Associations.

The venerable pilot leader was awarded the title “Treasurer Emeritus” during the 32nd regular meeting of the Board of Directors and, at the time, served as an ALPA national officer longer than any other pilot with the exception of Capt. Dave Behncke, ALPA’s first president. In recognition of Magee’s accomplishments and many years of service, ALPA’s Executive Committee, during the administration of ALPA president Capt. Hank Duffy, dedicated the meeting facility at ALPA’s Washington, D.C., office at 1625 Massachusetts Ave., NW, the “Capt. John J. Magee Boardroom.” Until the office was closed in December 2020, the boardroom was adorned with a plaque bearing his likeness.