ALPA at 90: Securing the Flight Deck


Editor’s note: This year marks the 90th anniversary of ALPA’s founding. As “the conscience of the airline industry,” the Association has been at the forefront of advocating for safety and security advancements to protect pilots and their passengers and cargo. In each issue of Air Line Pilot, a technology or topic that the union has championed will be highlighted.

The modern airline industry traces its roots directly back to the airmail routes of the 1920s. Regulated by the U.S. Post Office Department, the government required that pilots who flew the mail be armed, a holdover from the Pony Express era and a rule that persisted until after World War II. 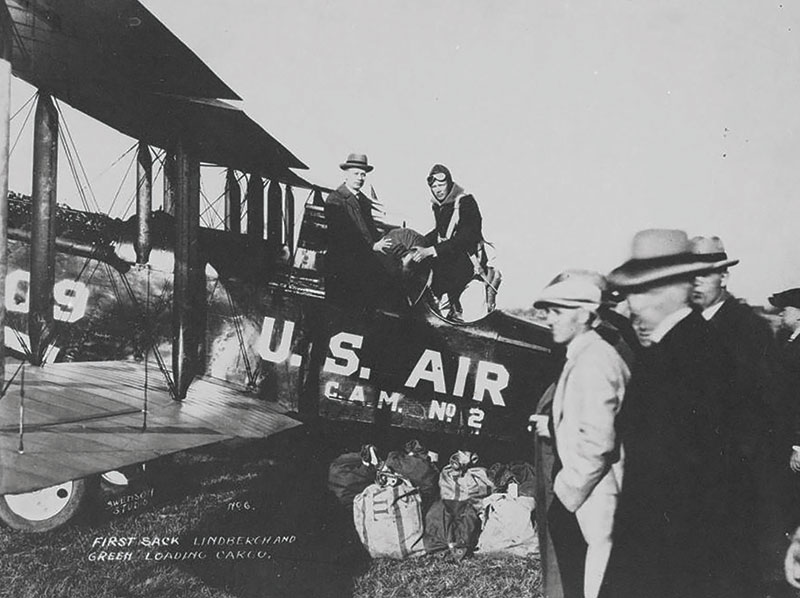 Charles Lindbergh loads cargo onto his airplane at Lambert Field in St. Louis, Mo., in 1925.

The primary security concern of the era was the theft of the mail, not seizing an aircraft for nefarious purposes.

Airlines and pilots determined their own methods of complying with the U.S. Post Office Department directives. For instance, United Airlines initially armed its pilots by outfitting its aircraft with handguns and ammunition in sealed packages under the pilot seats. The seal could be broken for emergencies or when making landings at places other than regular stops.

During World War II, many airlines had their aircraft and crews pressed into service, flying soldiers and supplies for the Air Transport Command, and their pilots were required to wear revolvers when flying military missions.

But a few years after the end of World War II, the U.S. Post Office Department rescinded the order for airmail carriers to arm their pilots. However, that didn’t mean that pilots couldn’t be armed. The FAA allowed any airline to arm its pilots if an acceptable implementation plan was submitted. In 1956, ALPA’s Board of Directors approved policy allowing pilot groups to decide for themselves issues relating to their pilots carrying firearms.

The Arrival of the “Air Pirate”

That view changed in the wake of the first hijacking attempt in the United States, which occurred on July 31, 1961, at Chico Municipal Airport in California. That day, a 40-year-old welder tried to hijack a Pacific Airlines DC-3 using a gun and a knife. In the process, the perpetrator shot Capt. Oscar Cleal, blinding him for life, and a ticketing agent before the copilot, F/O Alan Wheeler, and passengers managed to restrain him. Fortunately, the entire event took place while the aircraft was still on the ground.

From 1961 on, ALPA worked to prevent “air piracy,” although Congress was reluctant to take expensive corrective action, so it failed to mandate the necessary security measures. The Association officially came out against armed guards aboard aircraft to prevent skyjackings, despite the fact that the U.S. Customs Service operated a Sky Marshal program in the early 1970s, because ALPA supported thorough preboarding passenger searches as the best defense.

In the wake of the attack, ALPA successfully advocated for amendments to Civil Aviation Regulations Parts 40, 41, and 42. The amendments required that “the door separating the passenger cabin from the crew compartment on all scheduled air carriers and commercial aircraft must be kept locked during flight.” The FAA approved the requirement, which became effective on Aug. 6, 1964, but declined to institute screening procedures that would prevent passengers from carrying concealed weapons.

Nearly three years after the Chico attack, on May 7, 1964, a suicidal passenger pulled aside the curtain that separated the flight deck from the passenger cabin of the Fairchild F-27 that he was aboard and shot the flight crew of Pacific Airlines Flight 773, killing Capt. Ernie Clark and F/O Ray Andress, but not before Andress broadcast a plea for help.

The gunman then seized the controls and pushed the airplane into a dive, crashing it and killing all 44 aboard. In the aftermath, investigators noted that if the implementation of the amended requirements hadn’t been delayed, the tragedy of Pacific Airlines Flight 773 might have been prevented.

In 1969, responding to a new wave of “skyjackers,” the FAA appointed a special task force to study physical screening of passengers on the ground. A year later, after another deranged passenger attempted to hijack an Eastern Airlines DC-9, killing Capt. Jim Hartley in the process, the task force proposed the ALPA-recommended program of intensive ground screening of passengers, despite opposition from other industry groups.

From Personal to Political

Given that skyjackings provided a platform for those committing the act, it became a tool of terrorists and radicals. To highlight the issue publicly, the International Federation of Air Line Pilots’ Associations called for a “suspension of service” (SOS) that would shut down air travel for 24 hours. The SOS, conducted on June 19, 1972, provided the world with the line pilot’s perspective on the need for improved security. At the same time, ALPA developed a hijacking management program, called the Common Strategy, with the FBI and the FAA that used negotiation tactics to bring hijackings to a successful resolution in many instances.

ALPA’s heavy lobbying helped secure passage of a new antihijacking law in 1972 that required airlines to use available technologies, such as magnetometers and X-ray machines, to screen passengers and their carry-on baggage prior to boarding. This had a very positive effect on reducing the number of attempted hijackings.

The measures in place worked acceptably well against the political hijackers of the 1960s–1970s, but they were never intended to address the potential for suicidal hijackers, as was experienced on Sept. 11, 2001. Those multiple, coordinated attacks changed the airline industry forever. In response to the attacks, the Transportation Security Administration (TSA), an agency of the U.S. Department of Homeland Security, was formed. Shortly after 9/11, ALPA mounted a strong effort to persuade Congress to enact legislation to create a cadre of armed, trained airline pilots with the mission of defending the flight deck. Congress ultimately did so, and in 2002, it created a program to train and deputize pilots as Federal Flight Deck Officers (FFDOs) as legislated in the Arming Pilots Against Terrorism Act.

Since April 2003, thousands of U.S. flightcrew members have graduated from FFDO training to serve as the last line of defense against terrorism on aircraft and in the skies. ALPA’s close involvement with the program from its inception and working with the Federal Air Marshal Service have led to many improvements for individual FFDOs, including changes to the transportation of weapons, issued equipment, improved training, and additional training facilities. ALPA has also been instrumental in expanding the program to include all-cargo pilots.

A Remaining Opportunity for Improvement

Today’s pilots have more in common with their peers of 90 years ago than they may realize, as threats continue to exists and have in many ways grown exponentially. Unprotected access to the flight deck is increasing, and access rules vary, which creates an inconsistent level of protection. And pilots are still the last line of defense to protect passengers, flight crews, cargo, themselves, and ground targets from those who intend to do harm.