90 Years of Flying the Line: ‘The Trouble with E.L. Cord’


This year marks the 90th anniversary of ALPA’s founding, when 24 “Key Men” pledged themselves to a higher purpose, bettering the working conditions and compensation of their fellow airline pilots.

Air Line Pilot is highlighting chapters from Flying the Line, the Association’s unofficial history, that chronicle ALPA’s founding and the early days of airline flying. Why? To remind or inform members/readers that hard-earned gains didn’t happen by accident, that the “safest place on the earth” isn’t an empty motto, and that ALPA has paved the way for 90 years to advance the airline piloting profession to where it is today.

The following is excerpted from the book’s sixth chapter titled “The Trouble with E.L. Cord.” 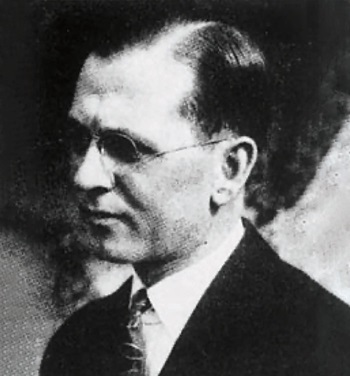 The trouble with E.L. Cord began abruptly in 1932, just when Dave Behncke needed it least. At the time he was trying to organize pilots on airlines scattered all over the country, juggle several apples simultaneously in Washington, and maintain some kind of order in his personal life. The last thing Behncke wanted was a war with somebody like Cord over a regional operation like Century Airlines. Century employed about 20 pilots to fly Stinson Model T trimotors over what was little more than a commuter route serving Chicago, Springfield, and St. Louis, with an occasional flight into Cleveland. Yet this relatively insignificant strike—or “lock out,” as Behncke always called it—was the first genuine labor dispute in modern aviation history, and it would become the single most important event in the development of airline flying as a profession and the establishment of ALPA as a force to be reckoned with in the future.

It began on a gray February evening in 1932 as Behncke sat in his office on the second floor of run-down Troy Lane Hotel in Chicago. The office seemed like heaven to Behncke, who had run ALPA’s affairs out of the front bedroom of his south­side Chicago bungalow for the previous two years, amid clattering typewriters, racing mimeograph machines, ringing telephones, and people coming and going at all hours.

Behncke’s bliss that evening was interrupted when a snow-bedraggled band of 23 Century Airlines pilots filed into the ALPA office, led by a Michigan Dutchman named “Duke” Skonning.

The pilots had learned of Cord’s plan to set up a nationwide network of airlines, all named Century, but with regional designations such as “Century Southwest,” operating at the bare bones cost of 38 cents per mile, which was roughly one-half the amount the Post Office airmail contractors were paid.

To get his costs down, Cord planned to lower the Century pilots’ salaries to the standard $150 per month he paid on Century Pacific. The Century pilots balked, pointing out that they already worked for below-­average wages and that to lower them further would result in a considerable hardship and “starvation wages.”

The pilots of Century Airlines wanted to bargain with Cord, and although he agreed to a 10-­day delay in instituting the new salaries, he had no intention of backing down. When the 10­-day “truce” was over, Cord hired armed guards to meet each pilot as he reported for work at Chicago’s Municipal Airport. The guards escorted the bewildered pilots into the presence of a company official, who brusquely handed them a sheet of paper that was both a resignation and an application for reemployment at the lower rate of pay.

The whole scene was humiliating, and every one of the pilots refused to sign. Century’s president fired them all on the spot.

Although the timing was poor, Behncke relished the Century expulsion because it gave him a chance to try his hand as a negotiator. He prided himself on being reasonable and persuasive, so he thought he could talk Cord out of it. But he hit a brick wall; he tried to make an appointment to see Cord and got nowhere. Nor would Cord’s secretary put through Behncke’s phone calls.

There was nothing to do but fight.

Next Time: ALPA’s battle to equalize pilot salaries begins with a seemingly trivial confrontation on the obscure, rogue airline of Long and Harmon.