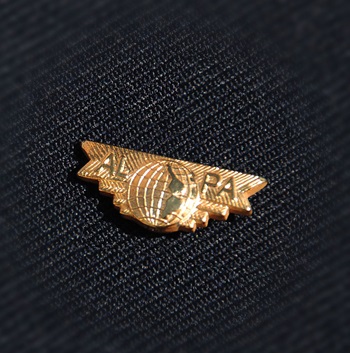 Our Background and Training

Most Alaska Airlines pilots have at least a decade of prior flying experience before coming to work at Alaska Airlines. We come from two backgrounds: civilian and military. Pilots from civilian backgrounds have a bachelor's degree from an accredited, four-year institutions, and many may also have master's, Ph.D., or other advanced degrees. Our military pilots come from all branches of the U.S. Armed Forces and have experience operating a variety of aircraft to include single-seat fighter jets to large, multi-engine cargo transports and helicopters.

Following initial training at Alaska Airlines (which includes classroom, simulator, and practical experience), we continue to train each year on the specific aircraft we fly. This “recurrent” training includes 12 hours in a flight simulator where we practice emergency procedures and work with new technology.

The Work We Do

Because our airline operates flights 365 days a year, we are often away from home and our families on holidays and weekends. On average, our jobs take us away from home 240 to 300 hours per month (60 to 75 hours per week).

In December 2016, Alaska Airlines announced that it closed its acquisition of Virgin America to become the fifth-largest airline in the country with 1,200 daily flights to 115 destinations.

The pilot groups from each company were members of the Air Line pilots Association, International (ALPA), with two separate Master Executive Councils (MECs). The merger combined the two MECs, adding nearly 900 Virgin America pilots to the Alaska Airlines MEC. As of December 2018, the Alaska Airlines MEC has a combined total of approximately 3,000 pilots.

Pilots in the Community