During his term as a Member of the U.S. House of Representatives for Ohio’s 16th District, Rep. John Boccieri meets with constituents in front of the Capitol to discuss health-care reform.

Pilot engagement in ALPA’s Government Affairs activities and lobbying efforts is crucial to the Association’s success on Capitol Hill. And working with volunteers who understand the complexities of flying, combined with the inner workings of the federal government because they’re former Members of Congress, gives ALPA even more political clout.

In addition to being a B-737 pilot and a member of his pilot group’s Legislative Affairs Committee, F/O John Boccieri (United) was elected to the U.S. House of Representatives for Ohio’s 16th District, holding that office from 2009 to 2011. During his term, he was a member of the House Transportation & Infrastructure (T&I) Committee and served as vice chair of its Aviation Subcommittee, playing a critical role in U.S. aviation policy making.

After graduating from college and playing semipro baseball for a year, Boccieri pursued a dual career path serving in the Ohio General Assembly, first as a paid intern and later as a state representative and senator, and flying as a pilot in the U.S. Air Force and Air Force Reserve. With this strong foundation, he ran for and was elected to Congress.

Boccieri noted that working as a federal official is an incredibly challenging job, especially when you’re from a swing district and a swing state. “You get sworn in and, then shortly after that, you get sworn at,” he quipped, highlighting the sometimes divisive nature of politics. However, Boccieri admitted that it was also very rewarding.

A veteran of Operation Enduring Freedom and Operation Iraqi Freedom, Boccieri had accumulated thousands of flight hours while in the Air Force. “At that time, I was really the only person on the T&I Committee and Aviation Subcommittee with that level of flying experience.” 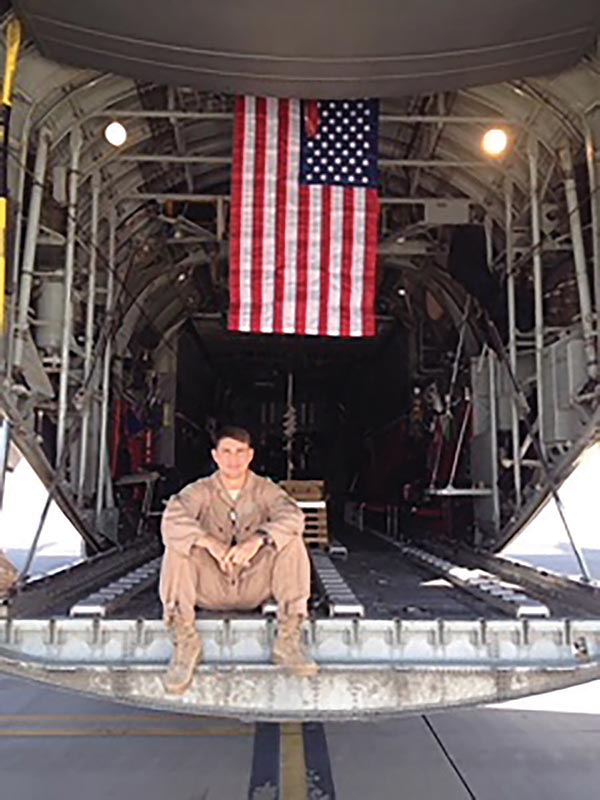 Boccieri at Bagram Air Base in Afghanistan waiting for his C-130 Hercules to be loaded.

The congressman’s firsthand knowledge of aviation would come in handy when he was called on to respond to the fallout from the Colgan Air Flight 3407 accident that occurred near Buffalo, N.Y., on Feb.12, 2009. Boccieri learned during a subsequent NTSB public hearing that the captain of the flight wasn’t trained in upset stall recovery, in part, because this instruction wasn’t mandated by the FAA.

He investigated the matter further, meeting in 2009 with Capt. Mark Segaloff (Colgan), the pilot group’s Master Executive Council chair; F/O Tom Cassidy (Colgan), the pilot group’s Legislative Affairs coordinator; and ALPA staff. In addition, the Ohio representative sent a letter to Colgan, asking about its policies and practices in light of the astonishing information that had surfaced.

Boccieri wrote, “As a pilot and frequent flier, I find it irresponsible—bordering on negligent—that Colgan Air management found it acceptable to put an aircrew in charge of passengers’ lives with insufficient training to control the aircraft to which they were assigned under the conditions that existed at the time.”

When a House bill to revisit first officer qualifications was introduced, which included mandatory upset recovery training, Boccieri helped propel its passage. Among other activities, he provided an impassioned speech on the House floor, stressing the importance of enacting these measures for the sake of aviation safety. Families of the Colgan victims who were in attendance that day later met with Boccieri to express their gratitude.

Soon thereafter, the Airline Safety and Federal Aviation Administration Extension Act of 2010, which contained this important safety language, was passed. FAA Advisory Circular 120-111, published on April 14, 2015, later signaled that upset prevention and recovery training would be required for all U.S. FAR Part 121 carriers by 2019.

Boccieri was hired by United Airlines in 2015, and four years later he was sitting in the carrier’s Denver Training Center, learning about the curriculum he had helped champion almost 10 years before as a Member of Congress. “That really made it all worthwhile,” he acknowledged. 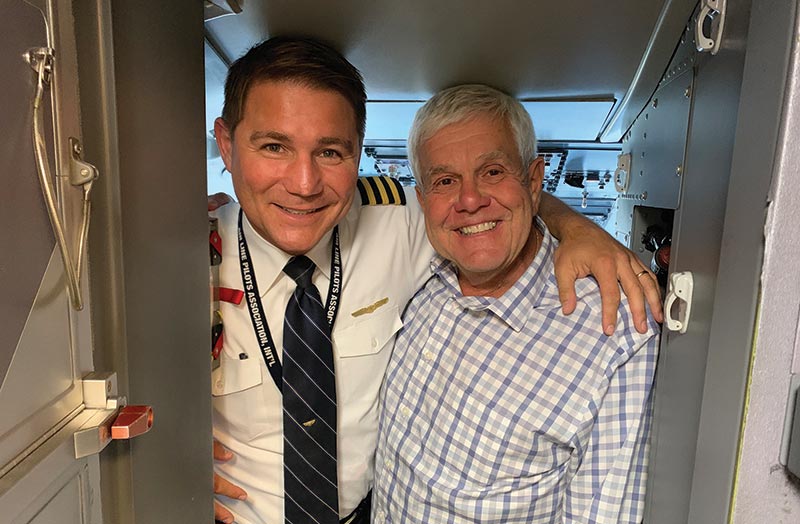 On a flight from Cleveland Hopkins International Airport, F/O John Boccieri (United) catches up with a former Ohio Legislature colleague.

Asked if he plans to run for office again, Boccieri remarked, “I haven’t counted it out, but I haven’t immediately counted it in.” In addition to being an airline pilot, he’s also a colonel and vice wing commander of the 911th Airlift Wing and the father of several young children. “They grow up fast,” Boccieri commented, noting that he wants to be able to spend more time with them.