By the Numbers: ALPA's Efforts Regarding 5G C-Band


In the 1970s, two parallel technologies, wireless networks and aircraft radar altimeters, were being widely developed and deployed for use. Today, the deployment of 5G, the current generation of wireless technology, has the ability to compromise the effectiveness of an aircraft’s radio altimeter, an instrument that’s vital to a wide range of aircraft systems and functions and is found on every commercial airliner currently flying.

ALPA has been aware for years that 5G deployment could introduce more complexity and risk into already-complicated airline operations and has been working tirelessly to make government regulators take note of the potential safety issues. 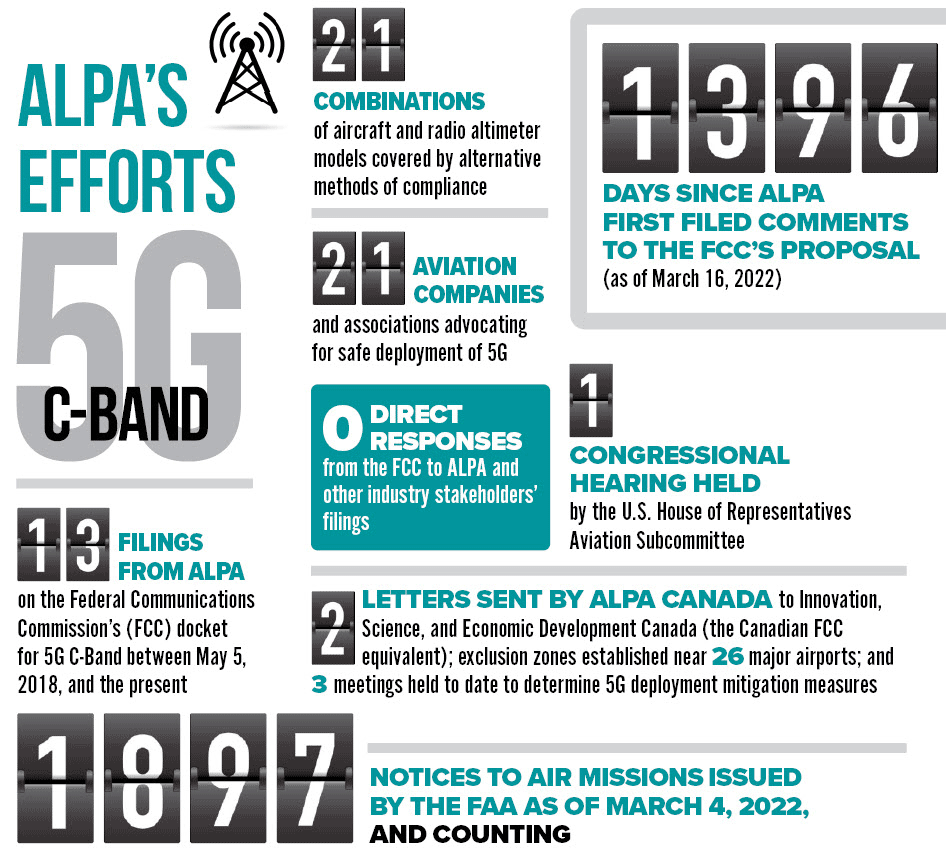 This article was originally published in the March 2022 issue of Air Line Pilot.