As the world focuses on COVID-19, international policies affecting aviation continue to be forged and come into force—including the UK’s exit from the EU. A new U.S.-UK bilateral agreement continues much of the policy that’s governed air travel between the two countries for 10 years—with a significant exception that, absent ALPA’s advocacy, threatened to undermine fair competition. 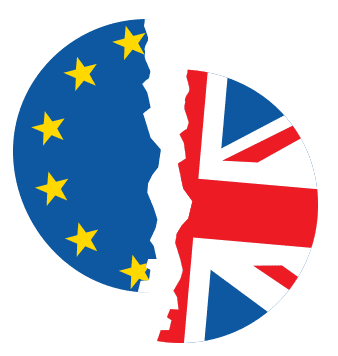 Before leaving the EU on Dec. 30, 2020, the UK fell under the initial U.S.-EU Air Transport Agreement (ATA), the first stage of which took effect April 30, 2007. An “Open Skies” agreement, the policy broke precedent to allow U.S. and EU airlines, including airlines in the UK, to fly from any of the EU member states to any point in the United States.

Historically, U.S. bilateral air service agreements had always required the partner country’s airlines to be substantially owned and effectively controlled by citizens of the country designating the airline. However, because of the EU’s more than two dozen member states and the European Common Aviation Area, the U.S.-EU agreement for the first time loosened this restriction. In the agreement, the United States permitted EU airlines to be owned by citizens of any EU country instead of requiring ownership by the country that had designated the airline.

During the U.S.-EU Open Skies agreement negotiations, ALPA monitored the developments and warned against any loosening of the ownership and control test. The Association cautioned that any relaxation would allow EU airlines to “shop” for the most advantageous regulatory, tax, and labor policies among the EU’s more than two dozen sets of national regulations and laws.

Eventually, ALPA and other U.S. and EU labor unions prevailed in ensuring fair competition for airlines and their workers on both sides of the Atlantic. During the second stage of negotiations in 2010, ALPA and its allies successfully added to the agreement a provision to protect workers. The pro-labor language, Article 17 bis, states that opportunities under the U.S.-EU ATA aren’t intended to be used to undermine labor standards.

UK Calls for the Same Deal as U.S.-EU Accord

In 2016, following a referendum in which UK citizens voted to leave the EU, the UK began talks with the United States to draft a post-Brexit bilateral air service agreement. As in the U.S.-EU agreement negotiations, ALPA’s pilot and staff team carefully monitored the UK’s position and its potential to affect U.S. pilots’ jobs as well as the piloting profession.

At that time and still today, none of the UK’s airlines are wholly owned and controlled by its citizens. The UK’s flagship carrier, British Airways, is owned by IAG, a multinational airline holding company. IAG is headquartered in London, England, but registered in Madrid, Spain, which is a member of the EU. If a post-Brexit U.S.-UK agreement didn’t allow EU ownership of UK airlines, British Airways would no longer qualify as a British airline.

As a result of the ownership status of British Airways and many of the UK’s other airlines, the UK sought in its bilateral agreement with the United States a relaxation of ownership and control requirements like that of the U.S.-EU ATA policy. In response, ALPA countered that any U.S.-UK agreement must also contain the same labor protections as the U.S.-EU agreement.

During the U.S.-UK bilateral agreement negotiations, the UK not only sought to relax the long-standing U.S. ownership and control test for its airlines, but UK negotiators called for loosening the restrictions for all UK airlines now—and in the future.

Through ALPA’s contacts at the highest levels of government, the union made clear that a broad waiver of the requirements, which are designed to protect fair competition, wouldn’t benefit and could potentially harm U.S. pilots and other aviation workers. A blanket waiver could have, for example, allowed state-owned and state-subsidized Qatar Airways to increase its control of a UK airline and benefit from the U.S.-UK ATA without the consent of the DOT.

Thanks in part to ALPA’s advocacy, the final U.S.-UK ATA agreement allowed airlines that held a valid operating license on Dec. 31, 2020, to be considered UK airlines, even if they are owned and effectively controlled by a nation of the EU or the European Economic Area or Switzerland. However, any airline that wasn’t owned and controlled by UK nationals as of December 31 and seeks to offer service on transatlantic routes is required to obtain a waiver from the U.S. government.

The public process required to grant a waiver allows the DOT to review each request on a case-by-case basis. ALPA will also be able to review and comment on individual waiver requests in the DOT docket and ensure that fair competition and pilots’ interests are reflected.

Due to ALPA’s advocacy and collaboration with the British Air Line Pilots Association, both the United States and the UK have recognized the benefits of ensuring that open markets for international air transportation are linked with high labor standards.

Prior to the UK’s departure from the EU, its airlines were regulated for safety purposes under a structure set forth by the European Union Aviation Safety Agency (EASA). While ALPA urged the UK to remain part of EASA after it formally left the EU on Dec. 31, 2020, the UK Civil Aviation Authority (CAA) has taken up the role as the safety regulator for the UK airline industry.

In August 2020, Stephen Hillier was approved by Parliament to become chair of the CAA. Following a long career in the Royal Air Force, Hillier has extensive military flying experience as a pilot and instructor. Commenting on the UK’s withdrawal from the EU and EASA in the Royal Aeronautical Society Brabazon Lecture in November 2020, he said, “I’m not going to say that as a consequence the situation is risk-free, but I can assure you that we are extremely active in doing all that we can to mitigate those risks. We’ve recruited the additional people we need; we already have a strong body of expertise; and we’ve progressed to stress testing our new structures to ensure that we’re as ready as we can be.”

Before COVID-19, tens of millions of passengers a year traveled on transatlantic routes, and air travel supported a $140 billion trading relationship between the UK and the United States. Once the pandemic public-health crisis is behind us, international passengers will return to these North Atlantic routes. Thanks to ALPA’s advocacy, fair competition for U.S. pilots will also be on the flight manifest.

In December 2020, ALPA responded to an application to the Department of Transportation (DOT) by Aer Lingus to fly between the United States and the UK using a new airline called Aer Lingus UK.

An agreement exists to ensure that Irish ALPA will represent the UK operation pilots, Irish ALPA and Aer Lingus UK will negotiate a collective bargaining agreement for the UK pilots, and the UK flight operation will be governed by UK law, including its labor law. Given union representation and UK legal authority over the company and its pilots, ALPA doesn’t oppose the Aer Lingus UK application to serve the United States.

ALPA has filed a response with the DOT to make clear that such waivers should be the exception and not the norm. The Association expects that the DOT will address its waiver concern in an order later this year.