7 Pilots Who Have Been Helped by P4P

When you donate to the Pilots for Pilots (P4P) Fund, you're helping your fellow ALPA members and their families. Below are seven stories from seven of the pilots who have received grants from P4P in the past. Click here to donate today. Remember, we're all just a disaster away from needing P4P. 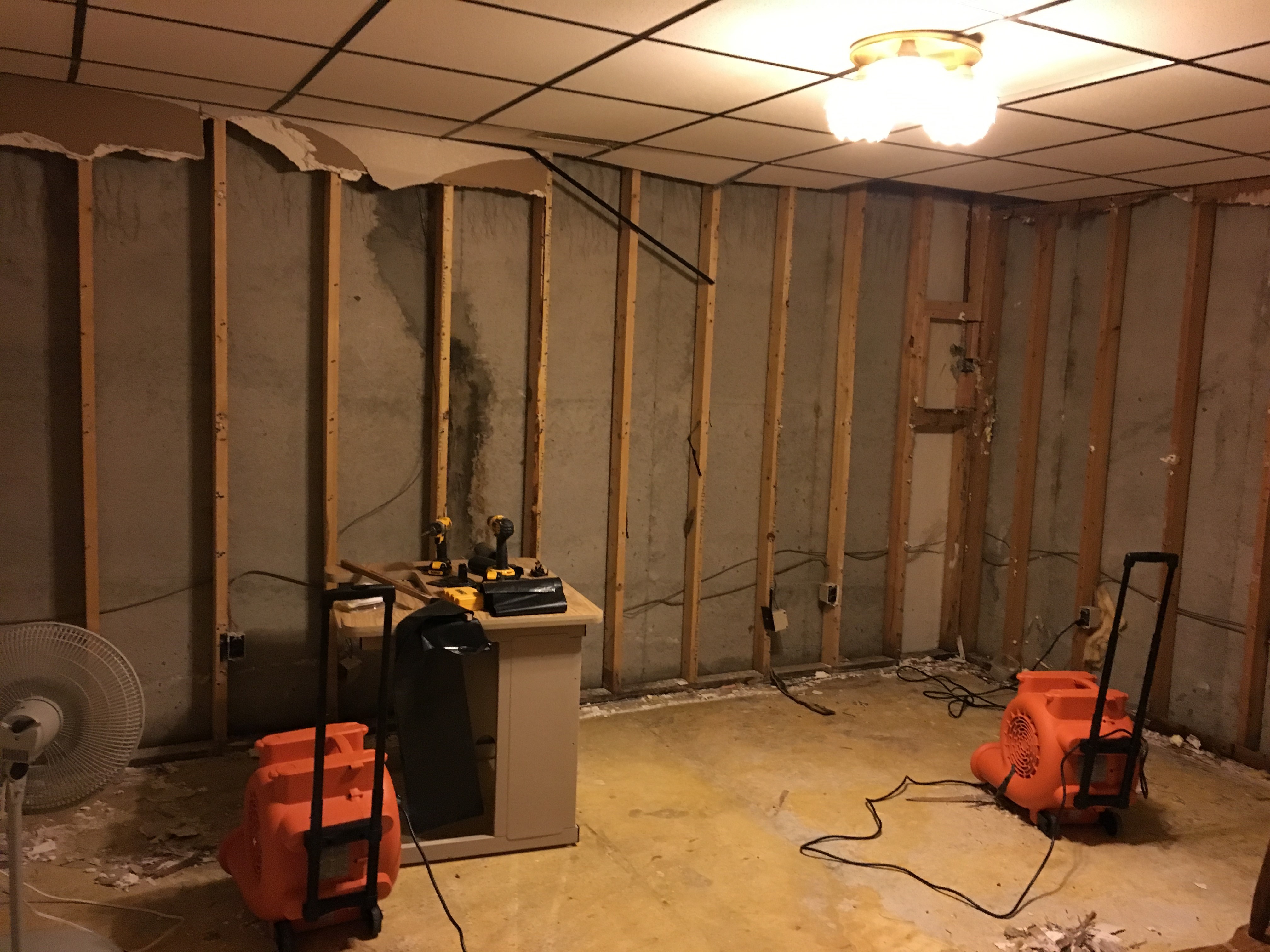 When record-setting flood waters hit southeast Kansas and southwest Missouri our family was greatly impacted, as the home we were living in became flooded. We lost some furniture but were otherwise unharmed. We had to have some damage corrected and that is when we found black mold. Due to this contamination and contractor work we were unable to live in our home for nearly two months.

I reached out to our MEC chairman Travis Ricks, who directed me to the ALPA P4P site. I easily used the site to apply for aid for my family. Within a few days I received a call from an ALPA rep and was told we qualified for a grant. I was surprised that we would get anything. We received the money directly into our account in a week.

Without this assistance, we would not have had a place to stay or be able to get into a new home. Our stress level has decreased tremendously and we are very thankful for all the help and support ALPA has provided for our family. The generosity of pilots to donate to this program helps families, not just fellow pilots.

We evacuated Port St. Lucie, FL in October 2016 for what was supposed to be a direct hit from Category 5 Hurricane Matthew. There was an official evacuation order for the immediate coast of that area, and while we lived slightly inland the governor was urging all residents to voluntarily evacuate, so we did. I only had about three days to prepare, including shuttering my house, stocking up on food, water, and supplies, and evacuating my family. I evacuated myself, my then fiancée (wife now), and three children to Atlanta by car and stayed with family there for a few days.

Although we didn't have any living expense while evacuated, or damage (the storm turned at the last minute fortunately), I did have to be removed from flying and had to spend a good deal of money for the evacuation. Due to the trip removal and expenses, we did not have enough money for a few bills that were coming due. Although P4P does not cover flight pay loss, it was able to reimburse me for the money that we had to spend to evacuate. We were able to pay our bills and a weight was lifted off of us. Many thanks to ALPA and the P4P program! 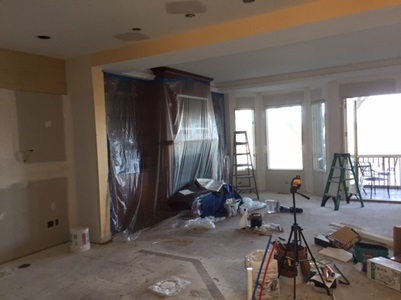 On Oct. 9, 2016, a strong and unpredictable hurricane named Matthew ravaged the southeast coast of the United States, sparing few along the immediate South Carolina coast. Matthew’s eyewall came right across Hilton Head Island, S.C., and my house was directly hit by 100-knot-plus winds, inundating rains, and an 8- to 12-foot storm surge, which caused widespread damage to the area. Flooding, significant tree loss, and driving rain significantly damaged our house and disrupted our lives for more than six months.

While assessing the damage after a 10-day evacuation, I received a phone call from F/O George Riley with United’s Council 11 asking if there was anything he or ALPA could do to help in the matter. He mentioned the Pilots for Pilots (P4P) grant that was available and stated if I needed it, he and ALPA were there to help. After days of clean up and recovery, it became painfully obvious that the outflow of money was becoming significant and that I should use the resources available to me. The grant process was fast and easy and the award was very timely and beneficial.

My wife and I say “thank you” to all the pilots who have contributed to this fund. It alleviated some major stress in a time of need. It is a great program—one I thought I would never use but one that I will contribute to for the rest of my career. 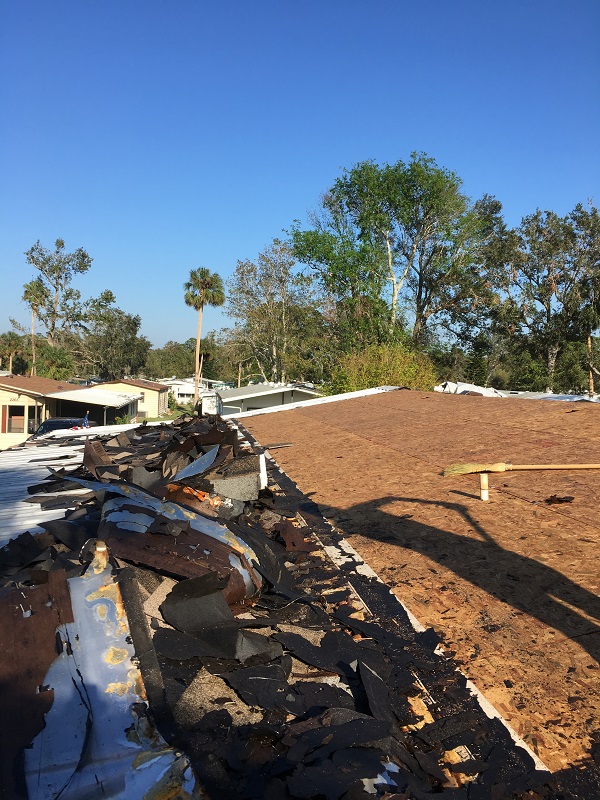 Without ALPA and Pilots for Pilots, I wouldn't have a roof on my house right now. Last year my wife and I watched Hurricane Matthew all night, hoping it wouldn’t wipe us out. While we only got a glancing blow, it was still enough. Matthew sent trees into houses, carports down the street, roofs into neighbors’ houses—and in my case half my roof was removed and deposited somewhere down the street.

My wife and I, both in our 50s, couldn't afford to wait on a roofing company and couldn't pay them what they were asking anyhow. But P4P gave us enough to buy the supplies we needed and we got up there and worked away. It took us over a week but we have a new roof and it doesn't leak a drop. Meanwhile, some people are still getting repairs done. We can't thank you enough, we would have been in a really bad mess without P4P and ALPA. 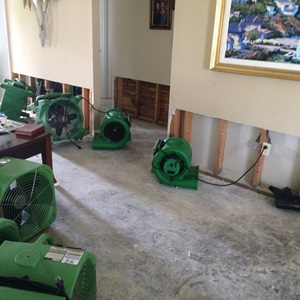 We live north of Tampa, Florida, in a canal community on the Gulf of Mexico. On Sept. 2, 2016, Hurricane Hermine blew through our area, and the storm surge pushed four to six inches of salt water throughout our home. The damage was devastating. Every possession we owned that was within five inches of the floor was now damaged by saltwater. While flood insurance went a long way to assist us in rebuilding our home and helping us to replace our furniture, there is a great deal of expense associated with a flood that insurance does not cover. That includes things such as immediate hotel and food expenses, movers to pack up and move every piece of furniture and possession that we owned and storing everything during the rebuild of our home, moving into and living in a furnished month-to-month rental condo while our home was being rebuilt; the list of uncovered expenses goes on and on. The uncovered out of pocket expenses associated with this experience was well over $25,000.

To say that we were overwhelmed emotionally, mentally, and financially is an understatement. We were very grateful for the assistance we received from ALPA and the P4P program during a most difficult time in our lives. 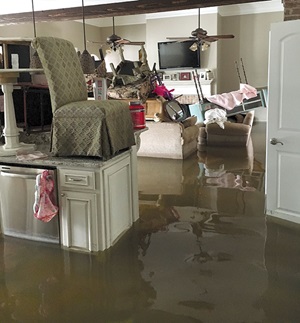 I was at a conference in Tennessee and my mom was at home watching our 19-month-old when a massive storm hit Monroe. We received nearly 27 inches of rain during a six-day period, and my mom was sending me pictures throughout of pools of water collecting in my backyard and in the street. We arranged for my mom and daughter to stay with a neighbor, and it’s a good thing we did. The following morning we received a hysterical call from the neighbor—the nearby Ouachita River had crested four feet above flood stage and water had worked its way into every nook and cranny of our house. My husband and I hurried home to inspect the damage. While wading through chest-deep water, my husband caught a white perch in a hallway closet with his hands.

We didn’t live in a flood zone so we hadn’t purchased flood insurance, and our homeowners insurance wouldn’t cover anything. We applied for disaster assistance through the Federal Emergency Management Agency but nearly 5,000 homes in the area had been damaged so we were looking at a long wait before an inspection. A fellow pilot at Endeavor Air recommended that I contact P4P, and shortly after sending in my application I got word that a grant was being issued. It’s been extremely stressful. Every dollar that doesn’t include interest or eventually require repayment will make this process a little less difficult. Having this kind of support makes all the difference in the world.

On June 28, 2015, the Sleepy Hollow fire started a few miles from our home in Wenatchee, Wash. I arrived home at 5:00 p.m. and by 6:00 p.m. the fire crested the hill behind our home, leaving me just enough time to grab my two kids and our two cats.

After the fire destroyed our house, we were left with nothing. As my family dealt with the enormity of losing everything, the immediate financial assistance that ALPA's P4P fund provided allowed me to purchase some essentials for my family.

Fellow ALPA members, I encourage you to support this worthwhile effort to raise funds to support our fellow pilots in their time of need. 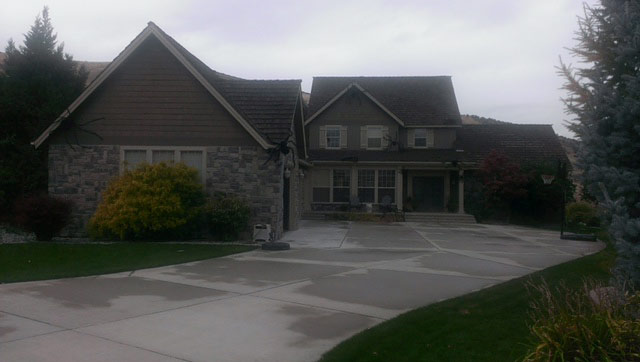 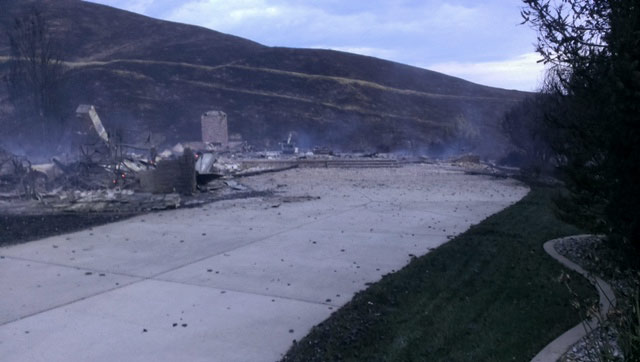