McLean, Va.—The Air Line Pilots Association, Int’l (ALPA) today released new data from the Federal Aviation Administration (FAA) that once again demonstrates that the United States is producing a record number of certificated airline pilots this year, with more pilots in the market today than there are jobs available. According to the FAA, 9,397 new commercial airline pilot certificates have been issued in the last 12 months, exceeding airline analyst forecasts and airline pilot demand. In addition, the U.S. has roughly 10 percent more flight instructors than before the pandemic, which will allow for increased pilot production in the future.

“This is good news that everyone in our industry should be celebrating,” said Capt. Joe DePete, ALPA president. “The decision to invest in America’s aviation workforce, made in the darkest days of the pandemic, continues to pay off with record pilot production numbers. Unfortunately, special interest groups in Washington, D.C., continue to spread misinformation about the pilot ecosystem in an effort to weaken air safety standards and shortchange frontline workers. The truth is, airlines are making money hand over fist, flying fewer hours, and have more pilots than before the pandemic.” 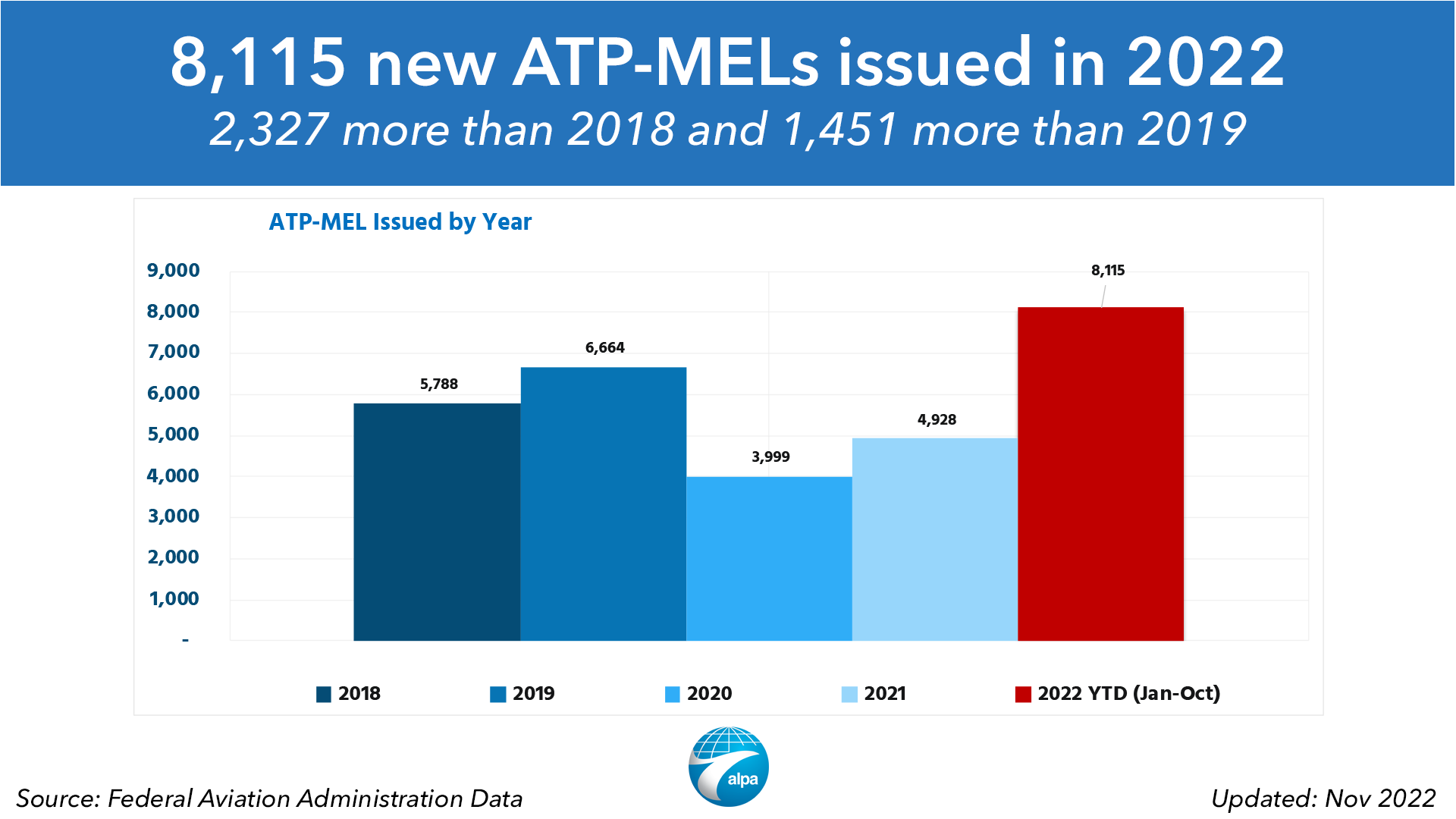 Despite the ongoing strong growth in the number of pilots available in the United States, some special interest groups continue to spread misinformation, blaming profit-driven service cuts on a lack of available pilots. Their real goal is to weaken proven pilot training safety standards so they can hire less qualified aviators for lower pay and benefits. Airlines cut or modify service to small, less-profitable communities, while adding additional service to markets that are more profitable; it has nothing to do with pilot supply or safety regulations.

“Pilots don’t make corporate business decisions about what cities to serve. It’s the airlines that make those choices, and it’s all based on profitability and their bottom line,” added DePete. “Pilots are trained for life to get passengers to their destinations safely, and we are as frustrated as the flying public at the airlines’ service cuts, flight delays and cancellations and fatiguing schedules. Rather than trying to pass the buck and blame workers, airline CEOs should commit to forgoing stock buybacks and own up to their service shortcomings.”

The most recent FAA data continues to support that the United States is producing more than enough certificated commercial airline pilots to meet or exceed airline hiring demand and compensate for retirements over the past decade, even as new and more rigorous pilot training standards were enacted to enhance safety.

Founded in 1931, ALPA is the largest airline pilot union in the world and represents more than 66,000 pilots at 40 U.S. and Canadian airlines. Visit ALPA.org or follow us on Twitter @ALPAPilots.