DENVER, Colo.—As negotiations drag into a third year, Frontier Airlines pilots continue to fall further and further behind their peers, raising the question of where the airline will find pilots to fulfill its aggressive expansion plans.

Joined by pilots and flight attendants from United, Southwest, JetBlue, and ExpressJet, 200 Frontier pilots picketed outside the airline’s corporate headquarters in Denver today to mark the second anniversary of opening contract negotiations on March 7, 2016.

Even though Frontier was the most profitable major U.S. airline through the third quarter of 2017, after months of dead-end bargaining, pilot leaders believe management has no intention of reaching an agreement until they are forced into one.

“Our contract is 11 years old. We’re the last airline in America with a bankruptcy contract, and it’s become obvious that the Company is doing everything it can to stall and keep us locked into our 2007 agreement,” said Capt. Tracy Smith, chairman of the Air Line Pilots Association’s (ALPA) Frontier Airlines group. “We believe Frontier will not begin bargaining seriously until they are given a hard deadline by the National Mediation Board to either reach an agreement, or start the clock toward a legal pilot strike.”

“Spirit is our closest competitor, and with their new deal Frontier is officially the least attractive destination for any new pilot entering the industry. The company is already having trouble hiring, and this will only make matters worse,” Smith said. “Frontier is buying billions of dollars’ worth of new airplanes without pilots to fly them. It’s a recipe for disaster for the airline and its investors.”

The National Mediation Board has ordered Frontier and ALPA to meet at their Washington, D.C., headquarters on March 15–16. 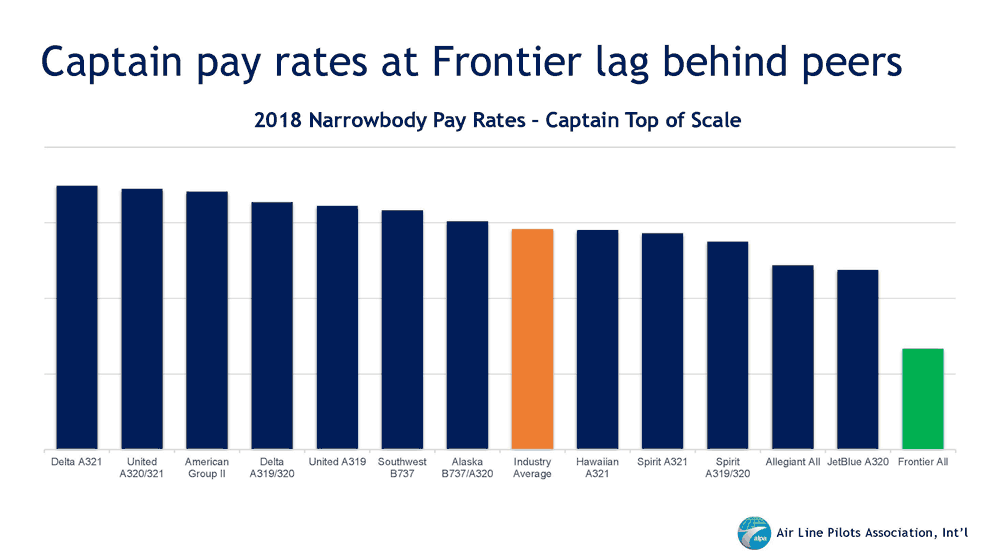 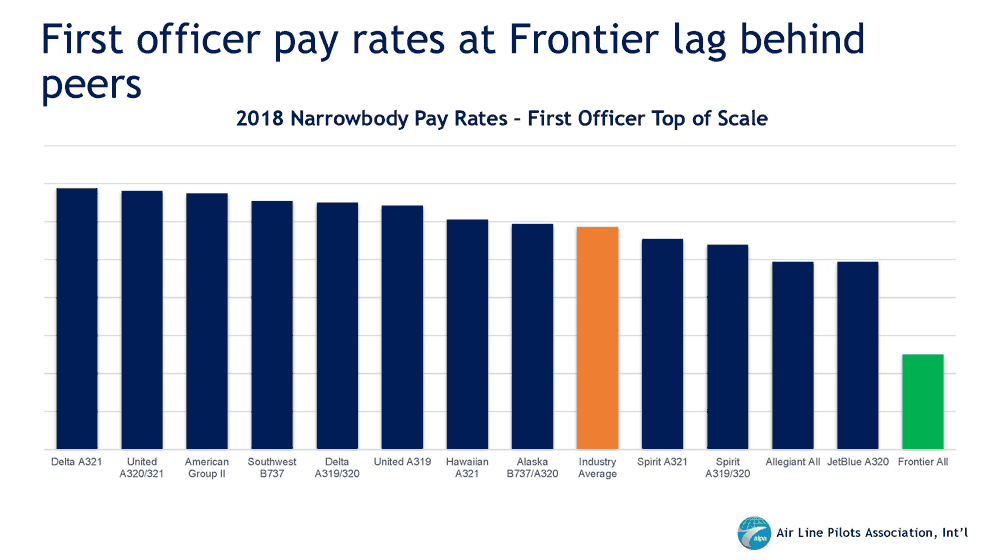 Founded in 1931, ALPA is the largest airline pilot union in the world and represents over 60,000 pilots at 34 U.S. and Canadian airlines. Visit the ALPA website at alpa.org or follow us on Twitter @WeAreALPA.