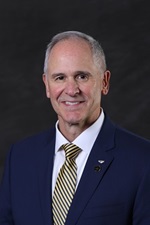 Captain Joe DePete serves as the eleventh president of the Air Line Pilots Association, International (ALPA), which represents over 62,000 professional airline pilots in the United States and Canada and is the largest nongovernmental aviation safety organization in the world. He was elected at the union’s 47th Board of Directors meeting on Oct. 17, 2018, and began his four-year term on Jan. 1, 2019.

As president, Captain DePete serves as ALPA’s chief executive and administrative officer. He oversees the Association’s daily operations and presides over meetings of ALPA’s governing bodies, which set policy for the organization. He is also the chief spokesman for the union, advancing airline pilots’ views before the U.S. Congress, Canadian Parliament, government agencies, airline and other business executives, and the news media.

Captain DePete’s long history of service to the Association also includes time as ALPA executive vice president, FedEx Express Master Executive Council chairman, and Local Executive Council chairman. He was an active member of the ALPA Organizing Committee for the merger with the Flying Tiger Line Pilots Association as well as for the merger with the FedEx Pilots Association. Captain DePete was the sole representative for U.S. airline labor at the 1995 Asian Pacific Economic Council Transportation Ministerial Meeting held at the U.S. State Department.

Additionally, Captain DePete organized the first Pilots for Kids charity drive for the FedEx Express pilots and participated in the development of the first FedEx Pilot Habitat for Humanity project for the Anchorage, Alaska, council.

Based in Memphis, Tenn., Captain DePete flew and served as a line check airman on the A310/300 for FedEx Express. A graduate of St. John’s University, he earned a BA in political science and served as a captain in the U.S. Marine Corps, where he flew the KC-130 for Squadron VMGR-252, stationed at Cherry Point, N.C. He is also a certified investment portfolio manager, having passed the Series 65 (NASAA) Uniform Investment Adviser Law Exam. He resides in Louisville, Ky. 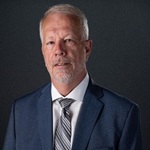 Mr. Joseph Szwalek has over 32 years’ experience working at Transport Canada in the Civil Aviation Directorate, providing regulatory oversight. He has a broad range of flight experience, from single-engine aircraft instructor, line crew on a twin-engine aircraft and Captain of the Cessna Citation. He has logged in over 7000 hours of flight time in a flight career spanning nearly 37 years.

In June 2019, Mr. Szwalek was appointed as Associate Director General, Civil Aviation. In this role, he is responsible for the design and maintenance of a National Civil Aviation program through policy, guidelines, regulations, standards, and education and awareness in order to achieve Transport Canada’s safety priorities.

This program regulates all facets of the aviation industry in Canada, including aeronautical products, personnel licensing, training, operating and flight rules, airports, commercial air services and general aviation and navigation.

Prior to this role, he was the Regional Director, Civil Aviation within the Ontario Region, located in Toronto, Ontario. He has held a variety of positions progressing through frontline inspector, Superintendent – Flight Training Standards, Manager – Aviation Enforcement and Manager – Commercial and Business Aviation. 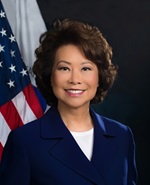 Secretary Elaine L. Chao is currently the U. S. Secretary of Transportation. This is her second Cabinet position. She served as U.S. Secretary of Labor from 2001-January 2009, and is the first Asian-American woman to be appointed to the President’s Cabinet in American history.

Secretary Chao understands the critical role of the Department in ensuring the safety of our country’s transportation systems. She is also keenly aware of the key role infrastructure plays in our nation’s economic competitiveness, and in strengthening economic growth in both the urban and rural areas of our country.

Secretary Chao has a distinguished career in the public, private, and nonprofit sectors. An immigrant who arrived in America at the age of eight speaking no English, she received her citizenship at the age of 19. Her experience transitioning to a new country has motivated her to devote most of her professional life to ensuring that everyone has the opportunity to build better lives for themselves and their families. As U.S. Secretary of Labor, she focused on increasing the competitiveness of America’s workforce in a global economy, promoted job creation, and achieved record results in workplace safety and health.

Prior to the Department of Labor, Secretary Chao was President and Chief Executive Officer of United Way of America, where she restored public trust and confidence in one of America’s premier institutions of private charitable giving, after it had been tarnished by financial mismanagement and abuse. Secretary Chao also served as Director of the Peace Corps, where she established the first programs in the Baltic nations and the newly independent states of the former Soviet Union.

Secretary Chao earned her MBA from the Harvard Business School and an economics degree from Mount Holyoke College. Honored for her extensive record of accomplishments and public service, she is the recipient of 36 honorary doctorate degrees.

Secretary Chao is a resident of Jefferson County, Kentucky. Prior to her appointment as Secretary of Transportation, she was a Distinguished Fellow at Hudson Institute. She is the eldest of six daughters born to Dr. James S.C. Chao and the late Mrs. Ruth Mulan Chu Chao.

View a list of all speakers and which sessions they're part of.