As national borders were closed, shelter-in-place orders were issued, and large gatherings were prohibited due to the COVID-19 pandemic, the demand for airline passenger travel, both international and domestic, hit historically low levels.

One real-time measure that demonstrates the difference in passenger numbers between the recent past and present is passenger screening. Since March of this year, the Transportation Security Administration (TSA) has published the number of daily security screenings it’s conducted (total traveler throughput), as well as the number from a year ago (adjusted for the same weekday to account for workweek variation).

As the graphic indicates, by early March 2020 the daily throughput had decreased by about 10 percent compared to the same period in 2019. By mid-March, as travel bans and event cancellations were announced, the daily throughput continued to drop, going under a million screenings on March 17 and bottoming out at slightly more than 87,500 on April 14—just 4 percent of the amount on the same day in 2019.

Recently, there’s been an uptick in numbers. Although daily traveler throughput is still roughly 25 percent of 2019’s figure, as Air Line Pilot went to press the trend continues to improve as states lift shelter-in-place orders. ALPA continues to call for the mandatory wearing of face masks for crewmembers, except when on the flight deck with the door closed, and passengers; proper cleaning, disinfecting, and sanitizing of the aircraft; and employee notification of COVID-19 cases in the workplace. These requirements will help to restore the public’s confidence in air travel, return flight crews and passengers to the skies, and lead to the economic recovery of the airline industry. 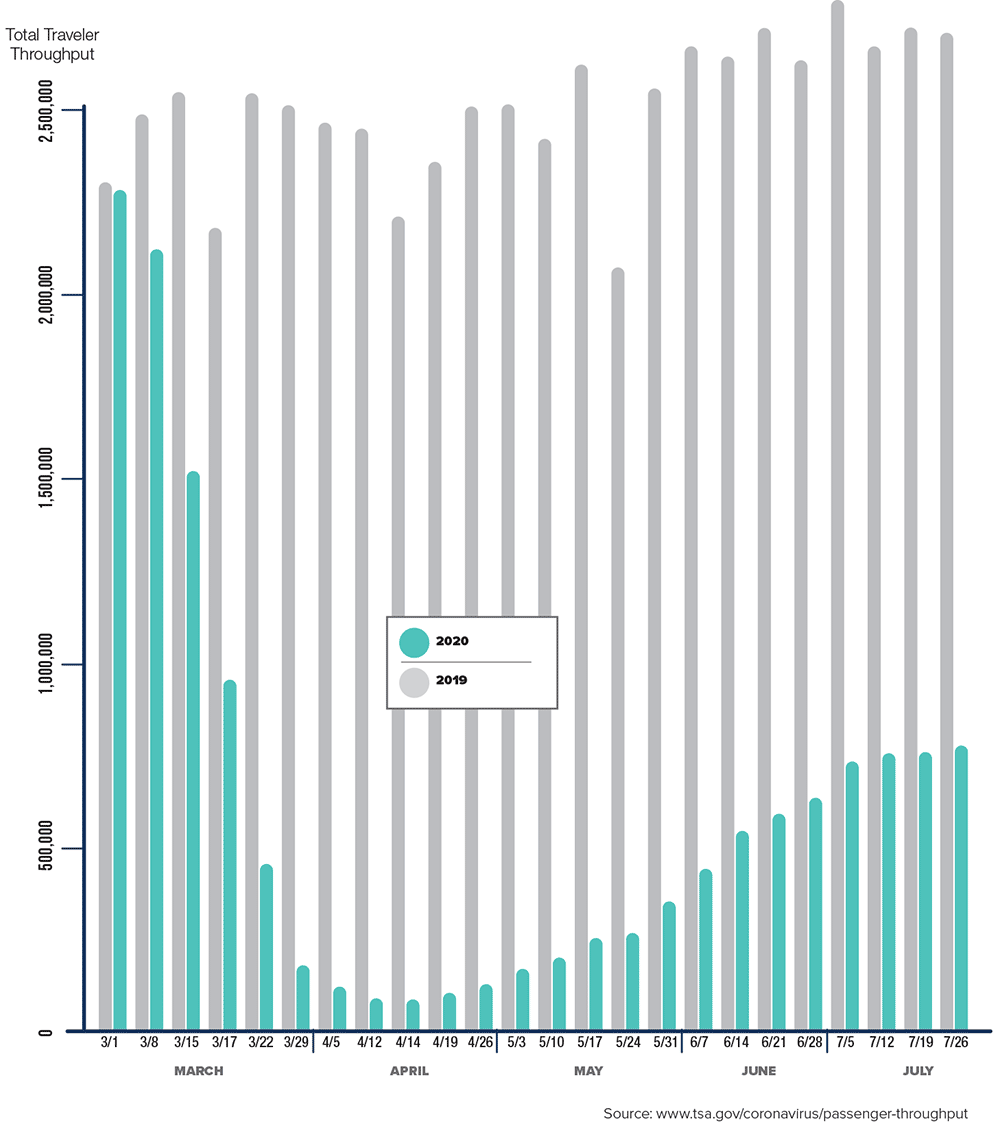