Last month an airliner departing Sacramento International Airport returned to the field shortly after takeoff because the flight crew reported smelling fumes in the cockpit. Flight and cabin crewmembers continue to report fume and other cabin-air-quality events resulting in similar flight disruptions and, in some cases, passenger and flight crew illnesses. Airworthiness regulations specify that the air in the cabin of an airliner must be free from harmful or hazardous concentrations of gases or vapors. Despite these mandates, the number of related incidents continues to mount.

To address this hazardous trend, ALPA is spearheading a campaign to ensure that proper measures are taken to safeguard passengers and crewmembers. Working closely with lawmakers, regulators, and other aviation stakeholders, the Association continues to highlight gaps in policies and practices and propose reasonable, safety-driven solutions.

Cabin air in most of today’s jet aircraft (the B-787 being the most notable exception) is drawn from compressors in engine compartments. If a seal inside the engine breaks, gases from engine oil and other toxic chemicals can mix with this “bleed air,” as it’s known, producing noxious fumes that leak into the aircraft cabin. These occurrences have the potential to incapacitate flight crews.

In 2015, the International Civil Aviation Organization published “Guidelines on Education, Training, and Reporting Practices Related to Fume Events.” The document noted, “Often, oil fumes do not smell like oil. Instead, they are typically described as smelling like dirty socks/smelly feet, foul, or musty. Hydraulic fluid often has a distinctive and recognizable odour that is often described as acrid.” However, other chemicals can be odorless, making it difficult to detect their presence.

At an ALPA meeting on cabin air quality held Feb. 25, 2019, the Association observed that from 2010 to 2017 the number of annual incidents appeared to increase. “More reports are being filed,” said Rikki Gardonio, a staff engineer from the Association’s Engineering & Air Safety Department. “This trend could be due to increased awareness of the problem; but, nonetheless, more data is being added and studied.”

Individual ALPA pilots and pilot groups have been at the forefront of raising awareness of the health risks associated with contaminated bleed air. Capt. Daniel “Eric” Tellmann (Spirit) experienced a fume event in 2015 and has been an ardent advocate for measures to address this hazard ever since. He observed, “The potential for pilots to breathe oil fumes on board containing various toxic chemicals, including tricresyl phosphates and carbon monoxide, has been recognized as a crew health and flight safety hazard in military and commercial circles since the 1950s.” (See “Fume Events: ALPA Developing Independent Study.” 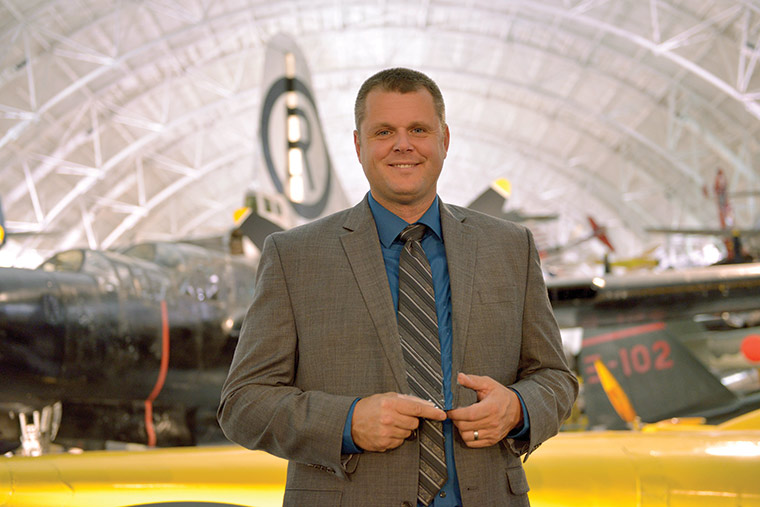 Capt. Eric Tellmann (Spirit) was awarded an ALPA Presidential Citation for his work regarding fume events and cabin air quality.

Tellmann received an ALPA Presidential Citation for his efforts to track occurrences and develop fume-mitigation procedures at his carrier as well as other airlines. In addition, he’s worked with both Spirit and the manufacturing industry on a new cabin air filtration system to better eliminate airborne chemicals that could harm both passengers and flight crews.

Several pilot groups, including JetBlue, have created their own Environmental Standards Committees to research the latest scientific data on these occurrences. Prompted by a significant number of cabin-air events involving JetBlue crews, the pilot group’s Master Executive Council (MEC) created a “Fumes Odor Post-Event Checklist” for its members (available on the JetBlue MEC website) and has even encouraged them to photograph logbook entries of incidents to ensure that pilots would later have access to this information.

Last May, Capt. David Baron (Alaska), another ALPA cabin-air-quality subject-matter expert, spoke at a meeting of the Aerospace Medical Association. He compared cabin-air events to the presence of cigarette smoke on aircraft before smoking was banned on most flights. However, Baron noted that cabin-air events can be significantly more dangerous because of the more immediate threat they potentially pose.

Alaska, JetBlue, and Spirit are just some of the ALPA pilot groups promoting awareness of this important safety concern. And at the Association’s 2018 Board of Directors meeting, pilot leaders approved a unionwide strategic plan that includes providing “resources and advocate for the highest levels of safety and oversight of all ALPA pilots’ onboard environmental working conditions [e.g., potable water, air quality, radiation, cleanliness].” Accordingly, the organization’s Government Affairs Department and ALPA pilots who serve as Legislative Committee volunteers have joined the campaign and are soliciting help from the federal government.

Most recently, Capt. Bob Fox, ALPA’s first vice president and national safety coordinator, met with Sen. Richard Blumenthal (D-CT) and Rep. Brian Fitzpatrick (R-PA) to show support for the Cabin Air Safety Act of 2019 (see page 11). If passed, this bipartisan legislation (S. 1112/H.R. 2208) would require carbon monoxide detectors to be installed on commercial aircraft. Pilots, flight attendants, and other airline workers would need to undergo annual training to learn how to respond to smoke and fume events, and the bill would also compel the FAA to create a standardized reporting system for aviation workers. Show your support for the Cabin Air Safety Act by completing our Call to Action.

Capt. Joe DePete, ALPA’s president, thanked the Members of Congress for their support, stating, “ALPA is grateful to Sen. Blumenthal and Rep. Fitzpatrick for their efforts in the fight to keep our skies safe and healthy. Through their leadership, we’ve been making progress on helping our industry facilitate open discussions around research, education, standardized reporting, and data collection of air quality or fume events aboard aircraft.”

Yet some remain skeptical, highlighting the difficulty in proving that accounts of symptoms and illnesses are the product of contaminated bleed air and not some other source. Airlines for America in 2015 stated to Congress that the “risk for these issues” is “extremely low.” F/O John Taylor (United), ALPA’s Pilot Assistance Group chair, countered, “Symptoms identified by flight crews who’ve experienced these occurrences are consistent with exposure to the products that can contaminate air supply systems.”

Part of the challenge in identifying cabin-air events is the lack of a consistent way to communicate what’s happening. Some carriers provide guidance, but no standardization exists within the larger airline industry. For example, differing terminologies could easily lead to different conclusions. As Baron observed in his Aerospace Medical Association presentation, “We all need to be operating off the same playbook.” 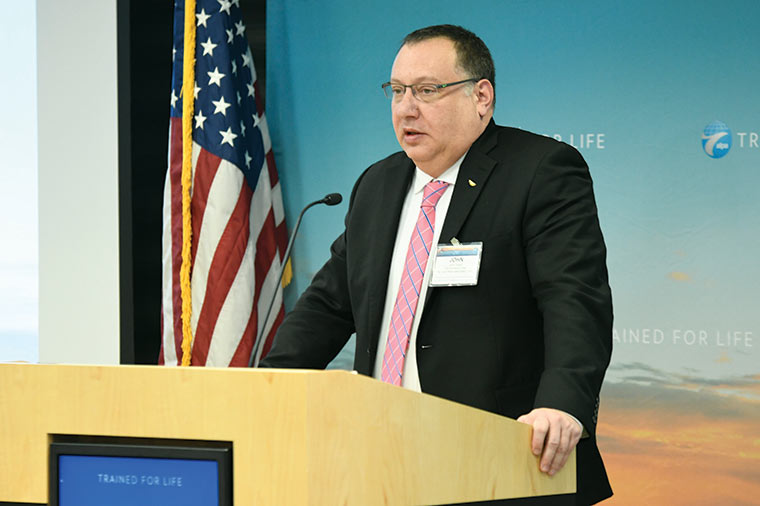 In December 2018, the International Federation of Air Line Pilots’ Associations issued a white paper titled “Cabin Fumes” that addresses “how to train for, mitigate against, and report fume events.” The document, which is also posted on ALPA’s website, calls for solutions like alternatives to bleed air systems, bleed air filtration, fume event detection and monitoring, reduced toxicity oils, and separate checklists for fume events.

ALPA members who experience cabin-air-quality events are urged to contact ALPA’s Worldwide Accident/Serious Incident Hotline at 202-797-4180 as well as ALPA’s Aeromedical Office at 303-341-4435. Affected pilots are also encouraged to fill out the IATA Smoke and Fumes Reporting Form.

Until measures are taken to eliminate the risk of harmful cabin-air-quality events, ALPA will continue to advocate for the best mitigation strategies to ensure that flight crews and passengers can breathe easy.