Alaska Pilot Reflects on Time in the NHL 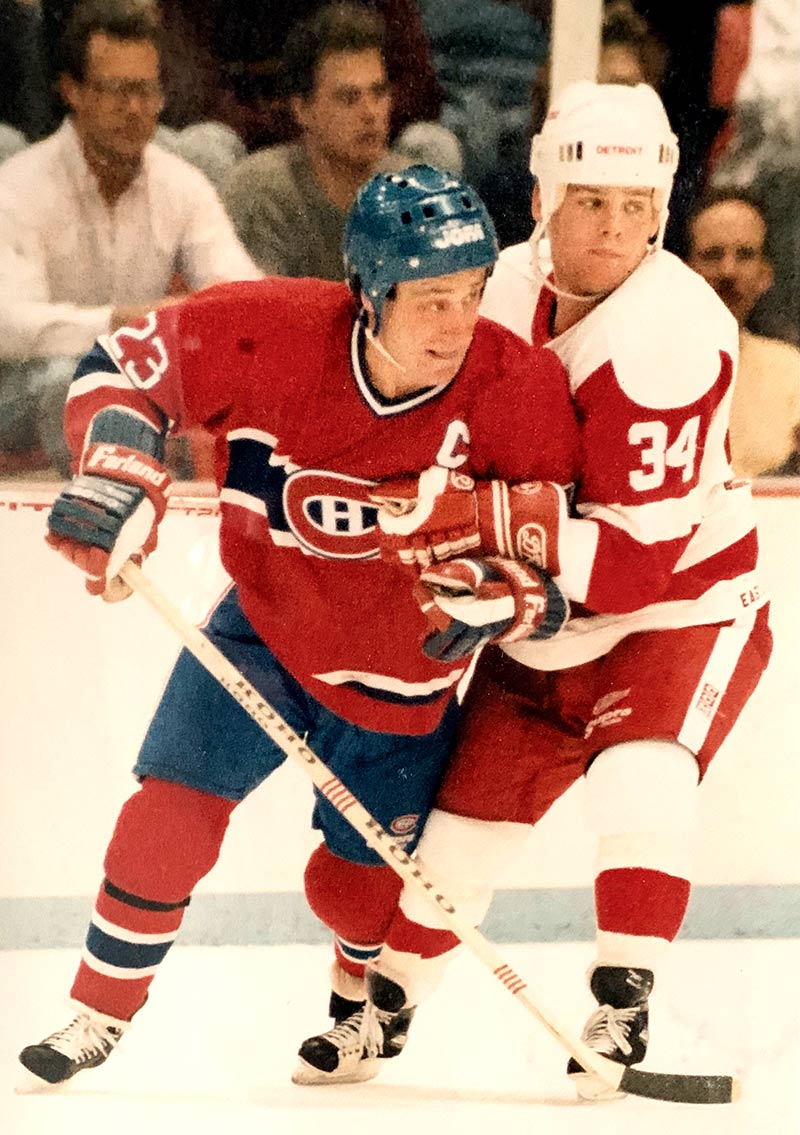 Capt. Jeff Sharples (Alaska) firmly believes in the principle of working together to achieve more. Whether flying as an Airbus A320 captain or playing defense for a professional ice hockey team, Sharples knows that to be successful requires collaborating with others. “You just can’t do the things I’ve done and go it alone,” he remarked.

Sharples demonstrated a talent for flying and playing hockey at a young age. As a teenager growing up in northern British Columbia, he spent many weekends piloting one of several floatplanes from his father’s small charter airline business. “If one of the planes was free, we’d grab it and go fishing on a Sunday morning,” he recalled.

When he wasn’t in the air, Sharples was on the ice playing in the Western Hockey League, a player-development sports organization in western Canada and the northwestern United States. He skated for the Kelowna Rockets in British Columbia before relocating to Oregon to play for the Portland Winterhawks.

Returning to play for the Winterhawks after a Christmas break, Sharples was flying from Seattle, Wash., to Portland, Ore., on a Horizon Air de Havilland Dash 8 when he thought to himself, “I’d like to be flying this after I finish playing hockey.” Using benefits he received from the team, Sharples financed many of his flight ratings. And as fate would have it, he would later be hired by the airline. 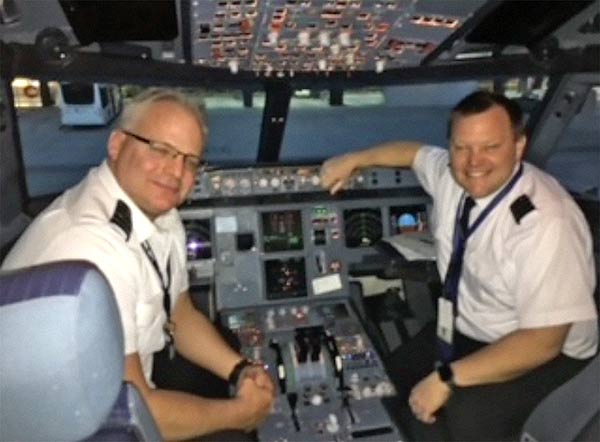 Capt. Jeff Sharples, left, on the flight deck of an Alaska aircraft.

Sharples got his big hockey break when he was selected in the second round of the 1985 National Hockey League (NHL) entry draft by the Detroit Red Wings. During the next three years, he played 105 games for the Red Wings, helping take his team to the playoffs. For the 1986–87 season, Detroit finished second in the Norris Division, beating the Chicago Blackhawks and Toronto Maple Leafs in the playoffs before falling to the Edmonton Oilers.

The following year, the Red Wings took the Norris Division but lost again to the Oilers in the playoffs. Sharples played against Hockey Hall of Famers like Mario Lemieux and Wayne Gretzky, noting that these and other hockey greats consistently think several moves ahead of what’s happening on the ice. “That’s what makes them so special,” he said.

“I was fortunate enough to play in an exhibition game against the Oilers shortly before my first season began,” he remembered. “Going up against forward Mark Messier was a great experience because I realized just how fast he was and how much I had to be on top of my game to keep up with him.”

In 1989, Sharples was traded to the Oilers and spent most of that time playing for its minor league team in Cape Breton, N.S. He later played for the minor league teams of the New Jersey Devils and the New York Islanders before moving onto the Las Vegas Thunder and the Utah Grizzlies of the International Hockey League.

Sharples professionally hung up his skates in 2000. In 2001, he began flying Grand Canyon tours in Beechcraft 99s for Air Vegas. He became a pilot for Horizon Air in 2004 and moved to Virgin America in 2011, which was acquired by the Alaska Air Group in April 2016.

Since his professional hockey days, Sharples has occasionally returned to the rink to go head-to-head in friendly games with buddies like Capt. Rod Buskas (Hawaiian), another former NHL player. Based in Honolulu, Hawaii, Buskas may be best remembered for his days as a Pittsburgh Penguin when in 1990 he became the team’s all-time leader in penalty minutes.

Buskas, who currently serves as vice chair of his pilot group’s Master Executive Council, worked with Sharples and others in 2015 to organize the first-ever Inter-ALPA Hockey Classic between the pilots of Virgin America and Hawaiian Airlines. In back-to-back games, the Hawaiian team prevailed.

These days, Sharples, who maintains dual citizenship with the United States and Canada, flies, works on his pilot group’s Scheduling Committee, and in his spare time provides support to local minor league hockey and the NHL’s Vegas Golden Knights. He also produces a weekly hockey podcast. Drawing from his many years as a hockey player and an airline pilot, he’s learned that a successful outcome requires nothing less than a committed group effort.