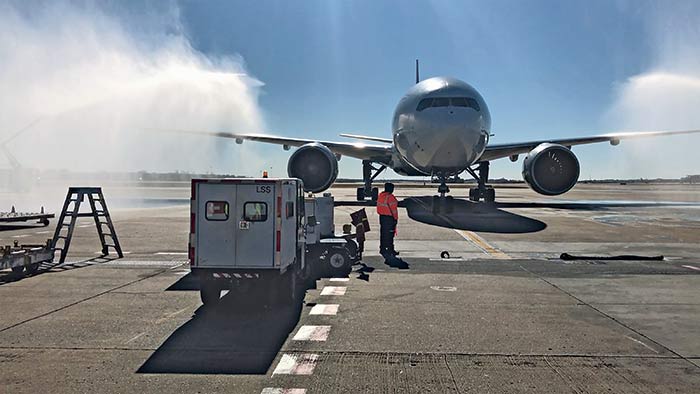 As far back as I can remember, I wanted to be a pilot. I would tie a string from the curtain rod to a chair and put two hooks in the top of the fuselage of my models, then let them fly to a gentle landing on the carpet while imagining I was the pilot. More than once I accidentally pulled the curtain rod down, yet my mother’s patience was unlimited.

I would walk to my local library and lose myself in books about faraway places. One day while looking through the stacks, a book cover caught my eye. It had a Pan Am pilot standing in front of a B-707. I immediately checked it out and raced home to read it. The story was an encapsulation of one of his trips to Paris, France, flying a B-707 and touring the very same monuments I’d been reading about. At the end of his story, he pulled his Porsche into his driveway from what seemed like a vacation rather than work. That sealed the deal for me. I had to pursue this career!

After high school, I attended Embry-Riddle in Daytona Beach, Fla., where I met several lifelong friends who shared my dream. A young Black man pursuing a career in aviation, especially as a pilot, was still unusual in 1971—but I was determined to try.

After graduation, I spent years working in airport management, flight instructing, and flying charters until Flying Tigers hired me as a DC-8 second officer in 1978. That first day my childhood dream became reality, but the best part was meeting a pretty young woman in the Los Angeles International Airport parking lot.

I eventually married that young woman, and almost 40 years later I heard her on the headset saying, “chocks, set brakes, release.” My fleet captain, Capt. John Hunt, had a custom of having a pilot’s spouse perform the final block-in communications to close out the pilot’s career. She was not only one of the first people I met in my career as a pilot, but she was also the final word. 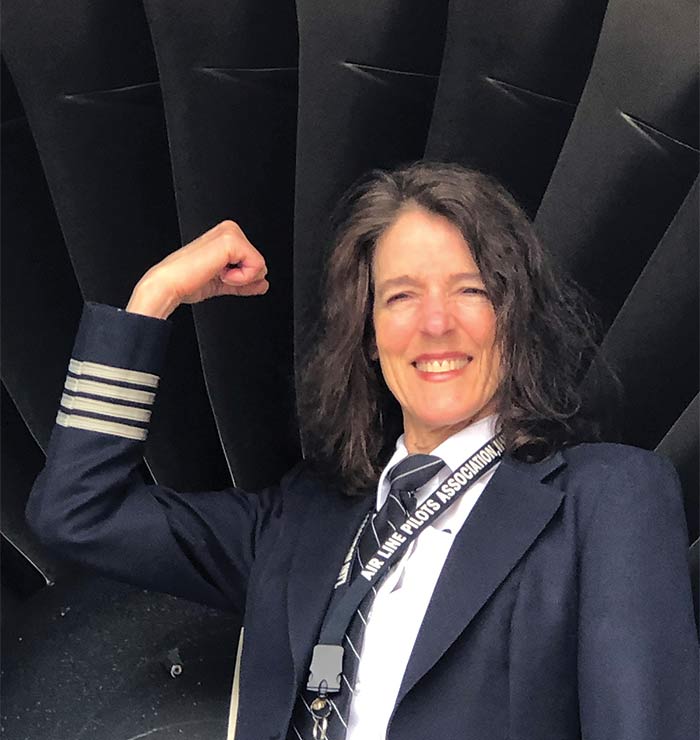 Capt. Laurie Riebeling (FedEx Express, Ret.) shows off the reconstructed arm that caused her final flight to be delayed four months and cost her a healthy bonus.

I came from a flying family. My father had a 41-year career with TWA, my mother was a flight attendant, and both brothers were ALPA pilots along the way. But my own flying lessons at 20 years old were just for fun—until I saw my first female airline pilot. I asked, “Do you mean they pay her?”

Two years later in 1979, I interviewed with United Airlines. But with 1,100 hours, I was still a bit wet behind the ears. Five years later, with much more experience under my belt, I was hired by a still small Federal Express.

Fast forward many years, and the age 65 ruling had taken effect. As our 60th birthdays passed, many of us were unsure of how much longer we’d stay in the cockpit. Like other companies, FedEx was also unsure of how long we’d stick around. So in our last contract, a win-win provision was included that gave certain older pilots a very generous bonus if they gave the company a one-year notice of retirement and flew through the Christmas peak.

I was all set to retire in 2018 at the age of 62. A month prior, however, I was in a bad bicycle accident. Looking at a lengthy rehab, I had to decide whether I just wanted to retire and get my bonus—or waive the money to come back and requalify. It wasn’t even close: I wanted my final flight. A plate, 10 screws, and four months of rehab later, I requalified in my A300.

In March 2019, I took off from Memphis International Airport for my home airport of Oakland International (OAK) on a beautiful afternoon with my dearest friends, Capt. Muriel Zarlingo as my first officer and Capt. Reyne O’Shaughnessy in the jumpseat. My family and friends met our plane on the ramp at OAK on arrival—FedEx had everyone on the ramp to see our taxi in and my fire truck water cannon salute. Best of all, I got to have my 91-year-old father put my jacket on me for the last time. It was a memorable day and well worth the “cost”!