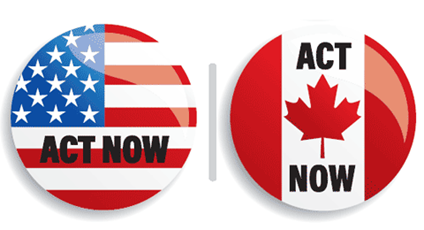 As the preeminent voice of the airline piloting profession, ALPA continues to advocate for regulatory and legislative improvements that will enhance the safety, security, well-being, and work life of airline pilots.

As this year comes to a close, several legislative and regulatory items are in the works and await action that will affect the airline industry and pilot jobs. Take Action Now!

As this issues goes to press, talks continue regarding an extension of the payroll support program, the most effective job-saving program included in the U.S. government’s COVID-19 relief to date. While there’s overwhelming support for extending the program, including in the House, the Senate, and the White House, ALPA is urging Congress that action is needed now to protect the jobs of thousands of aviation workers.

On December 1, a bipartisan group of lawmakers unveiled a new COVID-19 relief proposal that’s reported to include $17 billion in aid for airlines. After news broke of the proposal, ALPA launched a new Call to Action encouraging pilots, frontline aviation workers, and the flying public to turn up the pressure by tweeting and calling their Members of Congress to support a payroll support program extension.

While the inaction of government leaders is intensely disappointing, ALPA remains steadfast. As the window of opportunity for the current Congress to pass meaningful legislation is rapidly closing, this could be the last chance to save thousands of airline pilot jobs and protect the future of the U.S. airline industry. Airlines’ ability to deliver safe and effective COVID-19 vaccines where they’re needed reinforces the vital importance of air transportation—and of the pilots and other workers who make it possible.

On December 12, following the Food and Drug Administration’s (FDA) emergency use authorization (EUA) of the Pfizer-BioNTech COVID-19 vaccine, the FAA’s Office of Aerospace Medicine determined that holders of FAA-issued airman medical certificates or medical clearances may receive the Pfizer-BioNTech COVID-19 vaccine. However, a 48-hour no-fly/no-safety–related duty interval must be observed after each dose, and pilots should be free of any significant side effects from the vaccine before returning to duty.

This policy change applies only to the Pfizer-BioNTech vaccine. Other COVID-19 vaccines will be individually considered by the FAA following the granting of each FDA EUA. ALPA will notify pilots of updated FAA policies for each vaccine as they become available.

ALPA’s Air Safety Organization Aeromedical Group has been working tirelessly to advocate that the vaccine should be approved for use by flightcrew members who are transporting the vaccine, essential workers, and personal protective equipment around the world. ALPA is also lobbying the Canadian government to ensure that pilots, as essential workers, are high on the list to receive early vaccinations and that there’s no negative impact on pilot medical certification.

On November 17, the U.S. House of Representatives passed the bipartisan Aircraft Certification Reform and Accountability Act (H.R. 8408). Introduced by Peter DeFazio (D-OR), chair of the Transportation and Infrastructure Committee, the legislation puts in place the critical reforms needed to ensure a proactive and objective safety culture at all levels. Among the provisions included, ALPA is encouraged that line operating airline pilots will be an integral part of the certification process, ensuring that all newly developed and certificated aircraft will be held to the highest levels of safety necessary to keep the U.S. aviation system the safest in the world.

A similar bill was approved by the Senate Committee on Commerce, Science, and Transportation on November 18. This approval clears the way for the legislation to be considered by the full Senate.

B-737 MAX Return to Service in the United States

On November 18, the FAA published its final airworthiness directive and Flight Standardization Board report for the B-737 MAX, paving the way for the aircraft’s return to service after being grounded internationally since March 13, 2019. ALPA continues to be actively engaged with Boeing, the FAA, and Transport Canada on issues surrounding the aircraft. While these changes are a positive step forward, ALPA continues to advocate for improvements to the FAA certification process in order to further enhance aviation safety. These necessary improvements will ensure that the airline industry doesn’t encounter a similar situation with future aircraft.

Although satisfied with the engineering fixes contained in the airworthiness directive, after a thorough review of the Flight Standardization Board report, ALPA had additional questions for the FAA related to several training-specific items. ALPA pilots and staff were able to address those concerns in a special stakeholder meeting in late November, and ALPA’s Air Safety Organization continues to work with regulators and stakeholders to ensure that, as an industry, the U.S. aviation system is strengthened and that the public’s trust is restored as the B-737 MAX returns to service, which is anticipated at the end of December.

The Canadian government is still developing the protocols necessary to bring the B-737 MAX back into service throughout the country. ALPA Canada leaders continue to work with regulators and stakeholders on improving critical safety systems and pilot training for this aircraft. On November 24, F/O Tim Perry, ALPA Canada president, testified before the House of Commons Transport, Infrastructure, and Communities Committee as part of the committee’s study of the aircraft certification process in Canada. Perry urged the committee to include line pilots and pilot associations as it continues evaluating procedures and training requirements, as well as the handling qualities of any new or modified aircraft.

After months of waiting for details regarding economic assistance for Canada’s struggling aviation sector, on December 1, Finance Minister Chrystia Freeland announced that the government was working on establishing a process to provide financial assistance to major airlines. In addition, Minister Freeland outlined several critical investments directed to airport authorities that, if properly managed, should have a positive spin-off effect for airlines as well.

For months, ALPA Canada has been calling on the federal government for targeted support for the airline industry. Working with other labour groups, ALPA Canada leaders have helped to bring a unified approach in addressing the pandemic while looking to the federal government to protect public health, limit the economic effects on airlines and assist with their recovery, and safeguard the well-being of frontline aviation workers.

While waiting for more details regarding airline assistance, ALPA Canada also continues to call on the federal government to help remove the jurisdictional barriers that remain a major impediment to airlines safely returning to communities across the nation when Canadians are ready to resume travel.