KCM Changes and What You Need to Know 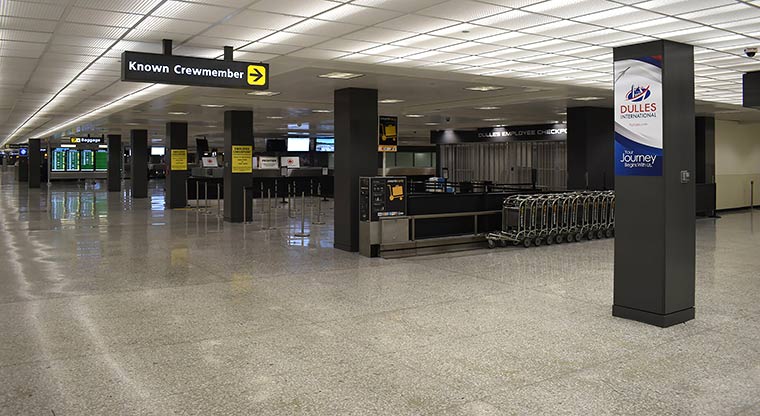 On August 28, the Transportation Security Administration (TSA) implemented new unpredictable screening procedures (USP), which included an automated “randomizer” to select crewmembers for physical screening, as part of the Known Crewmember® (KCM) program. The USP has a lockout feature that prevents pilots from using KCM at any access point in each airport for an unspecified period after being selected for random screening.

In addition, on September 6 an initial plan to require that all crewmembers wear a uniform to use KCM was replaced, at the urging of ALPA and other airline industry stakeholders, with certain security risk mitigations and education efforts. One such mitigation was a requirement for an additional means of pilot identification.

A crewmember who is wearing a uniform must present, as before,

A crewmember who is not wearing a uniform must present

In addition to the new USP, randomizer, and identification requirements, other changes were made to the program that included a cessation of certain crewmember screening exemptions and facilitation expedients. ALPA has received, and is receiving, many pilot reports of the complications and delays being experienced as a result of the combined effects of these numerous program revisions. The Association is actively engaging with the TSA to address these ongoing issues (see “Ongoing Efforts”).

If you’re selected for random screening at a KCM checkpoint, cooperate fully and without delay, and follow the instructions provided by the transportation security officer (TSO). You may be directed to screening at the KCM access point or referred to the passenger screening checkpoint. If you fail to follow the TSO’s instructions, it may result in TSA action and the possible loss of KCM privileges.

Changes to KCM signage at airports and checkpoints will be coming soon and will include the new identification requirements and a reminder of the basic rules—no prohibited items (including pets or pet carriers) are allowed, only your personal property is permitted, and KCM is not to be used for international personal travel.

Under development are improvements to KCM training to enhance participating crewmembers’ understanding of, and compliance with, the program’s rules, including noncompliance penalties.

In the future, the TSA is expected to adopt a standard biometrics protocol that will be added to checkpoints as a highly secure means of crewmember identification.

“We’re very much aware of the difficulties that pilots are experiencing with KCM, and we’re strongly advocating for the changes to the program that we all know it needs,” said Capt. Joe DePete, ALPA’s president, when advising ALPA members about the changes to the program. “ALPA fully recognizes the importance of KCM to pilots in terms of aviation security and the effect on quality of life. We know that KCM is a valuable time- and cost-saving program—for the Transportation Security Administration [TSA], the airlines, and flightcrew members—and our efforts to strengthen and protect this program continue unabated,” he asserted.

“An important aspect of KCM’s historic strength is the ongoing involvement of flightcrew members in policy setting for the program, especially as the Association is one of its founding partners,” Fox noted. “I urged the agency to take steps to ensure that ALPA’s KCM expertise is fully utilized and formally recognized by the TSA going forward, and implement some short-term solutions that will fix the problems that pilots are seeing now at KCM access points.”

The Association is confident that the TSA will respond positively to its recommendations, and it will continue to work with the agency to ensure that the issues concerning KCM are addressed as expeditiously as possible.

KCM, which began in the summer of 2011 as a joint initiative among the Transportation Security Administration (TSA), Airlines for America, and ALPA, is a risk-based screening system that expedites access to an airport’s sterile area by verifying the identity and employment status of flightcrew members. It’s a vital part of the TSA’s risk-based approach to security that allows the agency to redirect its resources to improve checkpoint screenings and overall security for everyone traveling through the nation’s airports.

“KCM was developed to enhance security, and save time and resources,” said Capt. Wolfgang Koch (Delta), ALPA’s Air Safety Organization Aviation Security chair. “Flightcrew members are subjected to high scrutiny before they ever begin training, and that continues throughout their careers. KCM is designed to factor that into a commonsense, risk-based security program that allows everyone to devote their energies to screening those about whom less is known or may pose a threat.”


Having Issues with KCM?

If you’re encountering problems with KCM, including issues with unpredictable screening procedures, or would like additional information on the program, contact your master executive council Security Committee chair or coordinator or ALPA’s Engineering & Air Safety Department at EAS@alpa.org or 1-800-424-2470.