How Congress Has Transformed the U.S. Airline Industry 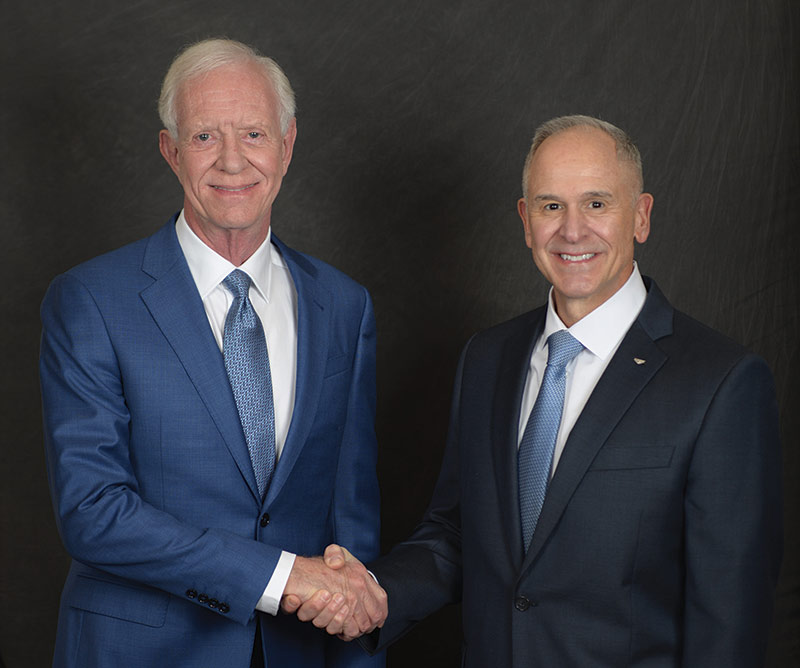 Editor’s note: This article is reprinted with permission from “How Congress Has Transformed the U.S. Airline Industry,” which appeared in the October 5 The Hill.

Recently, lawmakers rightly called attention to the transformative investment that Congress made in the aviation workforce during the pandemic and the tremendous dividends it generated in stabilizing the U.S. airline industry. In 2010, Congress made another aviation workforce investment—the strengthening of qualification and training requirements for new airline pilots. As Congress prepares to reauthorize the FAA, we remind policy makers that these requirements have transformed the safety of flying.

To be an effective leader on the flight deck, one must be the master of the aircraft. This includes each of its component systems; its crew, passengers, and cargo; and the constantly changing environment that surrounds it. Whether during an extraordinary emergency or routine conditions, safety is paramount for airline pilots—and the ability to ensure safety starts with training and experience.

Unfortunately, not everyone in our industry shares this view. In fact, as Americans return to flying, some special interests are actively working to lower pilot training and experience standards. While passengers traveling today on U.S. airlines can have a high degree of confidence that their pilots possess the qualifications, experience, and training they need to perform their jobs safely, this hasn’t always been the case. This country’s current extraordinary flight safety record is largely due to the Airline Safety and Federal Aviation Administration Extension Act of 2010.

In passing the law, Congress stepped in to protect airline passengers after a series of fatal airline accidents, each of which resulted in part from the inexperience and inadequate training of pilots. The resulting federal regulations strengthened airline pilot qualification, training, and experience requirements. Credit is provided for those with military or aviation academic instruction and professional pilot flight training so that only those individuals who don’t have an aviation degree or military aviation background need 1,500 hours of flight experience to pilot an airliner.

Despite the record number of new pilots receiving their credentials from the FAA—on track to top 10,000 this year—some in Washington are working to evade these first officer qualification requirements, while others suggest weakening them to make it easier to become a pilot. If successful, such efforts would force captains to again become on-the-job flight instructors teaching basic skills to an apprentice, rather than pilots-in-command who can count on a fully qualified and experienced copilot.

Recently, the federal government wisely rejected one such safety-reduction scheme by denying Republic Airways’ request to apply lower first officer qualification standards to its operations than the law requires. Republic claimed to offer in-house pilot training equivalent to that provided by the U.S. military and asked the FAA to allow its first officers to fly with half the experience of their peers. As veterans, we know that no civilian flight training is equal to the excellence of U.S. military flight training—and suggesting otherwise is an insult to those who have and continue to serve.

While the government rejected the Republic bid, another regional airline is waiting in the wings with a plan to evade necessary standards via a loophole in the law so that reduced pilot qualification and training requirements would apply to some of its small-community service instead of the current standards. SkyWest Airlines—which receives taxpayer subsidies to provide service to small and rural communities under one set of safety regulations—is now asking to fly these same routes, with the same aircraft, with less-experienced pilots under a lesser set of safety standards. The airline received government contracts under one set of rules, but to avoid the higher safety standards, it’s asking—midflight—to change the rules. This airline’s bait-and-switch scheme must also be rejected by the Department of Transportation.

In the context of a record-shattering year for producing new fully qualified and trained airline pilots, other unnecessary policy measures are being suggested for the same reason—all to boost airlines’ profits. Some are asking that the United States raise the mandatory pilot retirement age—a change that would run counter to the United Nations’ International Civil Aviation Organization standard for age limits, raise safety concerns, and exacerbate the existing pilot training backlog.

The United States can attract more pilots—with a better representation of Americans today—to the profession without jeopardizing safety. Congress can help achieve this goal by expanding opportunities and breaking down barriers to create a more diverse and inclusive air transportation workforce while advancing the U.S. position as the global leader in aviation safety.

On the flight deck, airline pilots are the last line of defense. We don’t depart until we’re certain that the flight can be conducted safely. When it comes to the regulations that ensure a safe pilot workforce, Congress is the last line of defense for passengers, crews, and cargo against special interests that are working to evade, weaken, or repeal the regulations that reduced passenger fatalities by 99.8 percent.