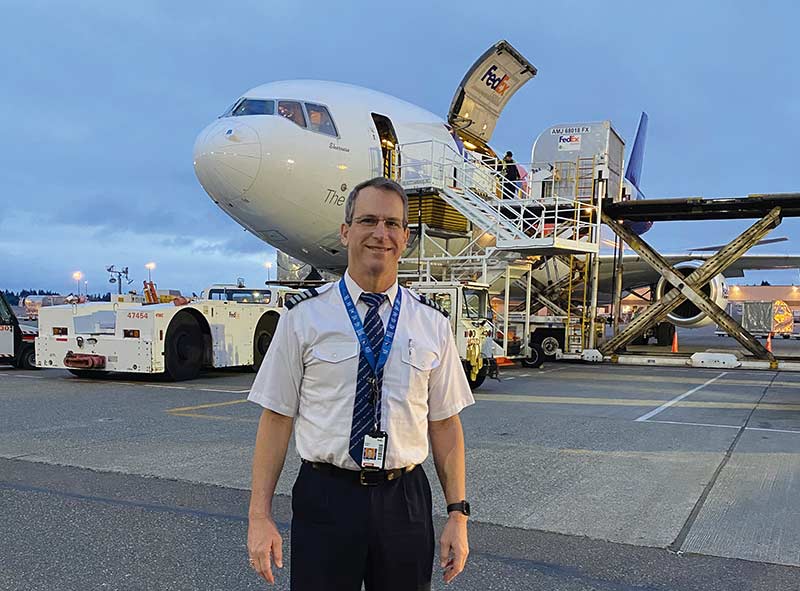 Capt. Richard Hughey (FedEx Ex-press) is the chair of ALPA’s Car-go Committee, which oversees efforts to identify and address the concerns facing all-cargo pilots and operations in the U.S. and Canada.

Editor’s note: This column showcases the efforts of a cross section of ALPA pilots who volunteer their time and talents to advocate for the union’s priorities and the cadre of knowledgeable and passionate staff specialists who support them.

ALPA’s Cargo Committee oversees efforts to identify and address the unique concerns facing all-cargo pilots and operations in the U.S. and Canada by providing expertise regarding safety, security, regulatory, collective bargaining, and legislative issues affecting this segment of the airline industry.

Air Line Pilot sat down with Capt. Richard Hughey (FedEx Express), the Cargo Committee chair, to learn more about the pilot who leads the Association’s efforts on behalf of all-cargo pilots.

Capt. Richard Hughey: Coming out of Auburn University, I looked for a career path that offered a well-defined purpose, a team environment, and teammates I could trust. As a student-athlete, I considered other careers, but none offered what the military, and specifically military aviation, could. Ronald Reagan was president at the time, and the military was expanding. I saw a growing Department of Defense and was fortunate to be accepted into the U.S. Navy to become a naval aviator.

I was also fortunate to meet my wife, Christine, in 1987, and she’s made a positive, levelheaded influence on my life. We were married a year later, and in 1989 she pinned on my Navy pilot wings, and we received orders into the U.S. Navy fighter community—a community with high expectations and a strong demand for performance, just like an athletic team. I was all in, despite the steep learning curve and demanding flying.

In 1996, I transitioned from the U.S. Navy into the Alabama Air National Guard and shifted to the U.S. Air Force’s culture. At that same time, I was hired by FedEx Express, which operated just under 200 aircraft and employed about 2,000 pilots, and I had no idea what was in store for me!

In my 25 years with FedEx, the airline has grown to include more than 380 aircraft and approximately 5,000 pilots, who conduct some of the most demanding flying in commercial aviation. Early on, when I was in my mid-30s, I was flying five straight nights of hub turns without a way to sleep, and it was tough. I became interested in why we built our flying schedules a certain way, as I knew it wouldn’t get easier as I got older.

It’s worth noting that while in the military some of the most amazing pilots I served with, including a few who were my best friends, died in flying accidents. From that point on, I began to realize that if it could happen to them, then it could happen to me. From that realization, I asked myself why we lost them. The accident investigation models employed back then didn’t do much more than blame pilots for not doing what they were supposed to do, rather than examining and attempting to understand why, at the time, they chose a particular course of action.

The experience of flying in two different branches of service shaped my views on how both culture and operational environment might play a role regarding why the accident rates were so different between these two military services. This mindset prepared me for my forthcoming ALPA work.

Hughey: In 2009, the FedEx pilot group’s Scheduling Committee needed some volunteers, and I thought it would be a good fit for me. At the time, the committee’s chair, Jim Ingalls, was a fellow new-hire classmate of mine. He pulled me in immediately to work on the Scheduling Improvement Group (SIG) with him. I was new to this, but because I was working with Jim, my first ALPA mentor, I was willing to learn and serve. Shortly thereafter, he asked me to be the SIG chair and then the Scheduling Committee chair. In 2014, after a few years of working through some challenging scheduling issues, Scott Stratton, then the FedEx Master Executive Council chair, asked if I’d be interested in chairing the ALPA President’s Committee for Cargo (PCFC). I had little clue about what the position required, but I was willing to learn and support our pilots.

3. What are your roles and responsibilities as ALPA’s Cargo Committee chair?

Hughey: In early 2021, with the support of Capt. Joe DePete, ALPA’s president, the Executive Board transitioned the PCFC to the ALPA Cargo Committee, a continuing committee within ALPA’s structure. The Cargo Committee focuses on the safety, security, and industrial aspects of all-cargo operations and the movement of cargo. It develops strategies for the safe and secure transportation of cargo in all aspects of all-cargo and combination passenger/cargo operations. As such, the committee is made up of pilots from carriers that conduct all-cargo operations, passenger operations, and combi operations—all tasked with implementing strategies to safely and securely transport cargo, including dangerous goods. 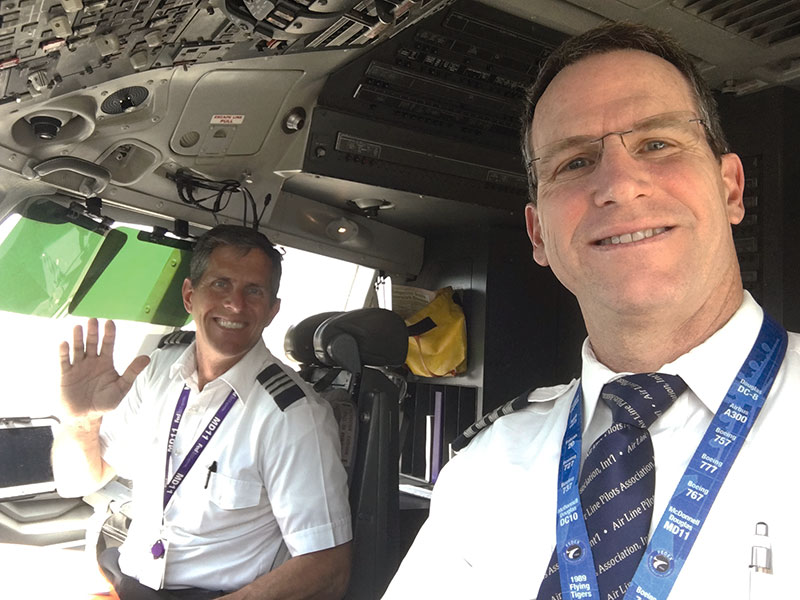 Hughey, right, and F/O Tim Aslin (FedEx Express) on the flight deck of an MD-11 flying from Memphis, Tenn., to Portland, Ore.

Hughey: Teamwork is key to achieving our goals. The Cargo Committee’s pilot subject-matter experts engage regularly with staff members in ALPA’s Engineering & Air Safety Department. As an example, we’ve worked together to highlight the disparities in accident rates between all-cargo and passenger operations. All-cargo operations have between a seven and 10 times higher accident rate than passenger operations. We’ve been able to show that safety and security decisions based on cost-benefit methods result in cargo pilots working under less-stringent regulations than passenger-carrying pilots. This methodology has skewed regulations for cargo operations regarding aircraft access and security, including the lack of an intrusion resistant flight deck doors; flight-time/duty-time rules; dangerous goods and fire-suppression requirements; airport rescue and firefighting and air traffic control support; extended-range twin-engine operational performance standards; and more. I believe that these issues contribute to the why behind the accident rate disparity between all-cargo and passenger operations. We’re currently working with ALPA’s Government Affairs Department to strategize on how to correct some of these issues.

Hughey: I believe a volunteer needs two things: a willingness to serve and a mind for learning. Once you’ve raised your hand, think about learning some of the following:

As a new ALPA volunteer, you won’t know it all, but with time and great teammates—pilots and ALPA staff—you’ll be able to effectively represent your fellow pilots.