My Final Flight: A Nine-Year Journey 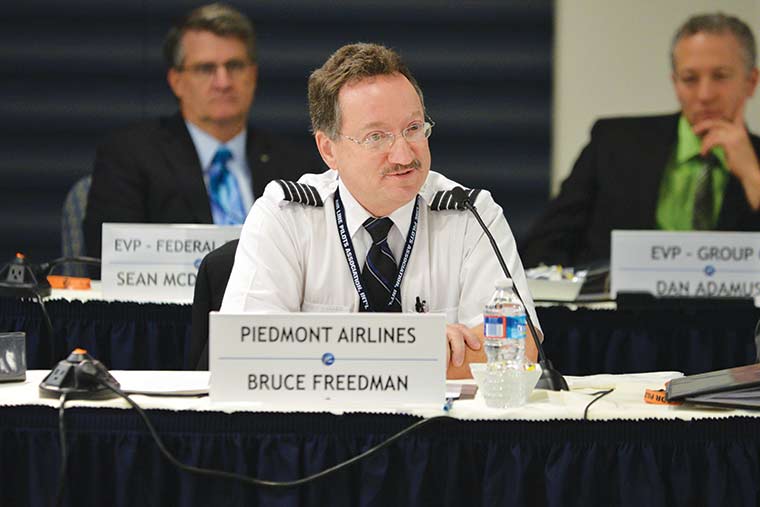 
Come December 25 as the clock strikes midnight, the most wonderful of careers for me will chock in at home. No marshaler is required because no plane is parking.

It all began when I was a kid in Boston, Mass., drawing planes and rockets and ignoring teachers. I did such a good job of not paying attention that I was invited to remove myself from the engineering program after my freshman year of college. With aviation and an airline career distracting me, I found a college program that fit my interests.

Flying was all I needed after school, and an airline career was in my sights. But my aim was a bit off. Since I didn’t have 20/20 vision, there was no chance of being hired as a pilot at many majors in the 1970s. Hello to the commuter world of airline flying. In May 1979, I got my first airline job: $150 a week flying a Navajo Chieftain. I was off and running—until later as a captain I was amazingly discharged when I wouldn’t fly a Navajo with an inoperative heater on a cold January night.

I went back to work to reenergize my rather new career. I moved through multiple commuter airlines in the early 1980s. On Sept. 10, 1982, I became an ALPA member. It didn’t take long to realize that what got me terminated at airline number 1 would not have happened as an ALPA member. This piqued my interest in considering union work—as well as a need to know what was really going on.

So for the 37 years I’ve been an ALPA member, I’ve spent a good part of 30 of those years volunteering, holding local council positions and the master executive council (MEC) chair position at two carriers. Being an MEC chair certainly allowed me to see what was really happening and gave me the opportunity to help my pilot group to the best of my ability. As fate would have it, my last flight was on Oct. 31, 2015, a date on which I never imagined I’d take my last flight. Through the oddities of my training to qualify in the E145, some divine power must have determined that I should do the work of the MEC chair full time at Piedmont Airlines. Go figure, but who am I to tangle with that kind of power?

For me, my years of union volunteering have been as rewarding as a flying career would be. I’ve been exposed to so many volunteers with so much knowledge that it humbles me. Spend a week at ALPA’s Air Safety Forum, and you’ll know what I mean. I’ve sat in on every council meeting at the event, always welcomed even though I wasn’t a subject-matter expert on the particular specialty of the moment. I’ve attended just about every seminar on every topic that ALPA has presented. It’s amazing to me what must be done to protect and defend the airline piloting profession.

As MEC chair, I’ve used every resource at ALPA. The staff is brilliant and dedicated and always patient with someone who’s learning on the job. After almost nine years as the MEC chair at Piedmont, and with the assistance of my many MEC members and committee volunteers, I’ve enjoyed helping pilots, resolving issues, and keeping the lines of communication open with management. I’ve dealt with bankruptcies, mergers, layoffs, total fleet transformation, and a healthy dose of pilot assistance. I’ve vented with my labor relations counsels on topics only they could understand as the mega-turnover of volunteers is nonstop. I’ve had the privilege of working with the Executive Board and my fellow MEC chairs, many of whom have experienced similar events as I’m by no means unique.

So my “final flight” has been a nine-year journey. Wherever my cell phone is, I’m on the job. My final sunset or scenery has been my phone and laptop, and I can tell you that they’ve provided me the best views for this airline pilot.

Do you have a story worth sharing of your final flight? It can be about the emotions that ran through you, something special or unique that happened during the flight, reminiscences about a successful career, or a look back at the evolution of the industry as you sat in the cockpit. Learn more and submit your story.