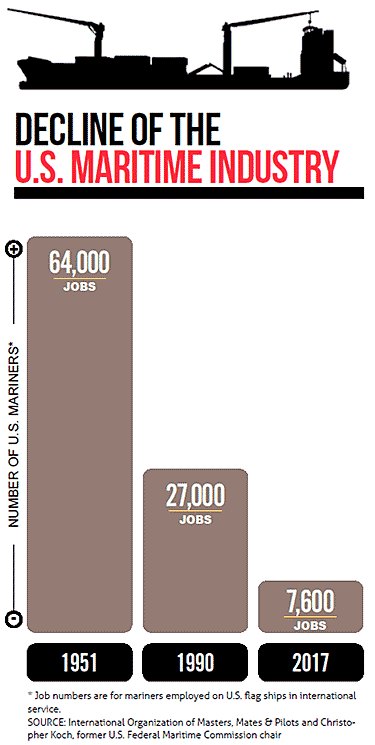 “We all know that some foreign airlines use flag-of-convenience operations to place parts of their business in different countries around the globe to undercut tax, labor, and safety regulations,” said Capt. Joe DePete, ALPA’s president, at a news conference outside the U.S. Capitol when the legislation was introduced late last year. “These venue-shopping efforts allow airlines to undermine pay and benefits for workers, but they also threaten to erode the proactive safety culture that we should demand and that we’ve fostered in the United States.”

The Fair and Open Skies Act (H.R. 3632) was passed by the U.S. House of Representatives Transportation and Infrastructure Committee on Sept. 20, 2019, with the backing of original cosponsors Rep. Peter DeFazio (D-OR), chair of the committee, and Rep. Rick Larsen (D-WA), chair of the House Aviation Subcommittee. In the months since, the number of Members of Congress who’ve joined the list of cosponsors has steadily climbed, with a total of 155 lawmakers signing on to date.

To illustrate the danger that flag-of-convenience business models pose to airline pilots’ careers, ALPA’s pilot advocates point to the job decline in the U.S. maritime industry. For mariners in the United States, the proliferation of flag-of-convenience registries over the last decades has triggered a precipitous drop in the number of jobs from 64,000 in 1951 to only 7,600 in 2017.

“We don’t want the airline piloting profession to be decimated in the same way that the maritime profession has suffered,” said Capt. Doug Mattson (United), a member of his pilot group’s Master Executive Council Legislative Affairs Committee. “Flag-of-convenience business practices have cost tens of thousands of mariners their jobs and brought down wages for workers across the entire industry. If allowed to operate international flights to U.S. soil, foreign airlines with flag-of-convenience business practices would threaten every U.S. airline pilot’s job and livelihood.”

Among the key provisions of the bill, the measure would prevent the Department of Transportation (DOT) from authorizing new EU airlines to serve the United States under the U.S.-EU Air Transport Agreement unless the secretary of Transportation finds that doing so would be consistent with Article 17 bis of the agreement. Article 17 bis, which ALPA played an instrumental role in developing, makes clear that beneficiaries of the U.S.-EU agreement aren’t allowed to weaken labor standards.

“This bill states that preventing a foreign airline from undermining labor standards is, in fact, in the public interest,” said DeFazio in a news release regarding the introduction of the bill. Under current law, the DOT must ensure that granting a foreign carrier a permit or an exemption to serve the United States is in the public interest. If passed, this bill would codify in law that protecting labor standards and preventing the entry of flag-of-convenience business models are part of the DOT’s public-interest criteria. “The Fair and Open Skies Act will ensure safety throughout our airways by making sure foreign airlines aren’t skirting regulations or labor standards,” said Rep. Rodney Davis (R-IL) in the same statement.

ALPA pilots from Florida, Texas, California, and Colorado have sent the greatest number of letters urging lawmakers to cosponsor the pro-jobs, bipartisan legislation. “I’ve seen firsthand the power of ALPA’s Calls to Action, as I’ve met with Members of Congress and their staff,” said Mattson. “The awareness and interest in the issue is immediately elevated in a congressional office when the lawmaker receives input from his or her constituents on our pilots’ issues.”

ALPA members’ participation in the Association’s Call to Action on the Fair and Open Skies Act (H.R. 3632) couldn’t be more important as ALPA makes the final push to sign on cosponsors to bring the legislation to the House floor. If you haven’t already participated, add your voice today.


Atypical Employment Model Threat Intensifies for Pilots Around the Globe

“We do want a level playing field,” said Michael O’Leary, Ryanair CEO, in a recent opinion piece titled “EU support for flag carriers risks long-term airline industry catastrophe,” which was published in the Financial Times on June 3. In the piece, O’Leary also called on the European Commission to forbid an EU country from exclusively supporting its own airlines and to act against what he called “a bias in favor of national airlines from big countries with deep pockets.”

At the same time the Ryanair CEO complained that EU countries favor their own carriers when dispensing bailouts, his airline pits one European country’s pilots against those of another by transferring flying to cheaper bases with little notice. In addition, the airline misclassifies many of its pilots as self-employed or independent contractors and fails to respect the collective bargaining agreements it has with other employees. This atypical employment model makes it impossible for Ryanair pilots, who work in more than 80 bases across the EU, to maintain a direct employer-employee relationship regarding pay, benefits, and working conditions.

During the COVID-19 pandemic, Ryanair management has announced layoffs, base closures, and wage cuts for its pilots and other employees. “We’re continuing to meet our pilot and cabin crew unions across Europe to finalize up to 3,000 job cuts and 20 percent pay cuts as we return to approximately 40 percent of our normal flight schedules from July onwards,” said Darrell Hughes, Ryanair’s people director in a May 15 statement. At the same time, the Belgian Cockpit Association reported that Ryanair told shareholders on May 18 that its strong cash balance will allow it to “weather Covid-19 and emerge stronger when the crisis passes.”

As a member of the International Federation of Air Line Pilots’ Associations (IFALPA) COVID-19 Response Team, ALPA has helped lead a series of meetings with Ryanair pilot representatives to assist them in developing specific strategies and tactics to counter the company’s conflicting information and calls for concessions. “We’re working to help Ryanair pilots and other pilots who fly for transnational airlines in Europe to find ways and means to level the labour playing field by defending collective bargaining agreements and coordinating a voice for all of the company’s pilots,” said Capt. Brian Shury, ALPA Canada Board vice president and executive vice president of IFALPA’s Professional and Government Affairs group.

“Through our efforts on Capitol Hill and our work at IFALPA, ALPA is fighting to block foreign airlines’ flag-of-convenience and atypical employment models from harming our pilots,” said Capt. Bob Fox, ALPA’s first vice president, who directs the Association’s international efforts. “At the same time, ALPA is bringing our union’s resources to bear to assist the pilots of Ryanair and others in the global pilot community to protect the airline piloting profession worldwide.”

As international passenger flying restarts in the era of COVID-19, the United States and China are exchanging air service policy volleys—and ALPA is closely tracking the developments.

In late March, the Civil Aviation Authority of China (CAAC) announced a new policy limiting foreign airlines to no more flights than the number they were flying on March 12, a time when no U.S. passenger airlines were flying to China due to the pandemic. This CAAC policy and others created capacity limitations that prevented both United Airlines and Delta Air Lines from resuming flights as planned in June and appear to violate the U.S.-China bilateral agreement. Cargo flights and flights to Hong Kong aren’t affected.

In response, the Department of Transportation (DOT) announced on June 3 that because of the failure of China’s government to permit U.S. carriers to exercise the full extent of their bilateral right to conduct scheduled passenger air services to and from China, it would suspend scheduled passenger operations of all Chinese airlines to and from the United States effective on June 16.

Less than a day later, China’s aviation authority changed its position and indicated in an online statement that it would allow foreign airlines to increase flights beginning June 8, but the CAAC imposed onboard temperature checks for passengers on flights longer than four hours and other conditions.

On June 5, the United States subsequently reversed its decision to bar Chinese passenger airlines but limited China’s rights to two flights each week in the aggregate. The CAAC is to notify the DOT which carriers it selects to operate the services.

This article was originally published in the June 2020 issue of Air Line Pilot.