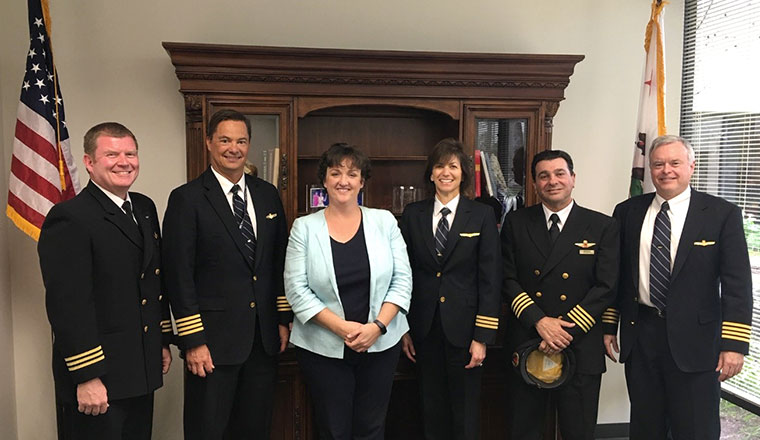 Last year, nine new senators and 89 new representatives were elected to the serve in the 116th Congress. Acting as ALPA ambassadors, district advocates from across the country have seized the opportunity by stepping up and meeting these new members and their staff to familiarize them with ALPA’s pilot-partisan message.

These meetings focus on a variety of ALPA issues, including the implementation of the FAA Reauthorization Act of 2018, which was passed into law in October of last year. ALPA pilots are drawing attention to the requirement that secondary cockpit barriers, which ensure that the cockpit door is secure at all times, be installed on all newly manufactured airliners. Although the mandate in the FAA bill is clear, it has yet to be carried out due to attempts by some to reinterpret the bill’s language to delay the installation of this important security feature. ALPA pilots are optimistic that by meeting with these new Members of Congress, they’ll ensure that the letter of the law is carried out.

Additionally, pilots are briefing these senators and representatives about U.S. Open Skies agreements, which are critical to ensuring a level playing field for U.S. airlines in the global marketplace. ALPA members are highlighting that the government of Qatar hasn’t lived up to its political commitment to compete fairly with U.S. airlines because it’s subsidizing Qatar Airways, the state-run airline, to the tune of billions of dollars.

It’s critical that ALPA members share the Association’s messaging on Capitol Hill. Capt. Hartley Phinney (Delta) met with Rep. John Rose (R-TN), a new Member of Congress, to introduce ALPA and its pro-pilot agenda. “During the meeting, I informed Rep. Rose that I was headed to Atlanta, Ga., for training and that pilots retrain every year. Rep. Rose connected with me on the importance of safety to a pilot’s job. It’s crucial that ALPA’s safety and security messages reach all new Members of Congress.” 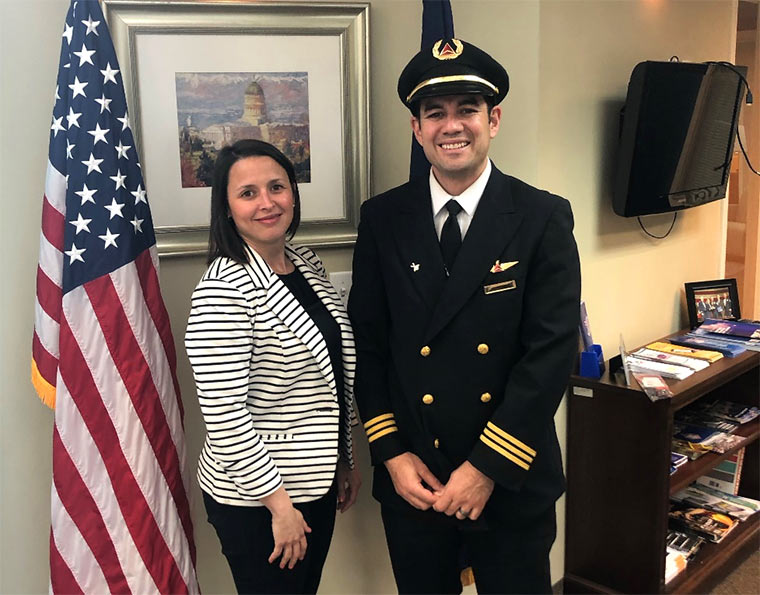 The common thread in all of the Association’s advocacy tools is ALPA members. Pilots are essential to helping deliver the Association’s messaging to Congress. ALPA’s district advocates, 470 pilots strong across the United States, play a key role in putting a constituent face on the piloting profession.

This article was originally published in the June 2019 issue of Air Line Pilot.