90 Years of Flying the Line 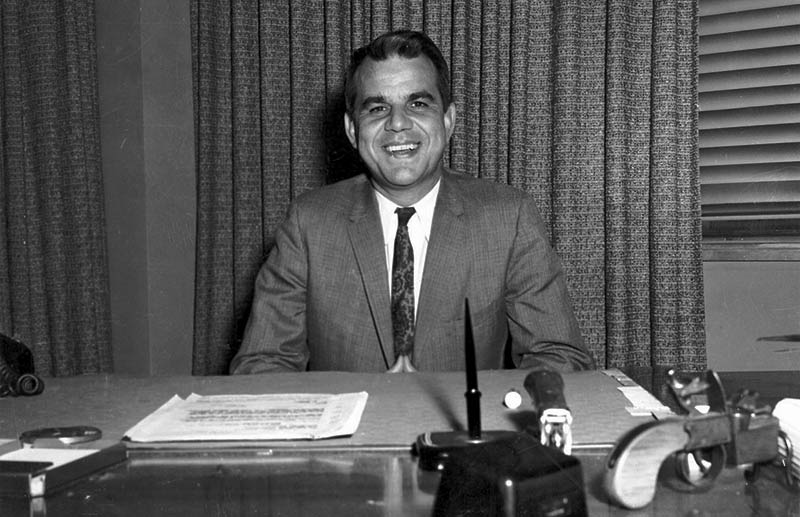 This year marks the 90th anniversary of ALPA’s founding, when 24 “Key Men” pledged themselves to a higher purpose, bettering the working conditions and compensation of their fellow airline pilots.

Air Line Pilot is highlighting chapters from Flying the Line, the Association’s unofficial history written by George Hopkins, that chronicle ALPA’s founding and the early days of airline flying. Why? To remind or inform members/readers that hard-earned gains in safety didn’t happen by accident, that the “safest place on the earth” isn’t an empty motto, and that ALPA has paved the way for 90 years to advance the airline piloting profession to where it is today.

The following is excerpted from the book’s 16th chapter titled “The Sayen Style.”

Clarence Nicholas “Clancy” Sayen came out of the Michigan forests, the son of a lumberjack who had never benefited from an education, but who nevertheless permitted his son to continue in school when he might have easily insisted that Clancy go to work to help support the family. After graduating high school in 1936 and working on a steamer on the Great Lakes, Sayen attended college at Northern Michigan University in Marquette, playing sports and regularly writing for the school newspaper, maintaining a solid A average in his courses, and developing what would prove to be a lifelong taste for the academic life.

Sayen’s career as an airline pilot was short. He started to work for Braniff in June 1944 after learning to fly in the Civilian Pilot Training Program. Before going with Braniff, he had put in a stint as a flight instructor for a local flight school in Kalamazoo, Mich. It was a significant period in Sayen’s life, as he was discovering what he liked best—teaching. His students were naval aviation cadets, mostly older men who had already attended college. Sayen liked the contact with them and the atmosphere of the classroom, even if it was the flight deck of a trainer.

While flying copilot for Braniff, Sayen earned a graduate degree in geography and climatology at Southern Methodist University in Dallas, Tex. To write his master’s thesis, “Commercial Aviation in South America,” Sayen also studied economics at the graduate level and taught himself Spanish. So while working full time for Braniff, Sayen was already establishing himself as a person of rare academic promise. His department chairman at Southern Methodist University hired him as a lecturer in 1946 and, for the next two years, Sayen scheduled his trips around a classroom assignment teaching undergraduate meteorology courses.

By 1947, Sayen faced a major career decision. He had found a home, both emotionally and intellectually, at the university, but he obviously couldn’t pursue a full-time career in college teaching unless he quit flying. At the same time, his fellow pilots thought highly of him, and although the pay for a copilot in 1947 was meager, it was already better than the salaries of some professors.

Sayen was 28 years old, and he didn’t know which path to choose. It was around this time that Sayen began devoting himself to ALPA work on the local level. It provided a balance between academic work and flying. He was elected copilot representative in 1946, attended ALPA’s convention in 1947, and began attracting considerable attention.

A number of people were pushing Sayen for the new executive vice presidency after 1947. But not until May 1949 did Dave Behncke, ALPA’s president, finally choose Sayen from a large field that included several people who had been nominated but had no interest whatsoever in serving. Sayen desperately wanted the position as he was intrigued by the prospect of the challenging job.

After considerable discussion with Braniff, Sayen got permission to work for ALPA for a year. In August 1949, he arrived in Chicago, Ill., to assume his duties on a probationary basis.

Next time: The striking pilots of Southern Airways resort to an unorthodox strategy to improve their work conditions and pay—operating their own airline!